‘If we don’t expose it, who will?’ Militant vegan activist reveals why she chained herself to the killing floor of an abattoir

A woman who chained herself to the killing floor of a Queensland abattoir claims the controversial protest was about animal rights, not veganism.

The woman, Mo Orr, along with 20 other protesters, invaded the Carey Bros Abattoir in Yangan, southeast Queensland, on Monday.

They claim the protest, which prevented 35 workers from starting their shift, was a part of a national day of action by animal rights campaigners. 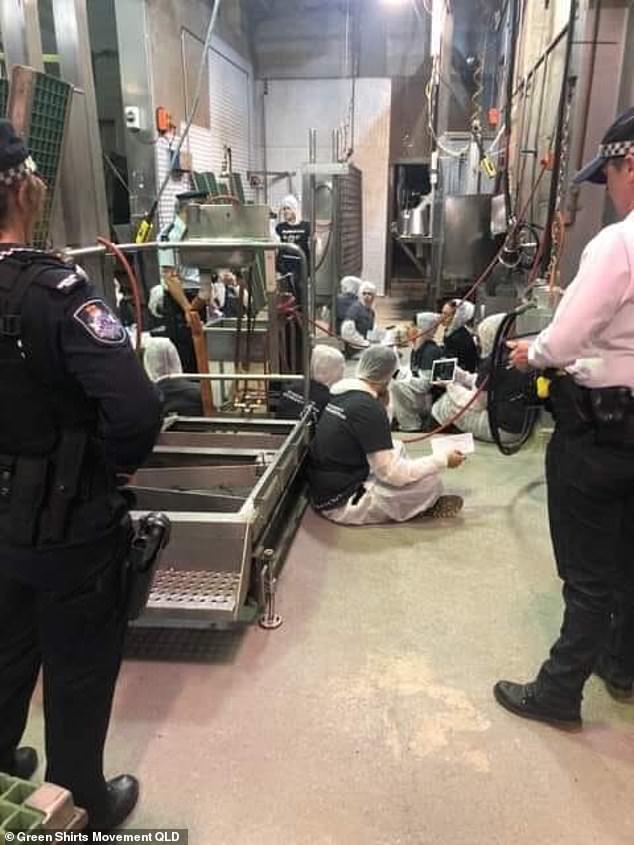 Queensland’s Agriculture Minister, Mark Furner, also chimed in on the debate, claiming the impostors posed as a health and safety risk.

‘We don’t know where these people have been the last several weeks. They could have just returned from Bali – had some involvement with foot and mouth disease,’ he said.

‘The last thing our country needs is some of these crazy people entering our farms with foot and mouth disease, infecting our farms, and wiping out the whole livestock industry in this country.’ 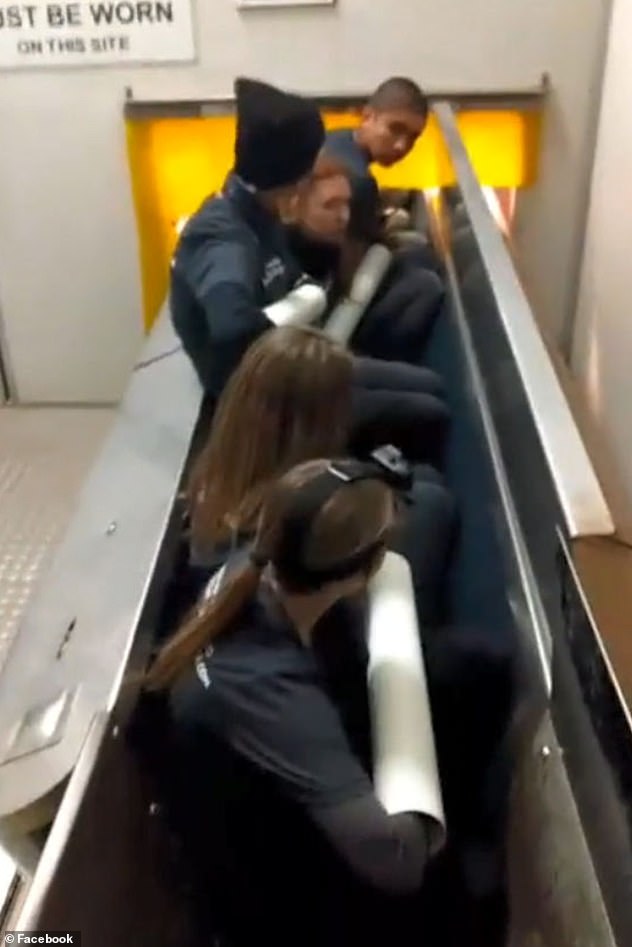 While police have not yet received a complaint, Carey Brothers abbatoir owner, Greg Carey, has indicated he wants the activists to be prosecuted

But Ms Orr scoffed at the statements.

She claims that protesters had taken all possible precautions, and had suited up to manage biosecurity risks.

‘We’re in coveralls, hair nets, and the workers come in thongs,’ she told AAP on Tuesday.

Ms Orr said she joined the protest because she believes Aussies need to understand the horror and cruelty involved in the meat and dairy industries.

‘We are not vegan activists. We are animal rights activists.

‘We believe that most Australians are opposed to animal cruelty but they are unaware that they are funding it every time they purchase meat, eggs and dairy.’ 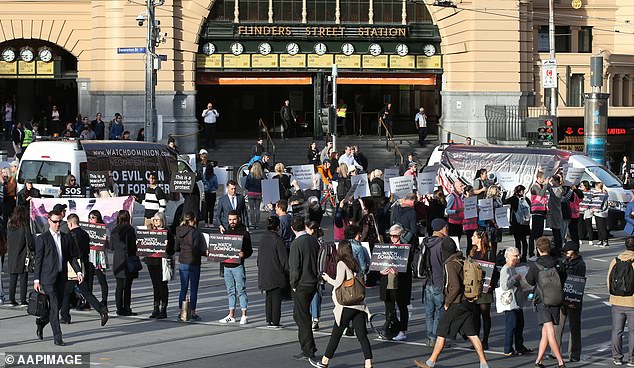 The protest was a part of a national day of action by animal rights campaigners, Ms Orr said (pictured, protesters blocking Melbourne streets)

She said that she accepts she may be charged over Monday’s raid, but still stood by her actions.

‘But if we don’t expose this, who will? Do we just ignore it?’

Ms Orr also said that Monday’s stunt was aimed to raise awareness for a documentary, Dominion, which reveals slaughtering practices many consumers are oblivious to.

She said that she was happy to have saved the lives of three sheep, which were eventually surrendered to end the protest.

While police have not yet received a complaint, Carey Brothers abbatoir owner, Greg Carey, has indicated he wants the activists to be prosecuted.

Mr Carey also claimed that families across southeast Queensland, as far as Rockhampton, could be affected by Monday’s animal rights protests.

‘Thousands of people, from farmers to butchers rely on us. We are one of the last big domestic abattoirs left in Queensland,’ he told the Courier Mail.

Biosecurity Queensland said risks from the movement of the sheep were considered minimal. 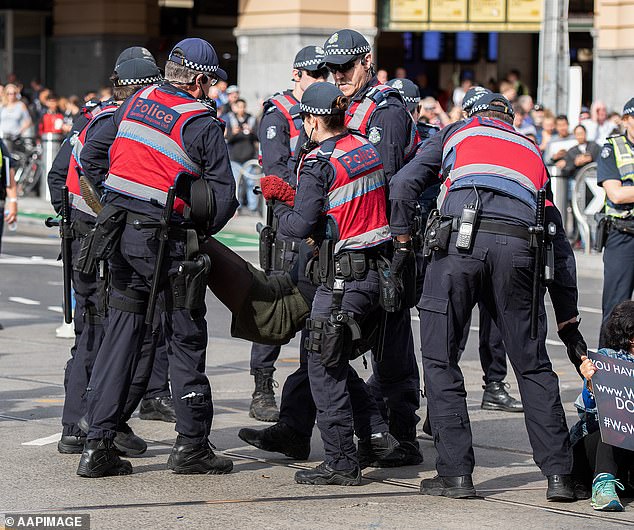 Ms Orr also said that Monday’s stunt was aimed to raise awareness for a documentary, Dominion. Pictured above is a protester being arrested by Victorian Police