Millennials are saddled with $27,000 of debt on average, study warns

Millennials are saddled with $27,000 of debt on average while the younger Gen Z have already racked up more than $14,000, study warns

The average Millennial is laden with $27,000 of debt, while the younger Gen Z have already racked up $14,700, a new study has revealed.

More than a fifth of Millennials cannot tell you their credit interest rates, while more than a quarter of Gen Zers admit they are ‘not at all responsible’ with money.

‘The road to financial security is long, even in the best of circumstances,’ says Emily Holbrook, senior director of planning at Northwestern Mutual. ‘By carrying high levels of personal debt that road gets even longer, often requiring all kinds of detours and other twists and turns.

‘The fact that there’s been some year-over-year improvement in debt levels is good, but the numbers still remain worryingly high.’

Generation Z remain more optimistic than their older counterparts, with nearly eighty percent believing they will achieve their life goals, while 75% of Millennials agree with the statement.

Over half of Gen Z don’t know how much money they have saved, while most Millennials are aware of the figure.

Almost half of Millennials and Gen Zers said they felt guilty about their debt levels at least once a month.

However, across all generations of Americans debt looms large. The study found that a fifth of people feel physically ill several times a year over their money woes, while more than ten percent are anxious about debt everyday.

However, Holbrook believes the study shows that Gen Z are more interested on what they are doing in life than how much money they will make.

In their survey, Northwestern Mutual asked which three things would most improve their lives and Gen Z listed, having more money, but also being more self-confident and doing work you enjoy. 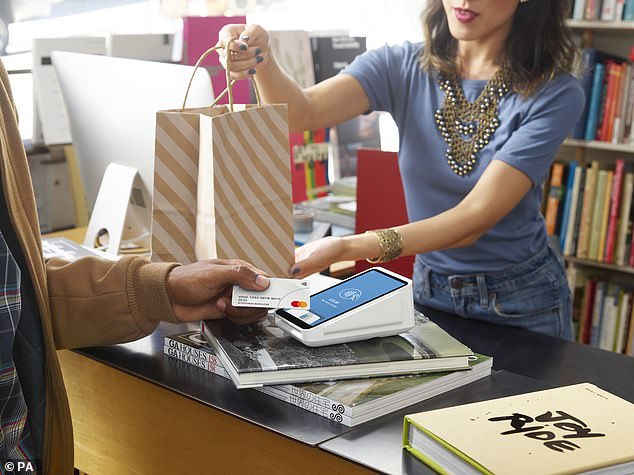 Over half of Gen Z don’t know how much money they have saved, while most Millennials are aware of the figure (file photo)

Holbrook said: ‘Given the age of Gen Zers and where they are professionally, it’s not particularly surprising that more money would have the most immediate impact. But the other two choices are revealing.

‘The desire for more self-confidence and self-reliance illustrates the depth of their uncertainty even if their instincts and motivations appear to be in the right place.