Millennials have lambasted Muffin Break’s general manager on social media – the very platform she accused them of championing as an excuse for laziness.

Natalie Brennan was inundated with negative feedback after giving an interview over the weekend where she said young workers were refusing to take on unpaid internships because they were too concerned with their Instagram clout.

Her controversial claims may have now backfired, with many online saying they will boycott the cafe chain.

She said the rise of Instagram celebrities making their livelihood on the platform gave youths a false sense of self-righteousness and was resulting in a lack of people applying for unpaid work.

‘I think everybody thinks social media is going to get them ahead somewhere. There’s definitely that inflated view of their self-importance because they have X amount of Instagram followers or this many likes,’ she told News Corp on Saturday. 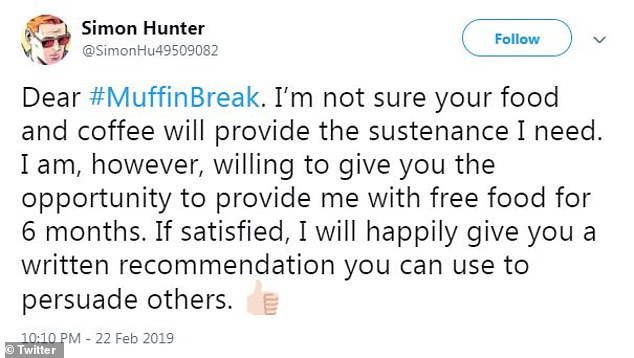 Social media lambasted the general manager’s comments, alluding to a boycott of the cafe chain while saying they would give the business the internship treatment

Now, she says, instead of people knocking on her door for internships with the only remuneration being experience, most were unwilling to ‘put in the hard yards’.

Her comments were critiqued widely and immediately on social media, with many questioning how anyone could live without a wage.

‘Why should we work for free? Working for free won’t pay our rent or feed our children!’ one wrote.

‘Can’t work for free these days. Living costs are exceptionally high to be working for free,’ wrote another.

Others spun Ms Brennan’s comment in which she said majority of her interns went on to paying work.

‘Going to muffin break tomorrow for a free breakfast and if it’s satisfactory I might pay next time.’ 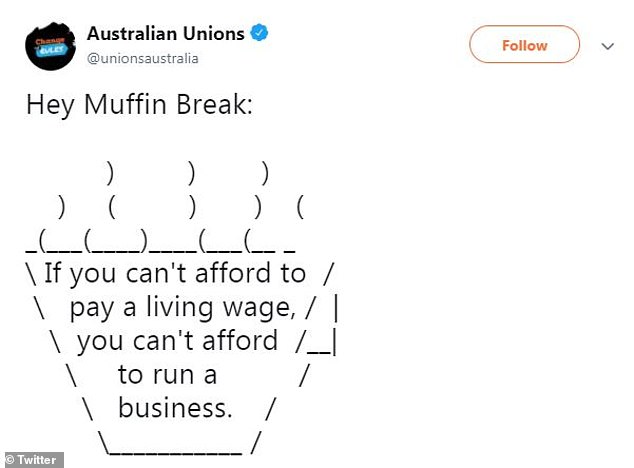 The Australian Council of Trade Unions joined the affray, saying nobody should work for free

The Australian Council of Trade Unions secretary, Sally McManus, said millennials had ‘had enough of being robbed’.

The group’s official Twitter account wrote: ‘People should be paid for the hours they work. Full stop.’ 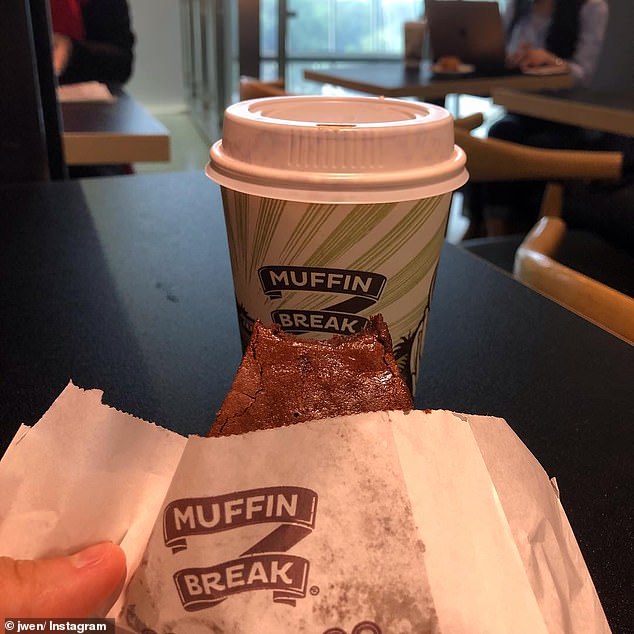 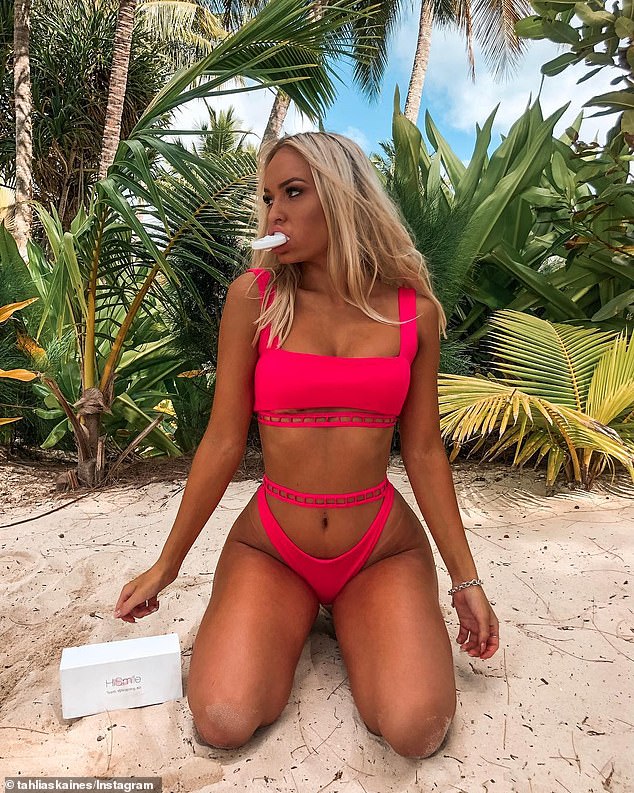 Ms Brennan has since broken her silence, saying the article written by News Corp did not reflect her values.

‘Every day for the last 25 years I’ve worked with young people who are motivated, passionate and hard-working. This is as true today as it was when I started my career.

‘I don’t expect anyone to work unpaid and Foodco Group policy is, and has always been, that all employees including interns, employed either directly or through our brands are paid according to relevant awards.

‘The unpaid work I referred to was supervised programs run through schools, TAFEs or universities, which provide valuable gained experience to people before they enter the workforce full-time.

‘I want to apologise for any misunderstanding or upset caused by my comments.’

Ms Brennan earlier claimed youths she interviewed had a sense of entitlement she’d never seen before, often before they’d even been offered a job.

She said there is now an expectation ‘that you’re going to come into a company and be the general manager or CEO in five years… with candidates asking, “how long before I get my promotion?” when interviewing.’ 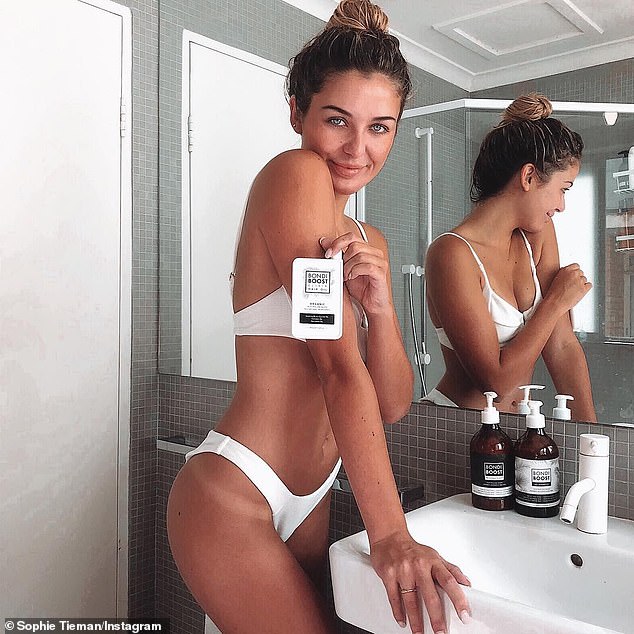 Ms Brennan recalled incidents in which constructive criticism toward employees were skewed to seem like a personal attack.

‘I’m generalising, but it definitely feels like this generation of 20-somethings has to be rewarded even if it’s the most mundane, boring thing, they want to be rewarded for doing their job constantly.’

Online media is now a profitable market for Instagram models and is a legitimate full-time career, with some online stars making thousands of dollars for a single post.

Generally, the influencers are expected to pose alongside a product and provide a review. 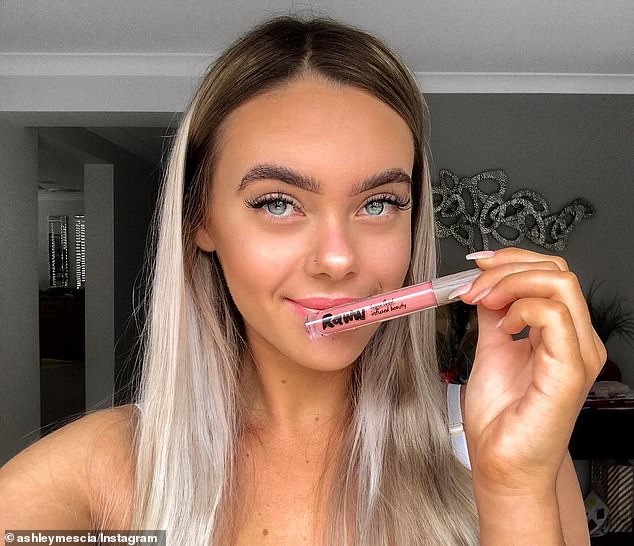 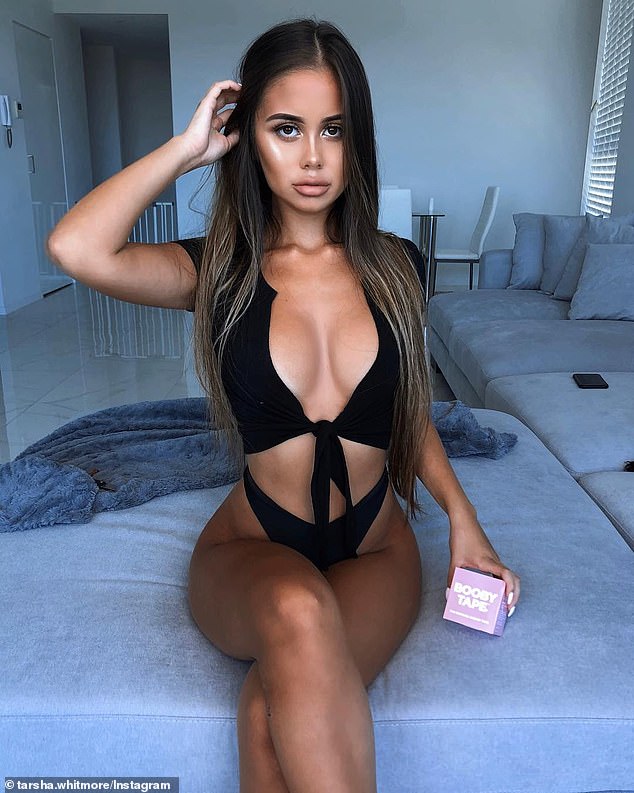