Millie Mackintosh broke down in tears when talking about her own experiences with school bullies as part of a new campaign.

The 29-year-old shared the emotional memories via Instagram for charity Anti-Bullying Pro, which also spoke to other celebrities about their school experiences.

Speaking directly to the camera, Millie said: ‘I would um, you know laugh it off’, as she spoke about her past.

Upset: Millie Mackintosh, 29, broke down in tears as she relived her own experiences with school bullies for a charity campaign

Mille sat behind a desk in an empty classroom as she spoke, in a bid to help anyone else who might be going through the same thing.

It was clear she was struggling to get her words out at one point, but she persevered nonetheless.

Tearfully addressing the camera, she said: ‘I’m sorry it’s all coming back.’ 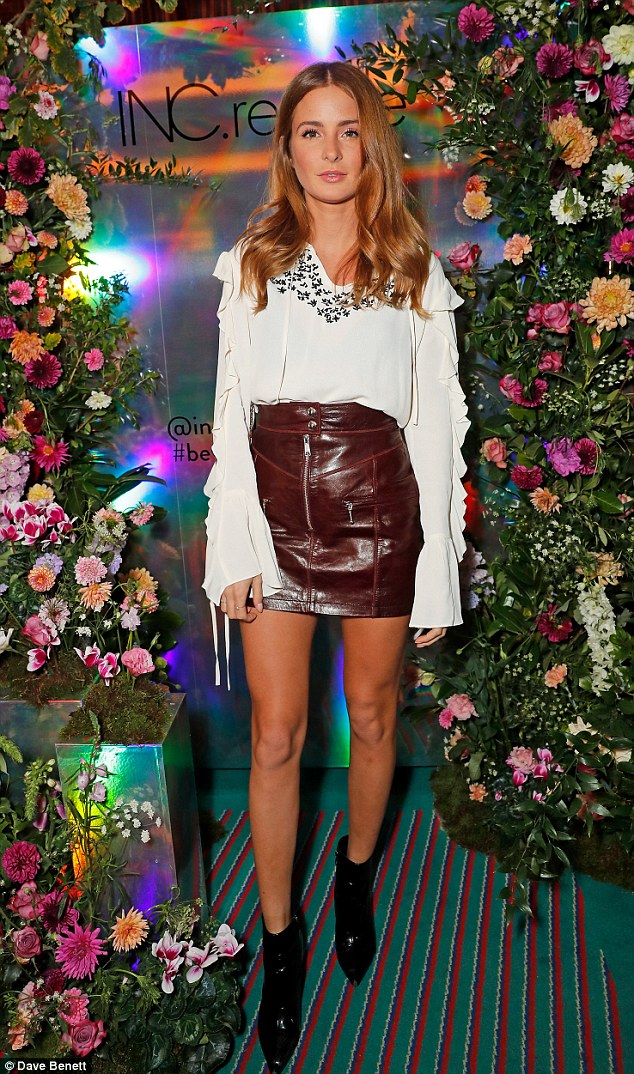 Struggling: The former Made In Chelsea star, 29, broke down in tears recounting the horrific memories for charity Anti-Bullying Pro

Her post is part of a celebrity campaign against bullying as children across the country prepare to go back to school in September.

Millie – who recently married Hugo Taylor – previously said that bullying over her looks left her desperate to leave school.

Before finding fame in 2011 on the hit E4 show Made in Chelsea, Millie was a shy teen with little self-confidence. 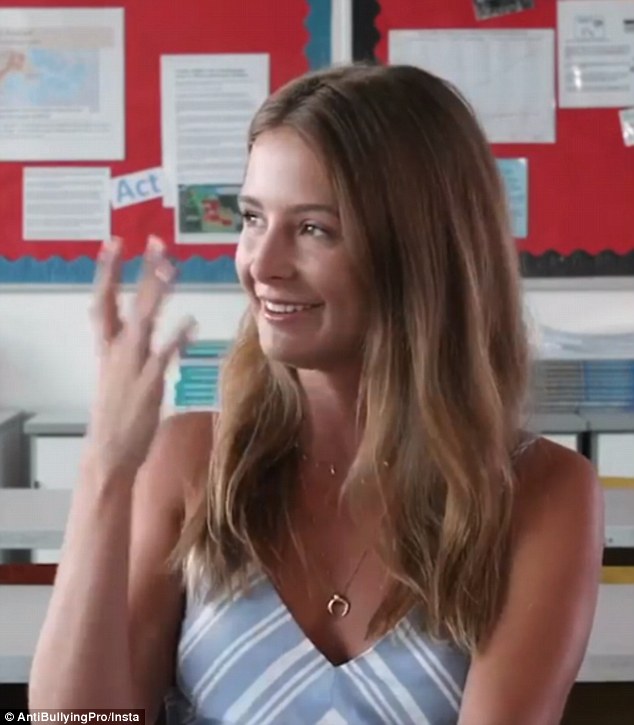 Tears: The reality TV star struggled to make it through her statement as she spoke about how she had found her school days very difficult 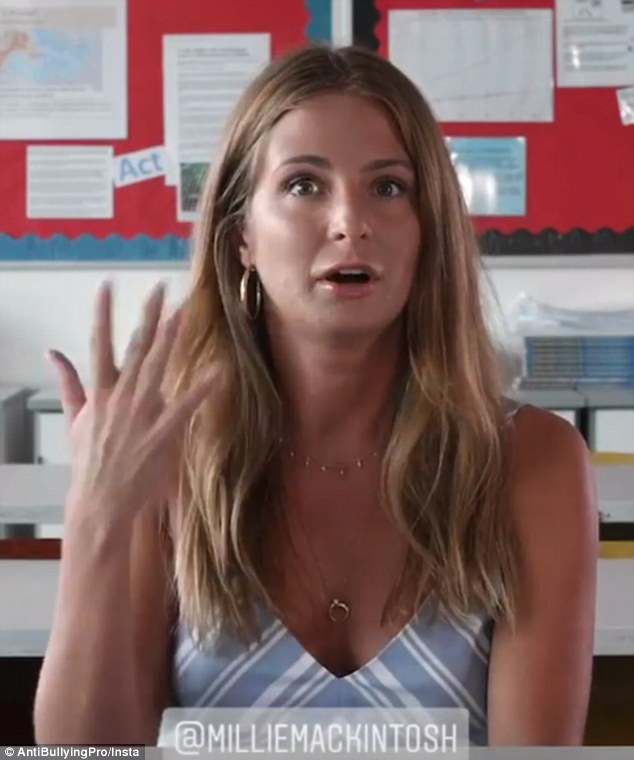 Remembering: Millie was overcome with emotion, and apologised for her tears, as she said: ‘I’m sorry it’s all coming back’

‘I was bullied to the point where I wouldn’t go to school. I was skinny, had glasses and wore braces to realign my jaw, full-on yellow hair after a home dye job and really bad acne all over my forehead,’ she told the Daily Telegraph.

Discovering a love for fitness has helped the star’s body confidence to sky-rocket. She has two personal trainers on opposite sides of London plus one on call when she travels to her favourite holiday destination of Dubai.

Millie has found happiness with fellow MIC star Hugo, 32, and the couple married at his uncle’s country estate, Whithurst Park, in West Sussex on June 22 in front of a host of famous faces. 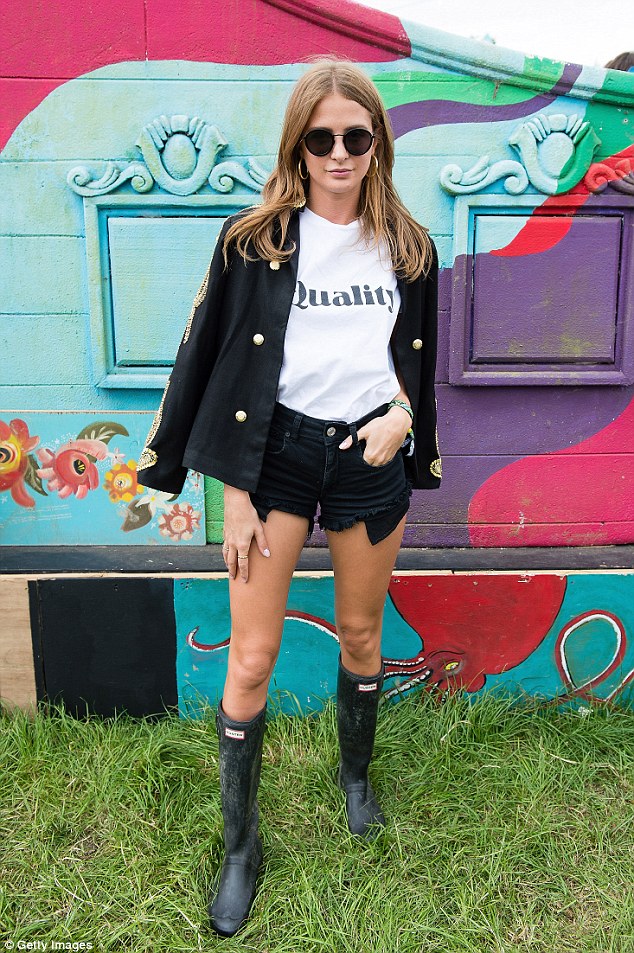 The couple dated in 2011, but split when it emerged Hugo had cheated on her with her friend Rosie Fortescue, who attended the wedding alongside a bevy of their other co-stars including Caggie Dunlop and Jamie Laing.

They reunited in May 2016 shortly after Millie’s split from first husband, rapper Professor Green. Millie was married to the musician, real name Stephen Manderson, 34, for two-and-a-half years.

The couple announced their split in February 2016 and finalised their divorce in May 2016, the same week that Millie went public with Hugo. 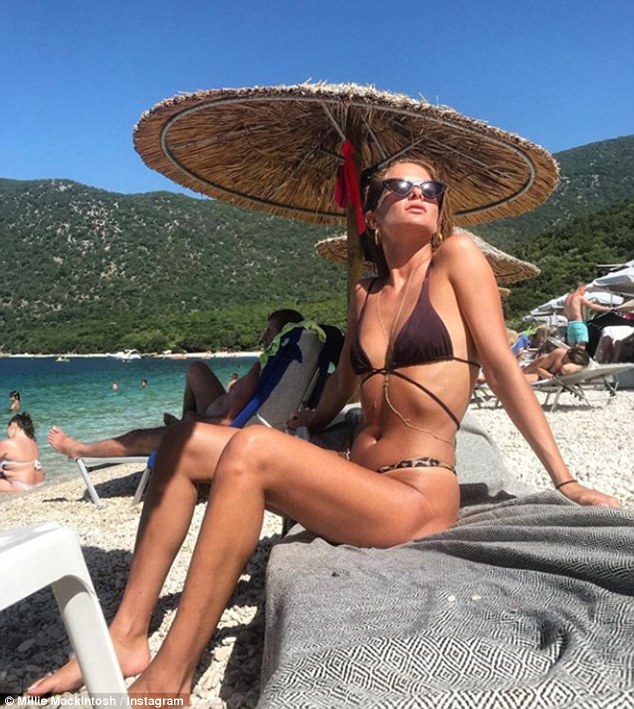 Full of confidence: Before finding fame in 2011 on the hit E4 show Made in Chelsea, Millie was a shy teen with little self-confidence – but has since found a love of fitness and well-being

Hugo then popped the question during a holiday in Mykonos, Greece, in July 2017. Talking about his bride, Hugo told Hello! magazine at the wedding: ‘I knew she was The One within about five minutes of us getting back together.’

Millie concurred: ‘But if we’d stayed together when we were younger, we wouldn’t be together now. We had to go away, do our separate things and grow as people. We needed that time apart.’

After years of partying, it is not surprising that the couple injected details of their wild child ways into the day as they revealed they had named tables after nightclubs they held dear to their hearts – with them sitting on the ‘Boujis’ table.

Speaking of the big day, Millie said: ‘The whole day has felt like an out-of-body experience. Even in my wildest dreams I didn’t imagine it would be this perfect. I am so excited to finally be married to Hugo – he’s the love of my life.’ 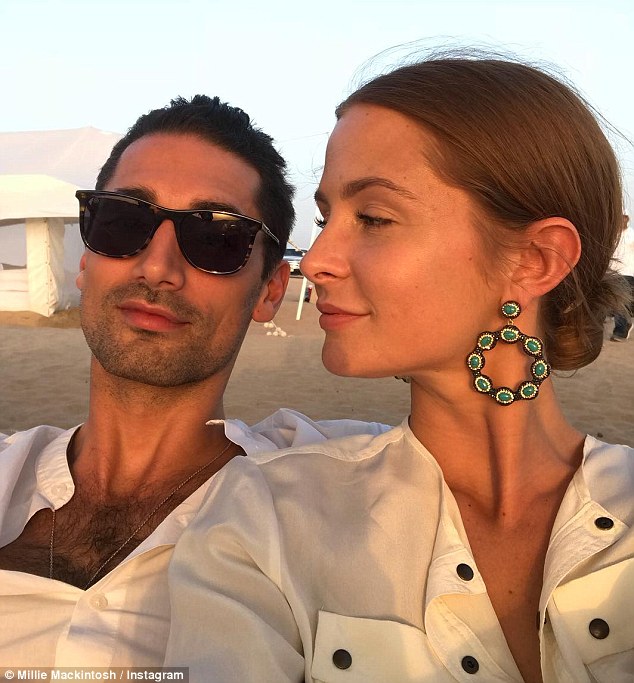 Happiness: The couple tied the knot on June 22 and travelled to Greece for their honeymoon at the start of last month