Millionaire, 66, loses his fight to save Britain’s most luxurious ‘mancave’

A millionaire’s luxurious ‘mancave’ – boasting a casino, bowling alley and cinema – is set to be bulldozed.

Graham Wildin, 66, built the £200,000 den in the back garden of his six-bedroom mansion in Cinderford, Gloucestershire, without planning permission in 2014.

He then ignored an enforcement notice which required the removal of the sports and leisure complex, which is decked out with a bar and squash court.

It even has a 25ft three-storey doll’s house for when his grandchildren come to visit. 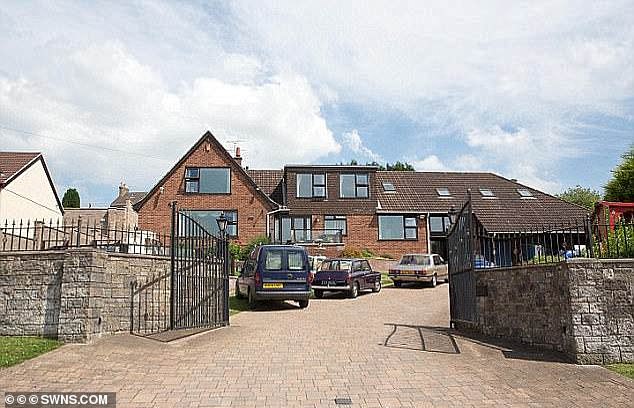 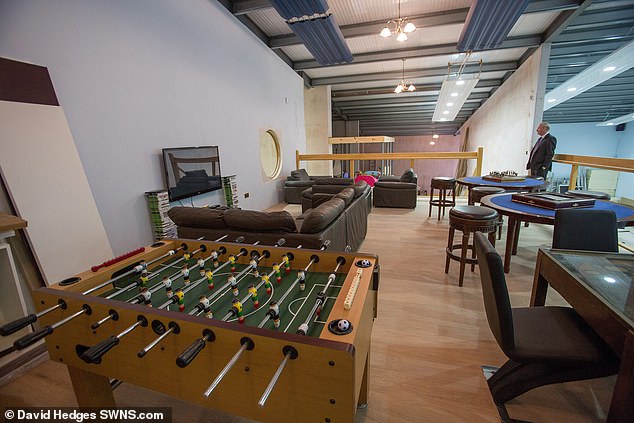 A games room and casino in the lavish mancave, which was built without planning permission

And now the accountant’s fight to keep his lavish sanctuary is over after a judge ordered its demolition.

Mr Wildin was initially given two years by Forest of Dean District Council to bulldoze the 10,000 square feet complex.

But when he ignored the order, the local authority applied to the High Court for an injunction to require him to comply with the demolition notice.

In his ruling, issued on Friday, the judge said Mr Wildin had not taken any steps to comply with the enforcement notice.

He concluded: ‘It is clear to me that he will not do so unless and until ordered to do so by the court.’

The judge said the building ‘has very serious impacts on the living conditions of neighbouring occupiers’. 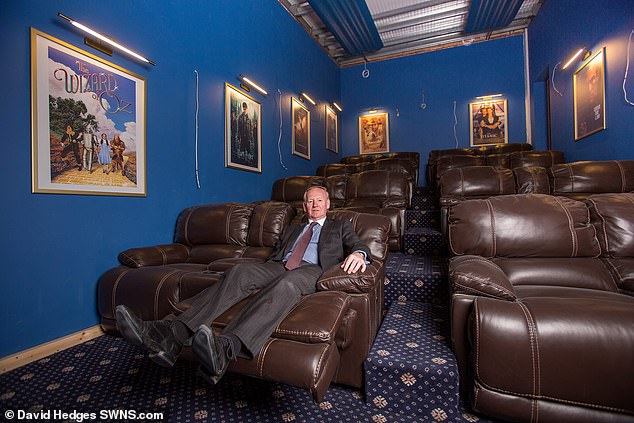 Mr Wildin relaxing in his personal cinema. A judge said the building seriously impacted the living conditions of his neighbours 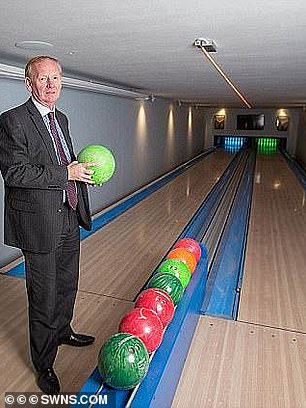 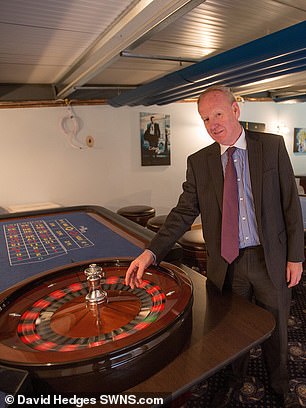 The bowling alley and casino at Mr Wildin’s private leisure centre. He said tearing it down would cost him more than £720,000 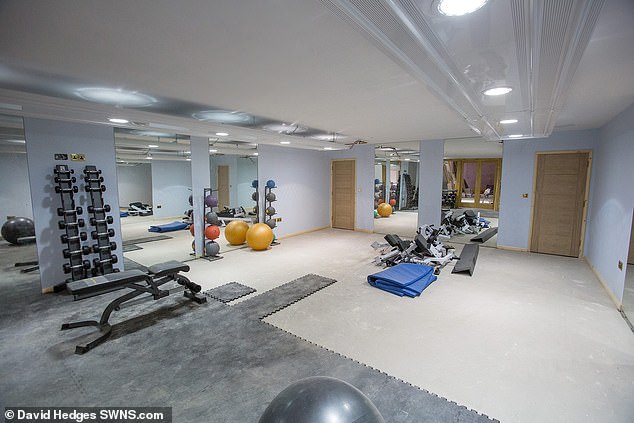 Ultimate mancave: A huge gym in Mr Wildin’s impressive sanctuary, which cost him thousands of pounds to build A relaxation area and games room in Mr Wildin’s mancave, which he has fought for years to keep standing

Mr Wildin told the court last month that an injunction would ruin him.

He said if the ‘mancave’ was demolished it would cost him more than £720,000 and put the jobs of 50 staff members at his accountancy firm at risk.

He told the court: ‘It would be a shame – I’ve worked for 40 years and then lose everything.’

But Councillor Philip Burford, chairman of the council’s planning committee, welcomed the ruling.

‘This decision sends out a strong message that we will act decisively when people try to ride roughshod over our planning laws and show little regard to proper process,’ he said.