Millionaire branded a paedophile by neighbour in land row

Property developer Richard Osborn, 73, was accused of being a paedophile by his neighbour following a bitter land row

A millionaire property developer has told how he became a pariah after a former friend put up posters in their village falsely claiming he was a ‘dangerous paedophile’.

Richard Osborn, 73, had been friends with Mark Phillips, 50, for three decades, but they became embroiled in a bitter two-year row over a plot of land.

That led to a court battle and the feud continued afterwards.

Mr Osborn, a father of two and grandfather, said it came to a head last year when Mr Phillips and his wife Samantha, 50, anonymously made the horrific allegations as an act of revenge.

He said residents now cross the road when they see him and he is scared to go out to restaurants in the wealthy commuter village of Warlingham, Surrey, where he has lived for 37 years.

The retired businessman claimed his health has also suffered as a result and that he has had three strokes.

He brought libel and harassment proceedings against Mr and Mrs Phillips, who own a car dealership. 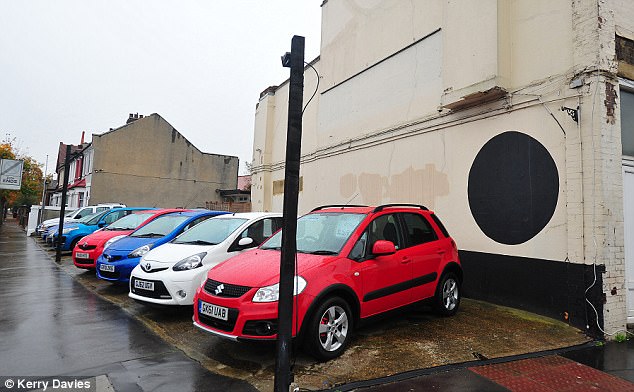 Last Monday, at the High Court in London, the couple withdrew their allegation, apologised unreservedly, and agreed to pay damages – understood to be £50,000 – and his legal costs.

The couple, who live 350 yards from Mr Osborn, have now put their five-bedroom house, which has a Range Rover and a Mercedes in the gated drive, on the market for £1.2million. 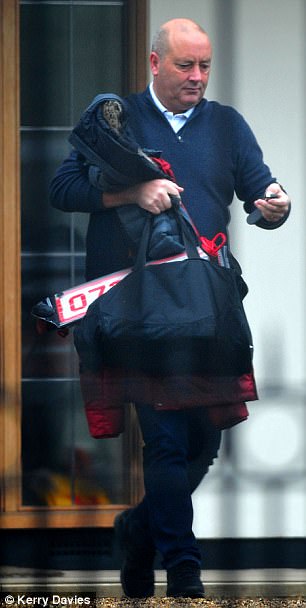 Mark Phillips, 50, and his wife Samantha Phillips made the accusations against their former friend as an act of revenge

Speaking at his £1.5million home in the village, Mr Osborn said: ‘It’s been horrendous, an absolute nightmare. They might only have been allegations, but those are what stick.

‘There’s seven restaurants in the village and I don’t go to any of them now. I don’t feel I can.

‘I don’t want someone shouting out something horrible and I don’t want to run into [Mr Phillips] and for it to kick off. People walk on the other side now – people I’ve known for years. I feel I’m being avoided.’

Mr Osborn, who drives a £60,000 BMW and also owns a home in Thailand, said he first met Mr Phillips, then 16, when the teenager offered to wash cars at the second-hand dealership he ran in South Norwood, south London. He saw Mr Phillips as a protege and later let him take over the car business while he focused on building his property empire.

Mr Osborn said that as their fortunes grew they became good friends and would spend time together at Christmas and in the pub, and would attend each others’ family funerals.

But the neighbours’ close friendship was torn apart five years ago because of a disagreement over a small plot of land Mr Osborn owned next to the Phillipses’ car dealership.

Mr Osborn said Mr Phillips had been parking cars on the 250sq ft area of land. The dispute over the precise location of the boundary of the land was settled at Croydon County Court in 2014. Mr Osborn said it had been resolved in his favour. 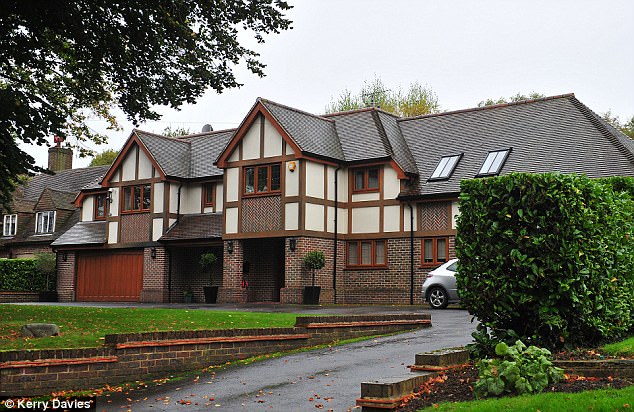 Pictured is Mr Osborn’s home in Warmlington, Surrey, a village he has lived in for 37 years

After that case, the war of words between the neighbours intensified – with both claiming they had reported each other to the police for harassment.

Then, one evening in May 2016, A4 posters branding Mr Osborn a ‘dangerous paedophile’ and giving his address began to appear. He said the posters were put up across the village including on the green, outside a pub, and near the primary school. 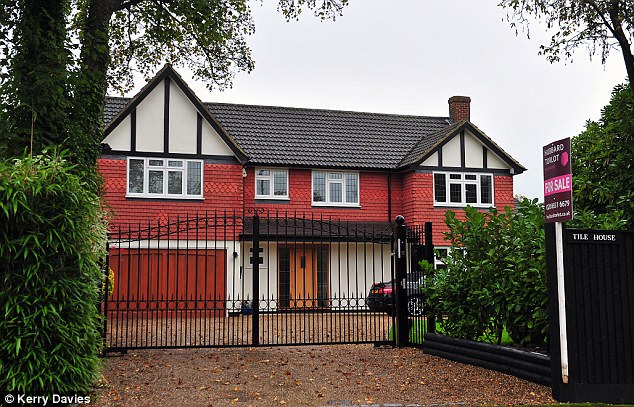 Mr and Mrs Phillips, who lived 350 yards from Mr Osborn, have put their home on the market for £1.2million following the dispute

It later emerged that the culprits were Mr and Mrs Phillips. Police handed out a community resolution order, used for crimes where first time offenders have expressed genuine remorse.

Mr Phillips said he had been ‘provoked’ by his former friend. ‘We’re not horrible people,’ he said. ‘It was a mistake, we all make mistakes in life. It was stupid, I apologised for it, but he wanted more.’

The father-of-one denied it was anything to do with the dispute over the plot of land but refused to say any more.