Who Wants to be a Millionaire winner Donald Fear has revealed how his brother’s advice helped him answer every question put before him.

Mr Fear, 57, used just one of his four lifelines during his Friday night appearance on the programme – which aired one year after his brother Davyth, 60, walked away with £500,000.

History teacher Donald, who lives in Telford, has now revealed how Davyth advised him ahead of tonight’s episode, and his brother’s words came to him as soon as he knew he would be sitting across from Jeremy Clarkson.

He told the Mirror: ‘Instantly when they read out my name and I was fastest, that second I thought right my brother has told me ”go on the show and do a professional job, focus and concentrate”. And I did.

‘So in that moment you see me look serious, there was no punching the air or this sort of lark, I was in the zone. The next thing to negotiate was getting in the chair because I was a bit worried I was going to fall off because I’ve got quite short legs!’

Mr Fear also revealed he had practiced the Fastest Finger First round by ‘button-pressing in the air’ while watching dozens of old programmes.

History teacher Donald Fear, who lives in Telford, has now revealed how Davyth advised him ahead of tonight’s episode, and his brother’s words came to him as soon as he knew he would be sitting across from Jeremy Clarkson 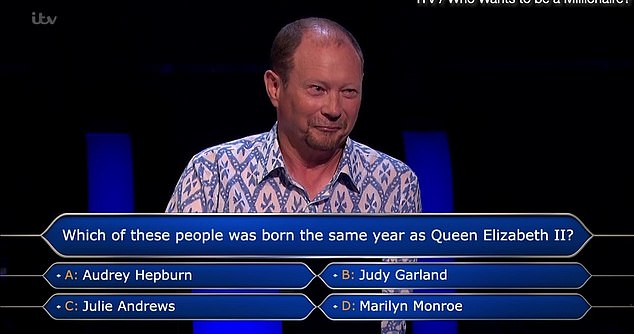 Donald said following his million pound victory that he knew his brother would be delighted for him.

Speaking of his brother, Donald said: ‘Obviously we’ve had simmering rivalry our entire lives, he’s two and a half years older than me. But he could not be more delighted as I was for him when he won on the show.’

The father of four, who has been married to his wife, Debs, a nurse, for 33 years, is the sixth champion in the ITV programme’s 22-year history.

Following his win, Mr Fear and his wife embarked on a caravan trip along the Northumberland coast.

They previously planned to visit Santander, Bilbao and Pamplona in Spain before heading for the Pyrenees, but were thwarted by Covid-19.

Asked how he would be spending his next holiday, Mr Fear revealed he intended to buy a motor home and visit ‘wonderful Britain’.

He said: ‘Much as I’d love to jump on the next plane to the States or something like that, it’s just not an option. 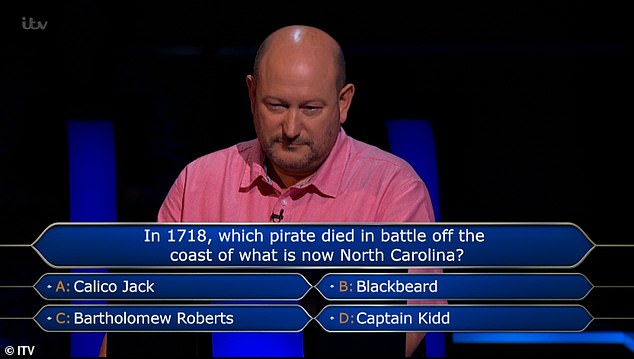 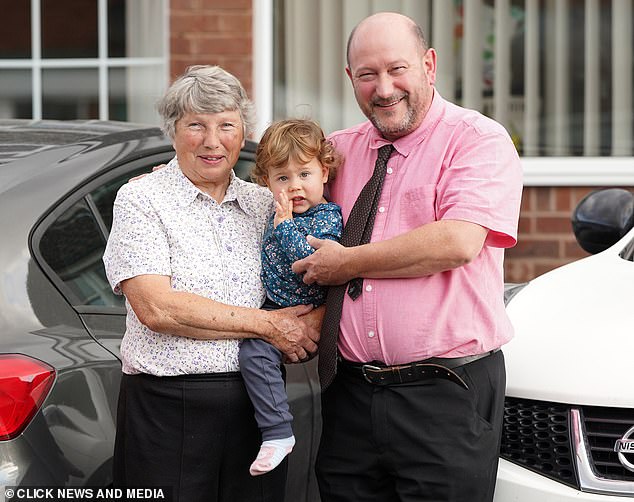 ‘So for the moment it’s wonderful Britain, probably Wales first of all – so a motor home in Wales is what I’m going to spend my million pounds on.’

The show’s host, Jeremy Clarkson, said Mr Fear was like ‘having the Encyclopaedia Britannica sitting opposite me’ and added: ‘It’s Google, in a head’.

Describing himself as ‘a bit of a democratic socialist’, Mr Fear said he planned give at least 70% of his winnings to members of his family and spend the rest on a ‘comfortable retirement’.

He also rubbished the idea of buying an Aston Martin sports car or moving house, saying: ‘It’s in a lovely area and I’ve been there for 27 years.’

Mr Fear only used one of his lifelines, 50:50, to win the jackpot, leaving his two Phone A Friend options and Ask The Host unused.

The episodes were pre-recorded without a studio audience due to Covid-19, with contestants given the option of a double Phone A Friend in place of asking the audience. 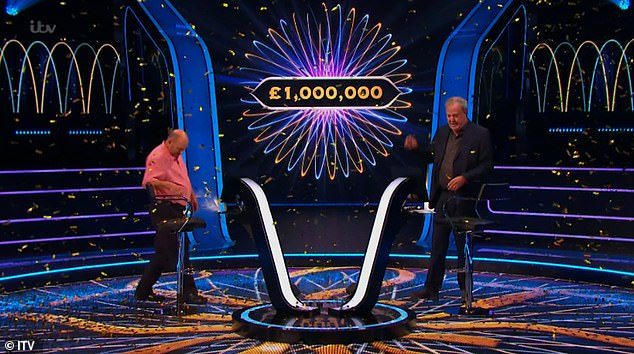 Mr Fear only used one of his lifelines, 50:50, to win the jackpot, leaving his two Phone A Friend options and Ask The Host unused

Mr Fear, who was born in Bristol, said he had since resigned his job as a teacher at Haberdashers’ Adams Grammar school in Newport, Shropshire, whose alumni include former Labour leader Jeremy Corbyn.

But he said: ‘The rules are you have to go at the end of a term.

‘Actually, I never investigated the possibility of whether it would be possible not to go back at all – but how unfair to my A-level students that would be?’

Mr Fear added: ‘I was planning to go in two years anyway just before my 60th birthday.

A message said: ‘Wow what a performance from as cool as a cucumber Mr Fear! Congratulations from everyone at Adams! ‘I taught it to Year 8 kids!”

Mr Fear celebrated his win with his brother, who he claimed was the more intelligent sibling.

He said: ‘He is so pleased for me.

‘We went to spend a night in a hotel with our wives last week and got absolutely plastered and he kept poking me saying how pleased and how overjoyed he was by it.’