By Brendan Carlin and Lee Harpin For The Mail On Sunday

Veteran investigative reporter John Ware is understood to be consulting lawyers after Mr Loach, an ally of Labour leader Jeremy Corbyn, allegedly said the programme ‘disgraced the name of Panorama and exposed the bias endemic within the BBC’.

Mr Loach, director of the 1969 hit British film Kes, also said ‘sinister’ music was used in the documentary when Mr Corbyn appeared. Sources say Mr Ware has been advised that the comments are a slur on his integrity and reputation as an award-winning journalist.

Six former Labour officials who appeared on the programme are also expected to launch legal action against the party.

The threats will overshadow Mr Corbyn’s attempts at an emergency Shadow Cabinet meeting tomorrow to defuse the ferocious internal row provoked by the Panorama investigation. Party bosses were also hit yesterday by the decision of moderate MP Gloria de Piero to quit the Labour frontbench and stand down at the next Election, accusing the party of lacking tolerance of different viewpoints.

The Panorama programme – Is Labour Anti-Semitic? – enraged the party’s high command earlier this month after revealing claims from ex-Labour officials that some of Mr Corbyn’s closest allies tried to interfere in disciplinary processes involving allegations of anti-Semitism.

In a motion in Mr Loach’s name, passed by his local Bath Labour Party branch last week, the director savaged the BBC.

‘Allegations were made without evidence or corroboration and were unchallenged by the interviewer,’ said the motion, adding: ‘Grainy exaggerated close-ups of Corbyn and sinister music when he appeared are manipulative and were used crudely to present Corbyn in an unfavourable light. 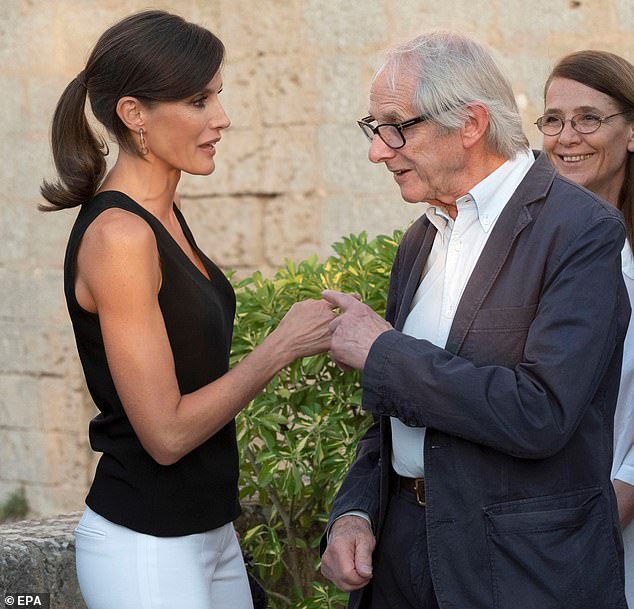 ‘This was a dishonest hatchet job with potentially undemocratic consequences, revealed in its closing line asking for an alternative leader to replace Jeremy Corbyn.’

Last night, Labour resumed its attack on Panorama, claiming it ‘pre-determined the outcome of its investigation and misrepresented the evidence to present a biased and selective account’.

Mr Ware and Mr Loach could not be contacted for comment.