Millionaire tycoon’s son, 36, vanished in Berkshire as police fear he may have fallen in the Thames

Millionaire tycoon’s son, 36, vanished after leaving pub in Berkshire village where George Clooney and Theresa May own homes as police fear he may have fallen into the swollen Thames

A millionaire tycoon’s son who vanished after leaving a pub in a Berkshire village where George Clooney and Theresa May live has left police fearing he may have fallen into the River Thames.

Mr Stern, thought to be the boss of a property company, was spotted on CCTV leaving the pub near the £12 million millhouse where the Clooneys have lived since 2014, and in the exclusive riverside village where Prime Minister Theresa May also has a home. 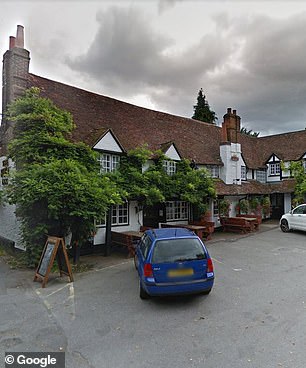 Alexander Stern (pictured left), 36, was last seen leaving The Bull pub (right) on Saturday evening. Police fear he may have fallen into the swollen River Thames

Mr Stern’s father, Ronald, runs a stationery empire and is famed as one of Britain’s top Ferrari collectors, selling one of the Italian supercars for £21million.

A police search has failed to find any sign of him amid fears he may have fallen into the River Thames, which is a raging torrent in the area due to storms and heavy rain.

Many of the riverside paths are under water and anyone losing their footing could get swept away in the floods.

Villagers fear Mr Stern, of Kensington, London, has become the latest victim of a ‘curse’, with four other people dying on the same stretch of river in the last six months.

On Sunday a body was recovered from the Thames at Fawley Court, upriver from Sonning, after reports of a man ‘entering the water’.

In November a woman was found dead just downstream at Marlow, and a 24-year-old man was found in the river at Henley in August.

Last month Bogdan Skarbeck, 49, from Poland, who lived and worked in Reading, was found dead in the Thames, also near Henley.

Thames Valley Police are not linking the deaths, but one Sonning villager said: ‘Some folk are saying the stretch of river might suddenly have had a curse put on it. 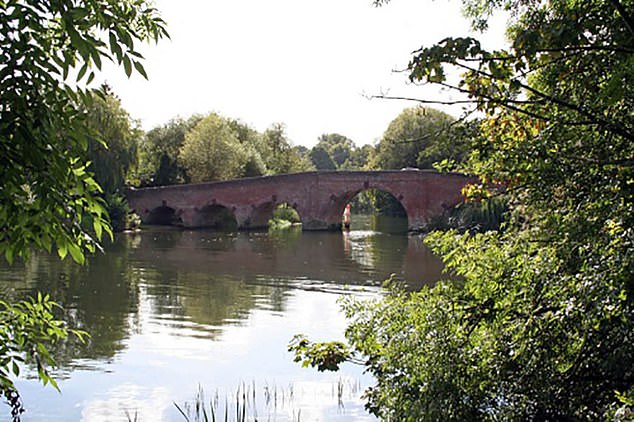 The River Thames at Sonning (pictured) is currently a raging torrent due to storms. Many of the riverside paths are under water and those who lose footing could get swept away in the floods

‘We do get people drowning in the river but to have four in six months is very unusual, and now Mr Stern has gone missing too.’

The villager, who asked not to be named, added: ‘George Clooney and his wife have settled in and everyone likes them – they have been very good in helping out with activities and various good causes in the village.

‘It must be terrible for them to hear about these deaths, especially with the river running past the bottom of their garden.’

Mr Stern’s family live in an £8million home in Hampstead, London, while he settled in Kensington and ran a business.

A Thames Valley Police spokesman said: ‘We are appealing for the public’s help to trace a man who is believed to be missing in Sonning.

‘Alexander Stern, aged 36 years, who is from the Kensington area of west London, was last seen in the Bull Inn, Sonning at about 7.30pm on Saturday.

‘When he was last seen he was wearing dark clothing and was carrying a rucksack. It is possible that he is no longer in possession of the rucksack.’

Detective Inspector Ben Henley added: ‘We are growing increasingly concerned for Alexander’s welfare and I would like to appeal for anyone who has seen him, or who might have any information as to his whereabouts, to get in touch with us as soon as possible.’