Millionaire wrecks his ultra-rare $750,000 Porsche by crashing it while speeding round the streets of deserted Manhattan

The car’s owner, Benjamin Chen, 33, was arrested and charged with reckless driving and driving under the influence of drugs after smashing into several cars.

Footage shows the limited edition car speeding down the deserted streets of Manhattan before losing control and skidding into a white car around 7.30am on Tuesday. 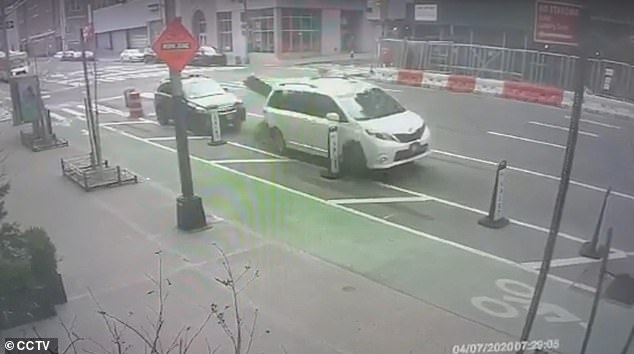 A 2,500-bed field hospital for coronavirus patients has been set up at the Javits Center.

Pictures show how the front of the Porsche was smashed in. Four other cars were also damaged.

A video posted on Instagram by trlrace and speedtimers shows the blue Porsche speeding away from the scene of the crash and running a red stop light. A piece of metal flies off the car.

In another Instagram video, the police have pulled the wrecked Porsche over and are speaking to the driver.

CCTV footage shows the white car and a black car parked on the side of the road. 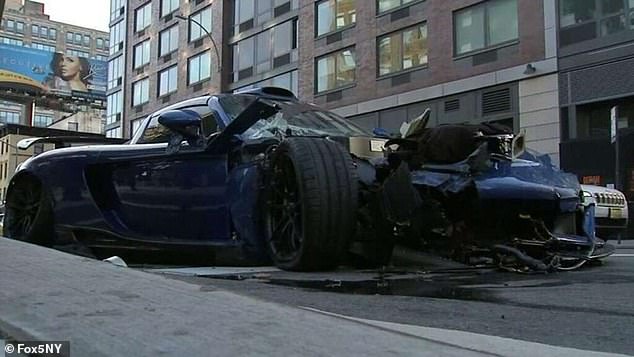 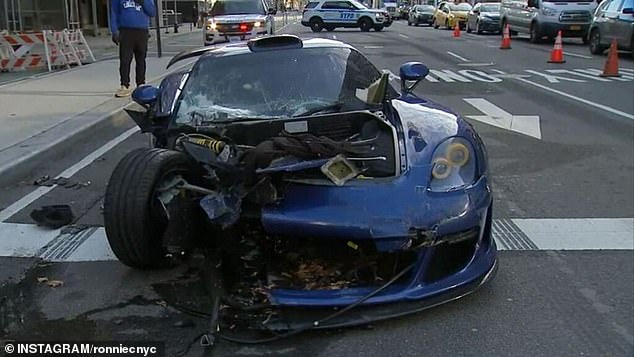 The $750,000 Porsche Mirage GT was wrecked after the driver lost control and it crashed a few blocks away from Javits Center convention hall

The Porsche crashes into the back of the white car and pushes it forward as it comes to a stop.

The streets were empty due to the coronavirus lockdown. New York is the epicenter of the outbreak in the U.S. after 806 deaths in 24 hours, taking the total to 3,544.

Speeding in New York has increased by 12.3 per cent from January with speed cameras catching almost 181,000 drivers speeding between March 5 and March 24.

With fewer vehicles on the streets, more cars are driving above the speed limit. 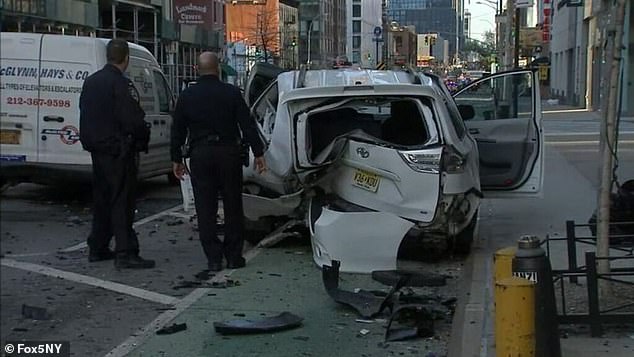 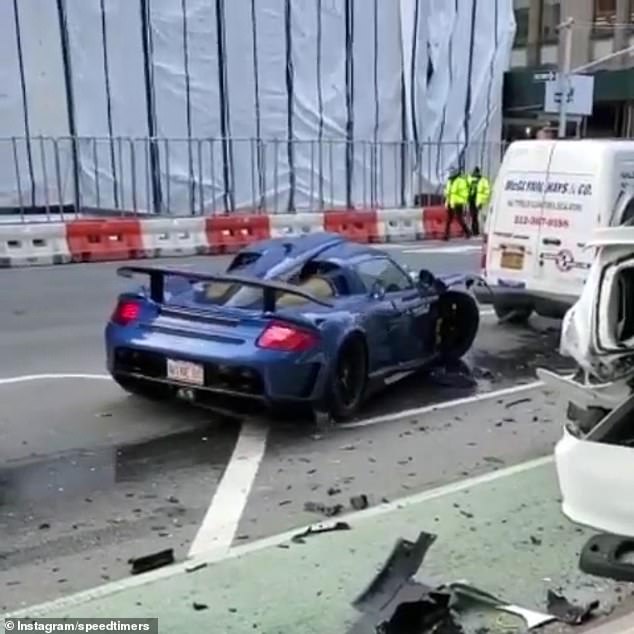 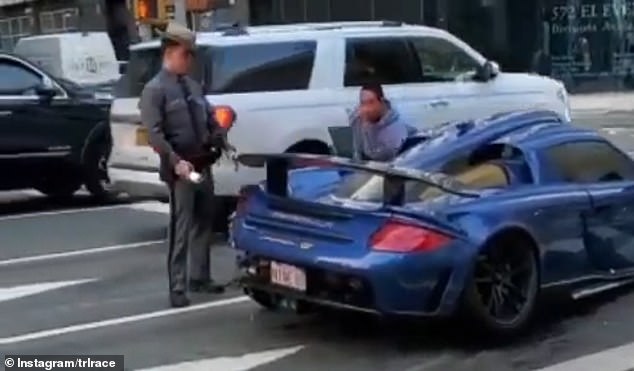 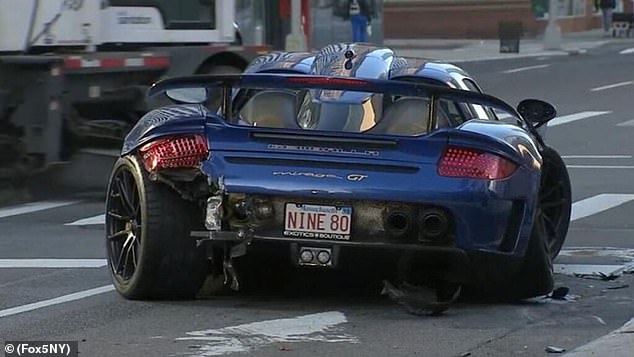