Millions could be exposed to red tide algae by Hurricane Michael

The 145-mile-long toxic algae bloom has been wreaking havoc on Florida’s Gulf Coast for months and has now spread to the state’s Atlantic beaches.

Experts warn the dangerous red tide – which kills fish and releases toxins that cause breathing problems in humans – could be blown inland as 155 mph winds batter the Florida Panhandle.

A beach is closed off in Lake Worth Florida due to red tide. The sign warns it may cause ‘eye, throat or skin irritation’ and ‘coughing or sneezing’ 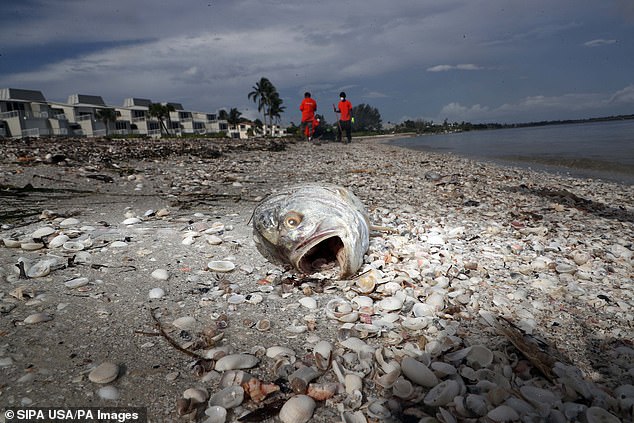 The Florida Panhandle has seen some of the worst concentrations this year of red tide.

‘A storm surge or king tide could bring red tide up onto land,’ Larry Brand, a professor in the Department of Marine Biology and Ecology at the University of Miami, told Bloomberg.

‘The toxin would get into the air and people would be breathing it.’

Scientists believe the breaking waves could turn algae into an airborne toxin. 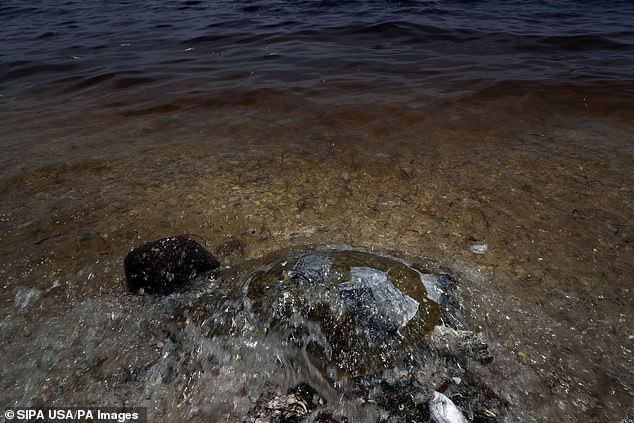 Waters at Bunche Beach, Fort Myers, look brown and murky due to the algae outbreak 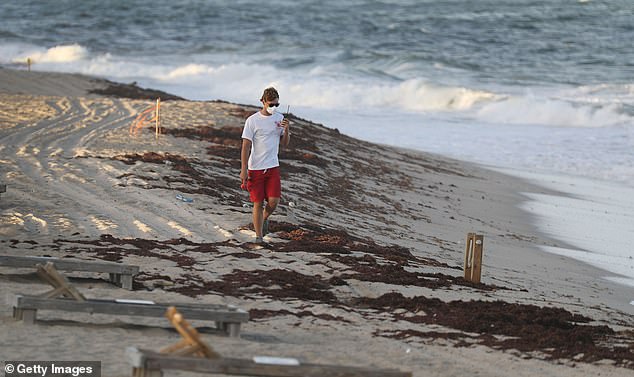 Red tide is made up of Karenia brevis, an organism that can trigger severe asthma attacks.

Even people who don’t have breathing conditions can suffer from choking, coughing and stinging eyes – while others experience headaches and flu symptoms.

This is the first time the state has had severe red tide and a hurricane of this magnitude at the same time. 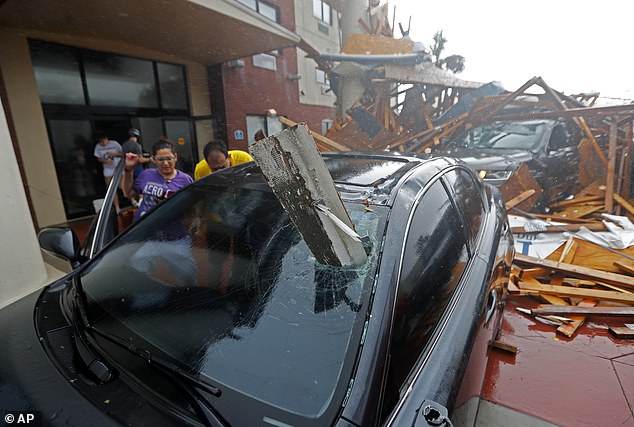 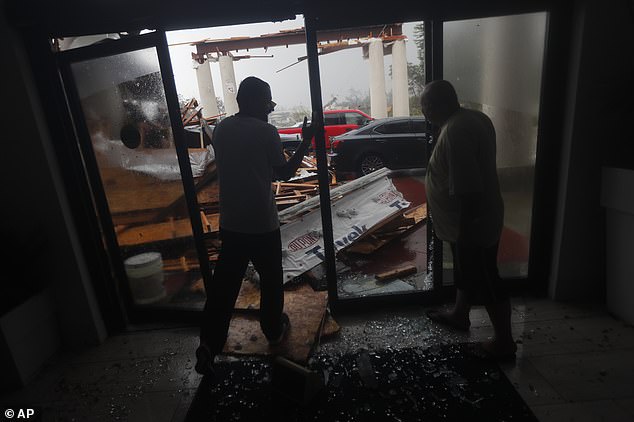 Karl Havens, director of the Florida Sea Grant College Program and a professor of fishers and aquatic sciences at the University of Florida, told Bloomberg said the harm of the red tide will depend on whether the storm pushes the algae deep into the water or leaves it near the surface of the ocean.

He said the quicker fresh water from rainfall flows back toward the coast, the quicker the algae would be killed.

On the other hand, the hurricane could actually mitigate the red tide problem by disrupting rhe bloom along the Gluf

‘It depends on many attributes of the particular storm,’ Havens said by email.