Millions more households could be plunged into fuel poverty if energy prices continue to rise, a charity has warned.

National Energy Action, which campaigns for everyone to live in a warm home, has said the energy crisis means ‘it’s building into a brutal and bleak winter for millions.’

Since energy prices have hiked dramatically in the past few weeks, many consumers have voiced concern about how they will pay their bills in the coming months when costs are likely to soar even higher.

Whilst many will be protected by the energy price cap, this is expected to rise once again next April, possibly by hundreds of pounds, leaving millions of households unable to pay their bills.

If the price cap goes up by between £400 and £600, NEA added, Britain could see the number of households plunged into in fuel poverty increase by between 1.2million and 1.5million.

This would mean up to 5.5million households could struggle to heat and power their homes.

This is Money takes a look at how the energy crisis is affecting households and what the experts predict might happen in the next few months.

What is fuel poverty?

According to the Government, a household is considered to be fuel poor if they are living in a property with a fuel poverty energy efficiency rating of band D or below, and when they spend the required amount to heat their home, they are left with a residual income below the official poverty line.

Currently around four million UK households are in the grip of fuel poverty, unable to afford to heat their homes to the temperature needed to keep warm and healthy.

Why are prices rising?

At present, energy prices are soaring as wholesale gas costs have risen dramatically. This means suppliers are being charged more, and those price increases are being passed down to consumers.

The crisis has been sparked by a number of factors, but ultimately is due to the lack of natural gas being produced as well as an increase in demand.

Demand has rebounded quicker than expected after the global pandemic, but reserves have been slow to refill over this summer with supply from Russia lower than predicted.

The situation has not been helped by last winter being much longer and colder than normal.

There has also been a lower output from renewable sources such as solar power and wind, creating more reliance on gas. 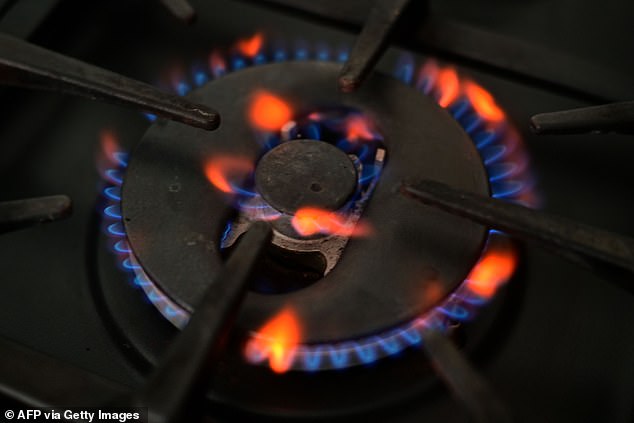 Will the Government step in to help the fuel poor?

National Energy Action is calling for the Government and Ofgem to protect customers likely to be affected by soaring energy prices.

Adam Scorer, CEO of National Energy Action, said: ‘This crisis is going to hit with a vengeance. A hammer blow for those least able to ride with the punches. It’s building into a brutal and bleak winter for millions.

‘The decisions we take now will determine whether this is a crisis through which we support the most vulnerable households, or a catastrophe into which we let them fall.

‘Domestic energy consumers have already recently faced an increase of more than £2billion per year spent on energy because of the recent price cap rise.

‘We want Ofgem to ensure vulnerable consumers aren’t put at risk when their supplier fails and provide deeper protection for low income consumers.

‘Central Government must also provide more direct financial support by increasing schemes such as the Warm Home Discount or extending the Winter Fuel Payment to other households.

‘Longer-term, we can’t lose sight of the need to reduce our exposure to gas prices by investing in home energy efficiency, prioritising the poorest households in the least efficient homes.’

What support is available for households?

Anyone struggling should speak to their energy supplier to see if they can help, for example by putting a payment plan in place.

There are also a number of schemes households can benefit from.

Eligible households could get £140 off their electricity bill for winter 2021 to 2022 under the Warm Home Discount Scheme which officially opens on 18 October 2021.

The money is not paid directly to customers but instead is a one-off discount on a home’s electricity bill between October and March.

Customers may be able to get the discount on their gas bill instead if their supplier provides them with both gas and electricity and should contact their provider to find out.

There is also the Cold Weather Payments scheme, where eligible households receive £25 payments when the temperature recorded at their local weather station is at or below zero degrees celsius for seven consecutive days.

Others can benefit from the Winter Fuel Payment which is an annual one-off payment to help pay for heating during the winter.

You can usually get a Winter Fuel Payment if you were born on or before 26 September 1955.