Australians could be fined up to $125 and have their driver’s licence suspended for failing to vote in local council elections.

New Covid procedures will also be imposed this year, making voting an even more tedious and time-consuming task more people will want to avoid.

Voters will have to bring their own pens or throw away single-use ones, wear masks, and face longer queues as they sign in and social distance.

Elections will cost $57 million on December 4 in NSW this year as a result of the Covid procedures, coming before the December 15 easing of restrictions.

‘We know Covid-19 has been driving people to consider their voting options. Voter safety is paramount, as is ensuring every eligible voter in NSW has a chance to have their voice heard,’ NSW Electoral Commissioner John Schmidt said.

‘All polling places will be run in line with Covid-safe election guidelines including mask wearing and physical distancing.

‘Voters can bring their own pens and must check in using the Service NSW QR codes, and follow any NSW Health advice.’

Each state has a different penalty for missing the vote with most adding a second fine depending how long you take to respond.

The NSW Electoral Commission imposes a $55 fine for failing to vote without a valid reason.

‘If you do not vote at a State or local government election and you don’t have a valid reason, you will be fined $55,’ its rules state.

If you don’t respond to the first fine within 28 days, NSW Electoral Commission will charge another $65, bringing the total to $120. 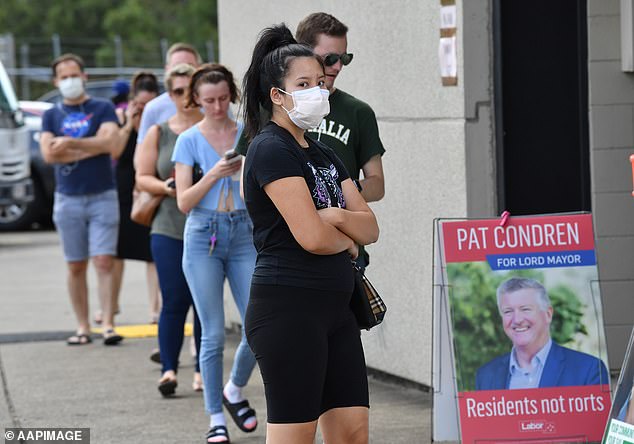 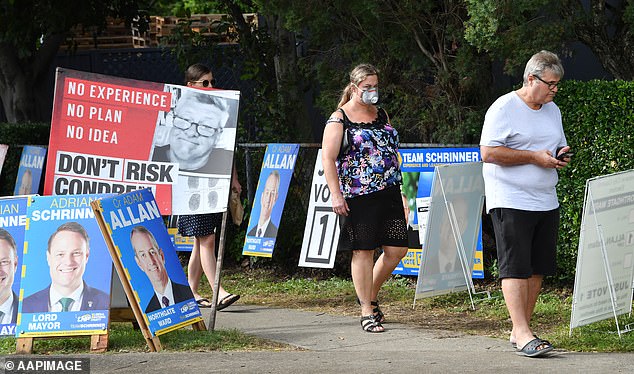 South Australia imposes a $70 fine, rising to $125 with the risk of losing your driver’s licence, having wages taken, and assets frozen.

Western Australia has an initial fine of $20 for first-time offenders which rises to $50 for more, and failure to pay can result in a licence suspension.

Tasmania’s fine for skipping a vote is $20 that can be referred to the Monetary Penalty Enforcement Service, which can impose community service orders.

Missing state and federal elections can run an even bigger bill.

In 2016 Darwin man Frank Bost refused to vote on principle and took his case to court.

He pleaded guilty to violating the Commonwealth Electoral Act and was ordered to pay $308 including a fine as well as the Australian Electoral Commission’s legal fees.

Ms Pearce failed to vote at the 2016 federal election and was taken to court by Commonwealth prosecutors.

After telling the court she disagreed with the voting system she was hit with a $180 fine, legal costs, and a criminal conviction.

Australia is one of only 16 countries that actively enforces mandatory voting.