Millions of Australians could suffer crippling coronavirus lockdowns for another YEAR

Millions Australians are this week under Covid lockdowns, 18 months on from the virus reaching our shores – with one expert saying they could remain until next year.

On Tuesday, Victoria extended their lockdown, South Australia joined them by announcing their own, and in NSW authorities have hinted at keeping restrictions in place until widespread vaccination.

Infectious diseases expert Professor Peter Collignon said previous outbreaks of the Delta variant in Australia had been contained but this wave was more advanced.

Experts have suggested Australia could endure lockdown restrictions until well in 2022 (pictured: health workers at an Adelaide drive-thru clinic)

‘Look at the numbers in [Sydney’s] eastern suburbs where this started. The numbers have come down in the last 10 days … but this could really go either way,’ he said.

The next five days will be particularly important to see if the expanded restrictions are effective, Professor Collignon told A Current Affair on Monday.

He said that in his opinion the tougher restrictions could get the outbreak under control and a return to zero case numbers case numbers could be achieved.

This was because the existing restrictions had prevented the outbreak from wildly spreading – with Sydney’s case numbers hovering around 100 cases a day for the last week. 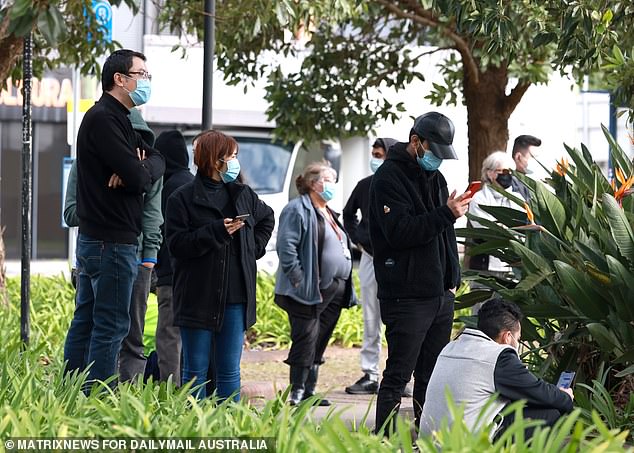 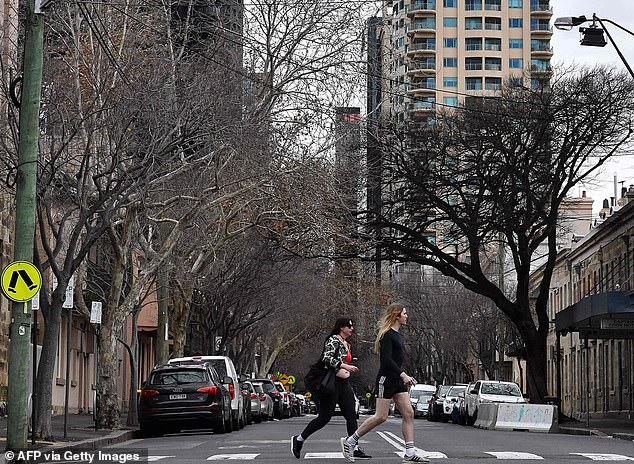 However, he added that he expects Aussies will have to continue to  live with lockdowns in some form until 2022.

‘My own view is we’re going to have to have limits well into next year … where the virus is more transmissible …  limits on indoor crowds … on football matches.’ 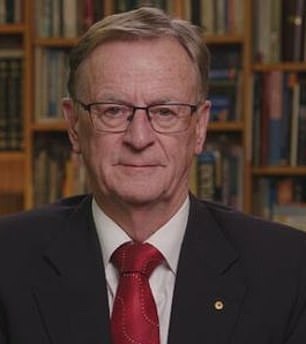 ‘If you have, you know, 80,000 people or even 50,000 people going to a match they’ve got to get their spot in the toilet lines, the bars and the pubs afterwards, so we need to limit crowds,’ he said.

The next few months of Australia’s winter is also where there is more risk, he said, pointing out that Europe’s outbreaks and Melbourne’s second wave happened in winter.

He said conditions would return to normality when about 75 per cent of Australians are fully vaccinated – or 15million of the 20million people who live in the country.

At the current rate of a million vaccine doses administered a week he estimated this would take another 20 weeks.

He also added that recent case numbers showed an increase in younger adults which he puts down to more older people being vaccinated. 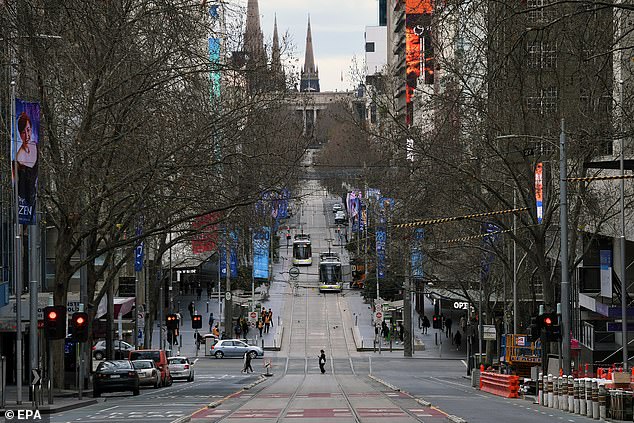