The £10m Satnav revolution to help you avoid roadworks for ever… pity it’s too late for the millions of families facing gridlock on roads TODAY, chaos at the busiest airports on record and tortuous rail journeys as the summer getaway begins

By Jack Doyle and James Salmon For Daily Mail

So you’re heading off on holiday and you’re stuck in a traffic jam on the M1 with no end in sight.

If only there was a really smart app that could have told you how to have avoided this all-too-familiar motorway nightmare.

Well, soon there will be. A £10million website is being developed which will automatically tell satnavs where roadworks are taking place to help drivers avoid congestion.

Street Manager will harvest data from water, electricity and gas companies, and local councils. It will also make it easier to know which roads will have temporary traffic lights. 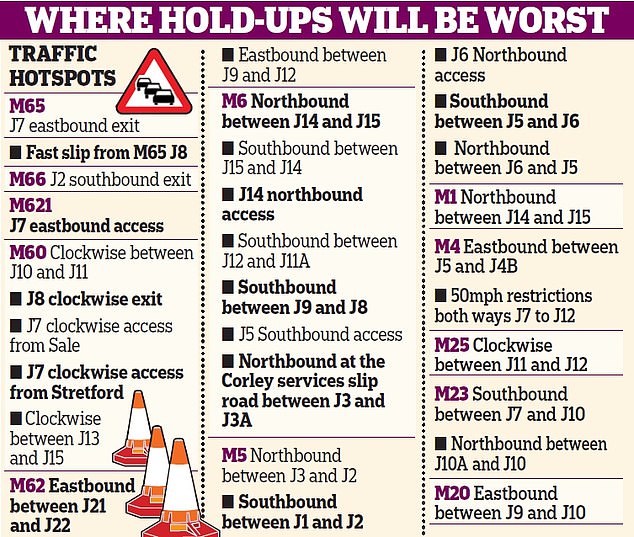 The site, expected to be up and running by next April, will contain details in advance of planned works.

Transport officials said putting all the data in one place would help apps such as Waze and Google Maps provide up-to-date information.

Last night, Transport Secretary Chris Grayling said: ‘Everyone has experienced the annoyance of travel that is disrupted by roadworks, but the systems we currently use to help companies communicate this aren’t fit for purpose and need changing.’

Utility companies may also be forced to dig up the pavement instead of the road to reduce impact on traffic.

There are around 2.5million roadworks under way in England each year. Current sources of information about works are often incomplete or out of date, critics say. 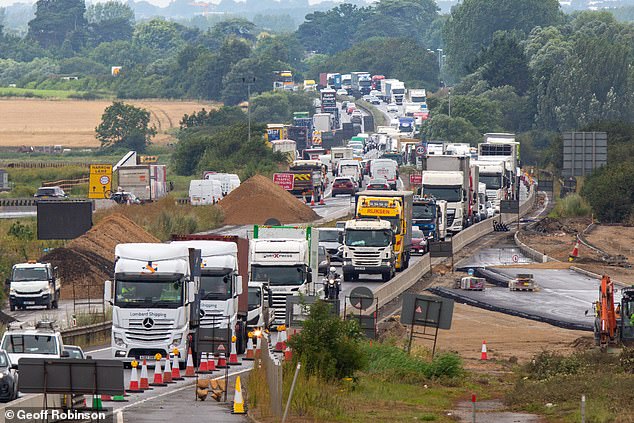 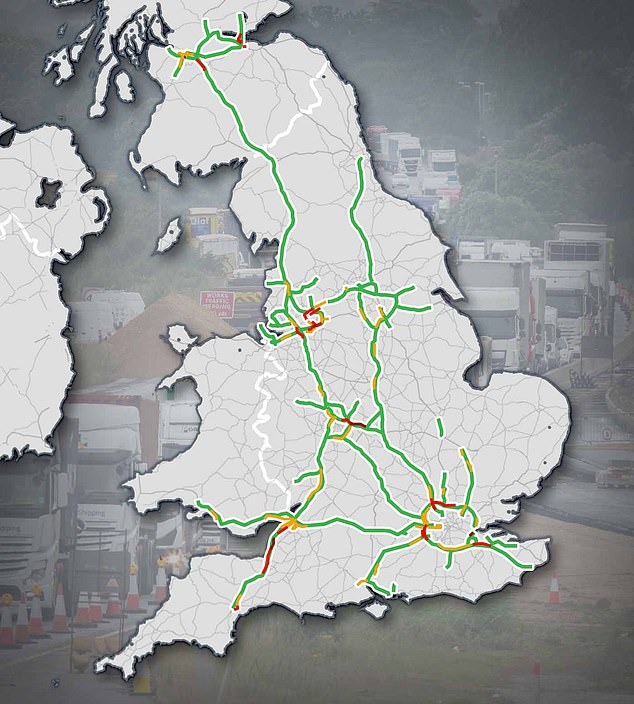 Pictured: Traffic congestion on Friday evening as drivers endured queues of up to 90 minutes on some routes

From today, large sections of Britain’s biggest intercity line will be out of action for 16 days.

And a key section south of Warrington on the West Coast main line, which connects London with Glasgow and Edinburgh, will shut until August 4 while engineering works take place.

Passengers will have to endure diverted routes, change to different trains or take bus replacements. 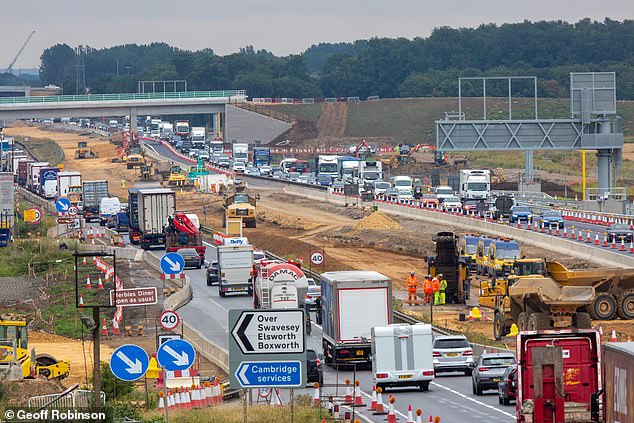 More than one in three major road projects included in an investment strategy have been scrapped or delayed.

Highways England, the government-owned company responsible for motorways and major A-roads in England, was due to begin 112 schemes between 2015 and 2020.

But its 2019/20 delivery plan published yesterday revealed that ten of the projects have either been cancelled, are under review or paused.

A further 29 have been delayed until the second five-year road investment strategy, which means they could be as late as 2025.

That means 35% of schemes are not happening as scheduled.

It was claimed the £15 billion road investment strategy would ‘revolutionise the network’ when it was launched by the coalition government in 2014.

A spokesman for Highways England said: ‘In total, we are progressing over 90 per cent of schemes proposed in the original road investment programme in 2015.

‘It was always presumed that there would be change to the first road investment programme, particularly with the large number of schemes that were at the very early stages of design.’

Those affected include travellers heading north on staycations in the Lake District, Glasgow and Blackpool.

Passengers travelling to or from Birmingham have been advised to take a rail replacement bus service between Preston and Crewe.

The RAC warned of delays between 15 minutes to an hour over the weekend on major routes such as the M6 and M1 northbound. 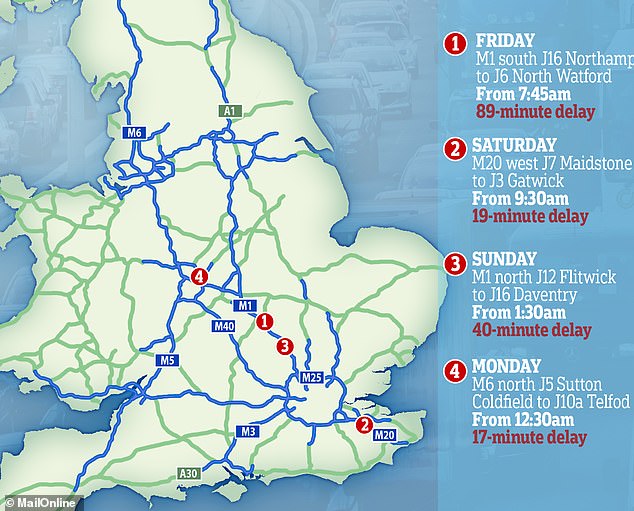 Meanwhile, air-traffic controllers are preparing for the busiest summer on record. They have already seen the busiest day on record with 8,863 flights handled on July 5.

Today, controllers expect 8,800 flights in and out of UK airports,

As well as longer queues at airports, flights are more likely to be delayed in the peak summer months when airspace is more crowded.

Holidaymakers using Heathrow will be hoping to avoid a repeat of Thursday’s mayhem, when thousands of BA passengers endured delays of up to two hours after the baggage system broke down.

Problems on the trains across UK this weekend

Thousands of holidaymakers have plans thrown into doubt by Ryanair strikes

The ballot will open on July 24 and close on August 7 when the results will be announced. Unions are legally obliged to give two weeks’ notice if they intend to launch industrial action.

This means the strike could go ahead as early as August 21, when the summer holiday season is still in full swing. The protest is being led by the British Airline Pilots Association (Balpa), which also represents around 3,800 British Airways pilots threating to strike over pay in a separate dispute.