Beachgoers have reported an infestation of millions of maggots covering the sand at two Sydney beaches.

The ocean pool at Bilgola on Sydney’s Northern Beaches was closed on Tuesday due to the swarm, and the local council is monitoring nearby Newport Rockpool.

The swarm was first noticed on Sunday’s when horrified swimmers found millions of white larvae washed up on the beach.

‘It was disgusting, this moving carpet of white maggots,’ said Bilgola local Colin Weir, who noticed the maggots while preparing for a swim, The Daily Telegraph reported.

‘It has been quite the talk of the beaches this morning. There were millions of them.’

Mr Weir said one unlucky bather had entered the rock pool and ended up with a swimming costume swarming with wriggling larvae. 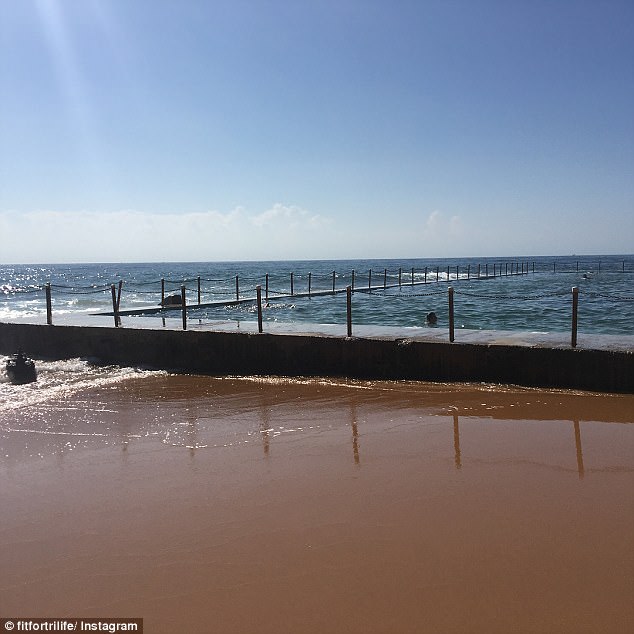 The ocean pool at Bilgola (pictured) on Sydney’s Northern Beaches was closed on Tuesday due to the swarm, and the local council is monitoring nearby Newport Rockpool

A council cleaner told Mr Weir the pool had been emptied and refilled as a result of the maggots, but the infestation returned.

The unexpected maggot swarm is believed to have been caused by flies laying their eggs massive pieces of seaweed lying on the sand.

Mr Taylor confirmed the swarm came from fly larvae hatching from seaweed, some of which had ended up in the Bilgola rock pool.

The council warned beachgoers to avoid maggot-infested areas of the beach and abide by ocean pool closures.

The situation is being monitored and cleaning crews and the Bilgola rock pool will be opened again as soon as possible, the council said.