Millions of North Koreans head to the polls to elect officials

The election with only one name on the ballot paper: Millions of North Koreans ‘vote’ in sham polls that always have 99% turnout and give Kim Jong-Un a majority of 100%

North Koreans are heading to the polls in a series of local elections widely expected to be a formality.

In the last election held back in 2015 100 per cent of voters chose the ruling party’s candidates in a ballot which saw 99.9 per cent voter turnout across the totalitarian nation.

The vote is held every four years to choose new deputies for local assemblies of provinces, counties and cities. 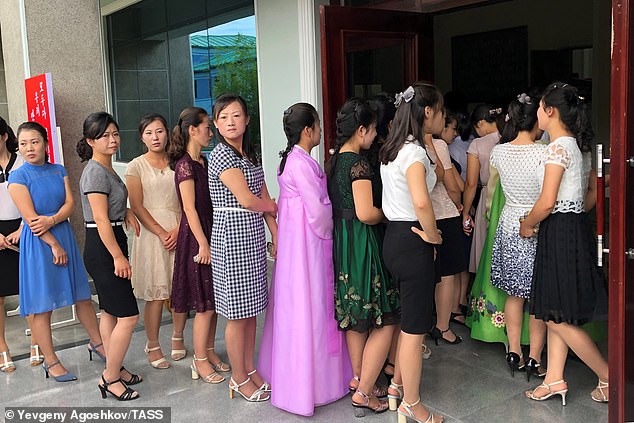 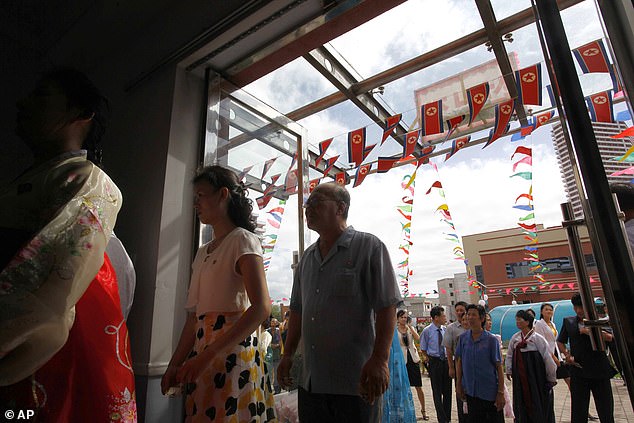 Candidates are selected by North Korea’s ruling Workers’ Party in what are widely believed to be rubber-stamp polls.

The state-run Korean Central News Agency (KCNA) says so far this year 72.07 per cent of those eligible to vote have cast their ballot so far.

Pictures from across the nation showed voters turning out in their hundreds for the election.

The country’s leader Kim Jong-un is also expected to make an appearance.

He will have until midnight this evening to cast his vote as the counting takes place overnight.

Local assemblies in North Korea decide on budgets and pick heads of regions and cities in meetings held once or twice a year. 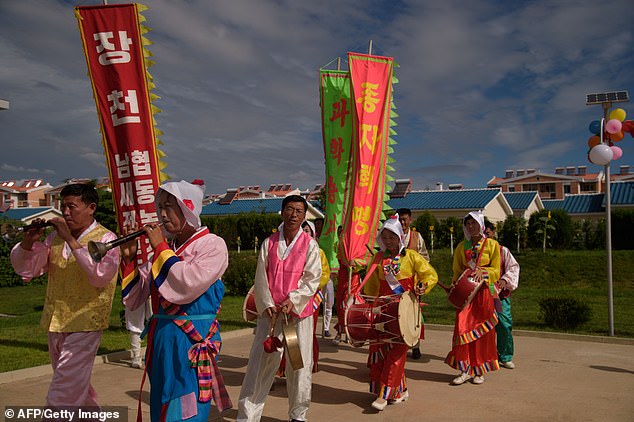 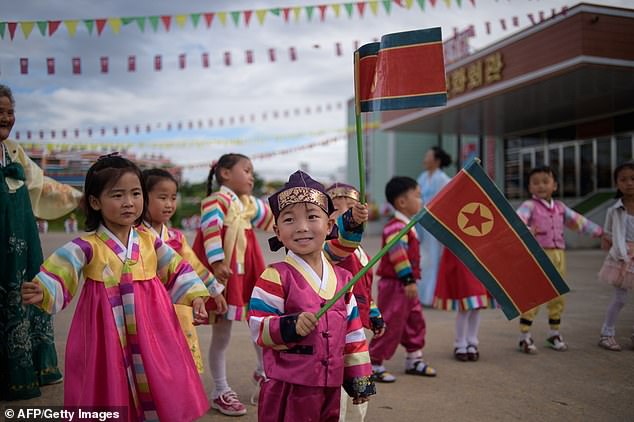 Under North Korean law, citizens can vote from the age of 17.

In most North Korean elections, voters are asked to show election officials their ID cards to receive their ballot with the sole candidate’s name on it, which they cast in a private booth.

If they approve, they simply put the ballot in the box. If they don’t approve, they cross the name out in put it in the same box.

‘No one votes against the candidate,’ said Jin Ki Chol, the chairman of an election committee supervising a polling station at a cable factory in central Pyongyang.

Election days have a festive mood. Bands play music as voters wait in line, and there is group dancing for those who have already finished.

‘The election will strikingly manifest the fixed will of our people to firmly trust and uphold to the last Supreme Leader Kim Jong Un despite storm and stress,’ the ruling party’s official daily said in a commentary today. 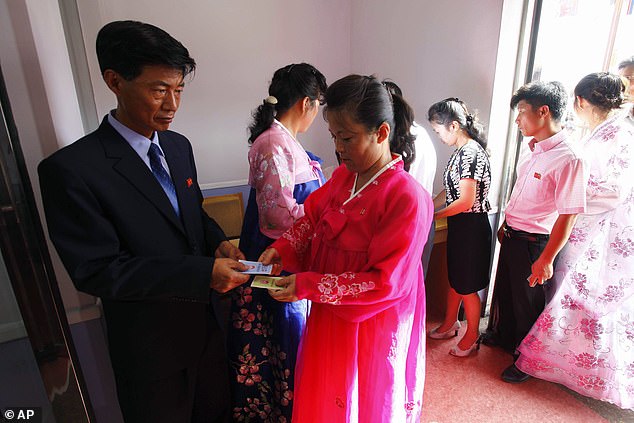 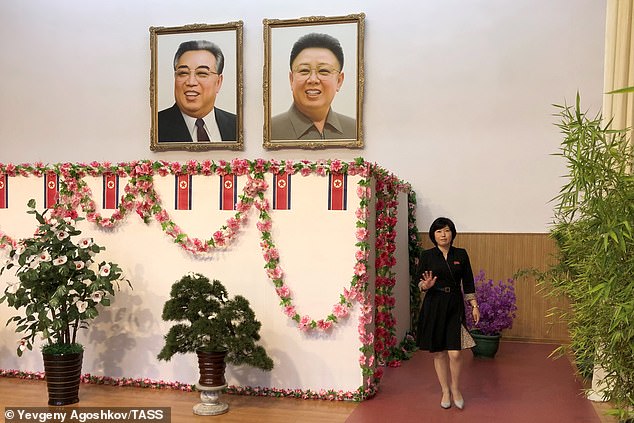