Millions of people have abandoned the internet after a new ‘social media’ tax was imposed in Uganda – with critics claiming it is restricting free speech and the ability to criticise the government.

The punitive tax, which costs social media users 200 Ugandan shillings (4p) a day, was introduced in July to curb ‘gossip’ on websites that the president, Yoweri Museveni, labelled ‘over the top’.

It affects 60 websites including Facebook, WhatsApp and Twitter and has already seen at least 2.5million people shun internet subscriptions.

Millions of Ugandan people have shunned the internet after punitive new taxes were imposed on the use of over 60 social media websites. Pictured is Ugandan politician, Robert Kyagulanyi Ssentamu aka Bobi Wine, at a protest against the tax in Kampala

The number of people paying the levy has dropped by 1.2million.

When the tax was first introduced protesters took to the streets to demonstrate and some activists even sued the government for restricting their rights to free speech and access to information.

‘Heightened exposure to information via the internet has led to Ugandan citizens being more critical about political conditions in the country.’

Ms Ikomu says she worries that even more restrictive measures will be put on the Ugandan public with less than two years to the next election. 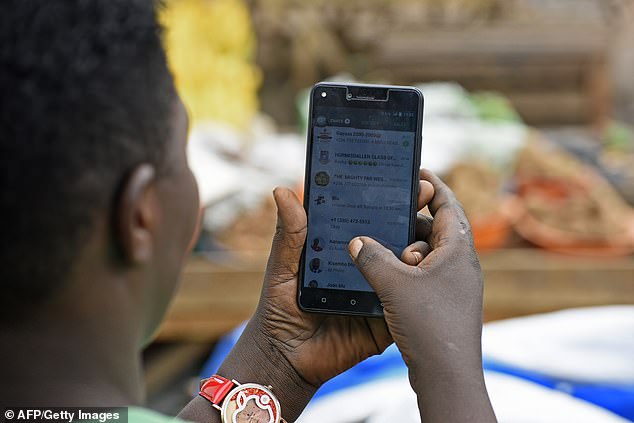 The 60 affects websites include Facebook, WhatsApp and Twitter which have been labelled ‘over the top’ by Ugandan president Yoweri Museveni

In 2016, Museveni – who has ruled Uganda for the last 32 years – ordered all social media sites to be shut down during the elections to stop the spread of ‘misleading information’.

Most Ugandans have vowed not to pay the tax and installed virtual private network (VPN) software on their smartphones which allows them to use the otherwise banned social networks by making it seem as though they are in a different country.

They can then taunt the government by posting with hashtags such as #ThisTaxMustGo and #NoToSocialMediaTax.

Fears have been raised that the economy will also suffer as mobile phone companies are already having to fire staff and the value of mobile money transactions fell by almost a quarter in the first three months of the new tax. 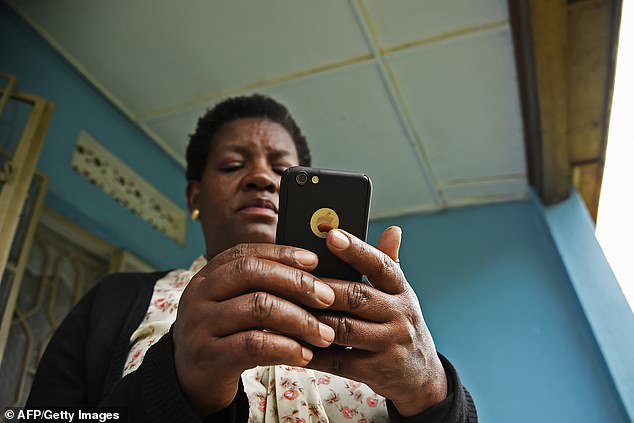 Paul Cise, who sells data for Nov Mobile Limited, said he has been forced to cut staff because of the levy because he can’t afford to pay his employees and rent.

Florence Acen, a Ugandan mobile money agent said she has lost business since the tax was introduced because it’s reducing the commission she would get from poorer customers that she now has to turn away.

Due to a lack of formal banking in Uganda, most people rely on their mobile phones to send and receive money via text message.

The value of mobile money transactions also fell by almost a quarter, to 14.8tn Ugandan shillings (£3.4bn) between June and September.

While the rapidly decreasing number of internet users has sparked new calls for the tax to be scrapped, Ibrahim Bbosa, spokesperson of the Uganda Communications Commission, expects usage to recover.

He told the Guardian: ‘Probably, sooner or later, people will realise this is something [they] can live with. The pattern will return to normal’.