Millions of chickens and pigs face will have to be culled in Victoria as early as next week because abattoir operators are being ordered to cut back their operations.

Premier Daniel Andrews had ordered a 33 per cent reduction in processing at meat plants to thin out staff numbers and allow for greater hygiene and social distancing practices, as abattoirs had been the source of several COVID-19 clusters.

But meat industry analysts say the move will result in huge numbers of animals being killed and disposed of, because they will not be processed under the new restrictions, they cannot be kept and they are unable to be trucked interstate due to border closures.

Millions of chickens and pigs could be culled in Victoria as early as next week, with abattoir operators ordered to reduce their staff numbers by one third 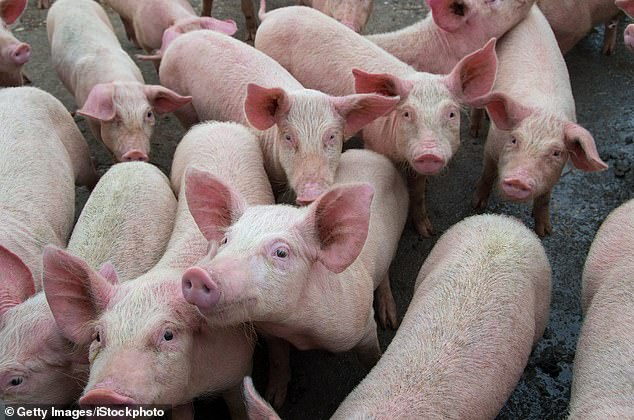 The reason chicken and pigs are much more of a concern than lamb and cattle is because the animals have a far shorter window for slaughter.

‘Sheep and cattle can stay in the paddock for a week or a month longer without too much trouble,’ Robert Herrmann, the managing director of Mercardo told Daily Mail Australia.

‘There is not much flexibility for a producer when the pig or chicken is ready to be slaughtered.

‘For example, If you have 1000 piglets being born, it means at the other end that 1000 piglets have to be sold because otherwise there is no room.’ 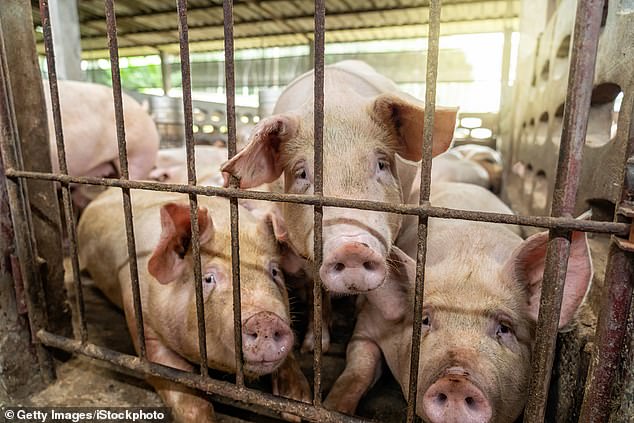 Fears have been heightened in Victoria after factory farms in the US were forced to cull large numbers of their pigs and chicken when the COVID-19 pandemic hit.

The state has already felt the impact of the disruption.

Last week, excess livestock were taken to other farms and processing plants in South Australia.

But after stage four and stage three restrictions kick in from midnight Wednesday, it will no longer be possible to transport meat across the border.

The forced reduction in staff numbers will have a major impact on everything from supply chains, saleyards, farmers, wholesalers, supermarkets and independent butchers. 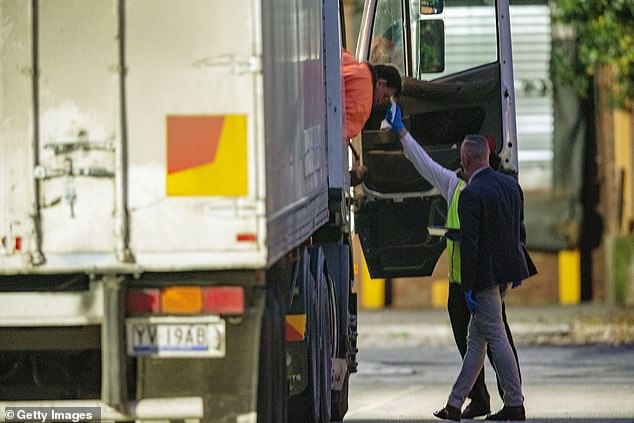 A truck driver arriving at Cedar Meats has his temperature taken on May 19 in Melbourne, after a coronavirus outbreak impacted the facility

But Patrick Hutchinson, the CEO of the Australian Meat Industry Council, told the ABC there is still a lot of uncertainty surrounding how the 33 per cent reduction would be calculated.

‘In regards to what’s been said to us, it’s still a bit confusing,’ he said.

‘At the moment we’re operating that we are to reduce our staff capacity in these facilities to 66% of the peak this year.

‘If we do that, then what we see on average across the board is over a six-week period, by trend, we would see … a close out of 25 percent of production. That will be a pretty significant thing.’

While it’s unclear just how many chicken and pigs may be culled, Mr Herrmann said the number is likely to be in the millions. 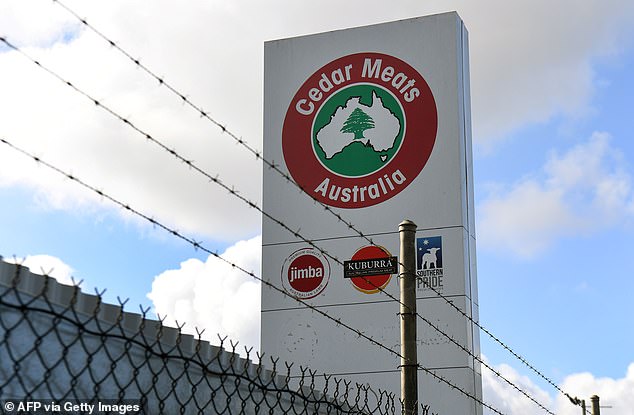 ‘It’s difficult to lump in all these different processors together. They all operate in different seasons… and animals have different life cycles. Some can wait and some can’t,’ Premier Daniel Andrews said on Wednesday at his daily COVID-19 media conference.

‘That is why these changes don’t come into effect at midnight tonight they will come in later in the week.

‘We are still in very active discussion with abattoirs and processing plants both large and small.’