Thirty-four league places separated these two sides — 15th in the Championship against 23rd in League One at the start of the day — however this was tempered enough by wholesale changes to almost allow an FA Cup shock to materialise.

The upshot was so nearly a first place in the fifth round for Dale since 2003, thanks to Ian Henderson and Matty Done putting them ahead after Jed Wallace’s penalty.

However Millwall, despite labouring for much of the game, snatched a 90th-minute equaliser, Ben Thompson escaping his marker to finish a cross at the near post.

It was a murky, chilly day in Bermondsey — the floodlights came on at 3.03pm — and out of the gloom flew the pacey Fred Onyedinma.

On 16 minutes, he turned on the afterburners, and burst into the area. A quick change of direction fooled Donervon Daniels who slid right through the attacker. A clear and easy decision for Andrew Madley, the referee.

Wallace – one of two survivors from the starting line-up changes – slammed it into top right corner, Josh Lillis went the right way but had no chance.

It seemed at first as if this would settle down the Millwall second string, as they sought a second goal. However, Rochdale did not have the attitude expected of a side with only four league wins all season, nine points off safety in the third tier. The FA Cup, with wins over Bromley, Slough Town and Doncaster, has provided respite in tough times.

On the half hour, Andy Cannon got away a good through ball from a crowded midfield, and Dale captain Henderson ran clear, before lifting his finish over David Martin and into the far corner. The small pocket of travelling fans, in good voice all afternoon, exploded with rare joy.

Millwall meanwhile were lumpen and uninspiring, and were sent out five minutes early from the dressing room for the second half.

It did not help. On 52 minutes, Cannon fired a shot across goal which deflected up in the air off a defensive leg. It spiralled out of the sky onto the foot of Done, waiting a yard out, to volley home.

Celebrations were slightly muted, perhaps because Rochdale are so unused to being in this position. However the boos soon started from the home fans, who knew Millwall were being outplayed and were deservedly behind.

Harris reacted – he had a strong bench made up entirely of players who had featured in the Leeds win. Among them Steve Morison, their talismanic striker, who he threw on in place of Shackell.

Millwall began to pin Rochdale back, firing in deep crosses for their giant forwards, Morison and Tom Elliot.

They could not fashion many clear-cut chances – Elliot heading straight at Lillis was as good as it got – until the dying seconds, when Thompson somehow found himself alone six yards out to power in a driven ball from the left wing.

Millwall have great recent FA Cup pedigree – finalists in 2004, semi-finalists in 2013, quarter finalists and conqueror of three Premier League sides last season – and will not give up their place in this competition without a fight. 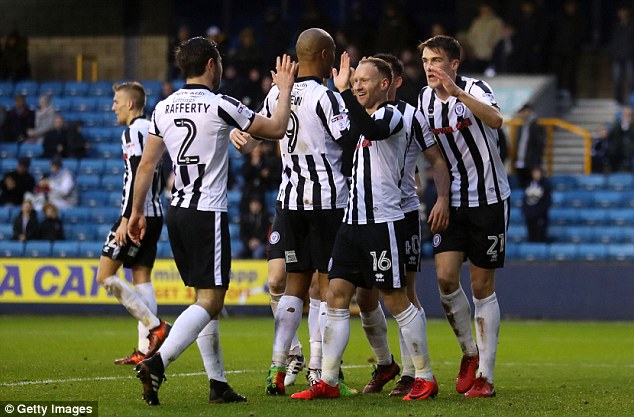 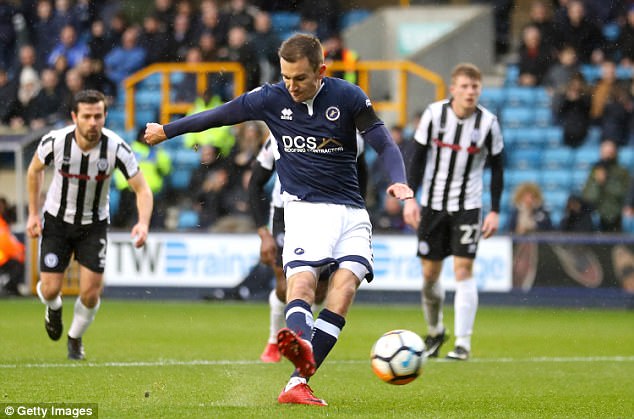 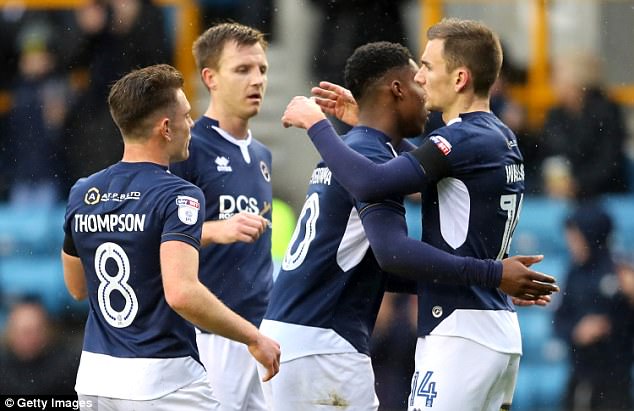 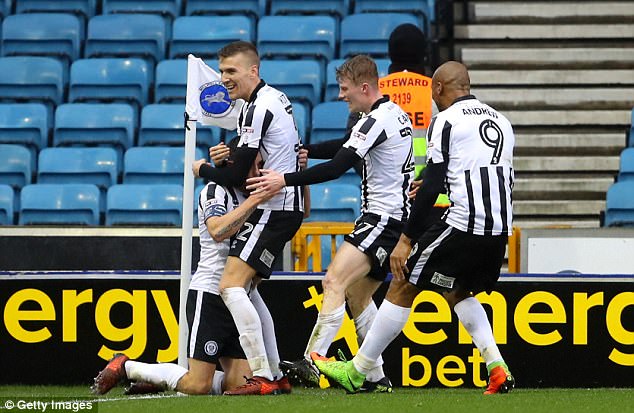 Rochdale were level before half time after Ian Henderson, pictured left on his knees, equalised 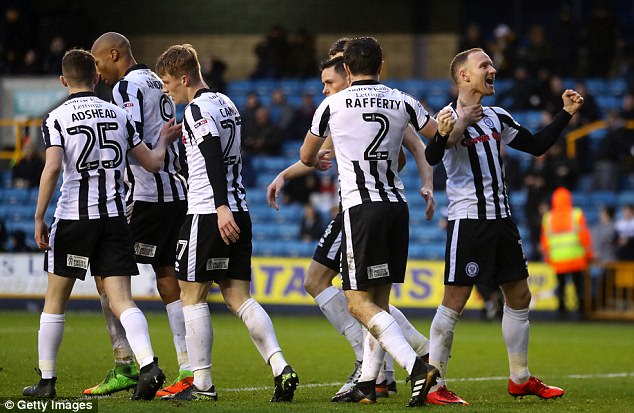