James Milner has admitted Liverpool will be powerless to answer the critics if they blow their last chance to stay in the Champions League.

For the first time in the club’s history, Liverpool have all lost three away trips at the group stage after suffering a 2-1 reverse to Paris St Germain. A tally of six points from five fixtures has left them needing to beat Napoli at Anfield on December 11 to reach the knockout phase.

Some would argue that any team which loses three of its first five matches should not make it through to the last 16 and Milner accepted that last season’s finalists will have to take every criticism they receive should Napoli progress from Group C instead. 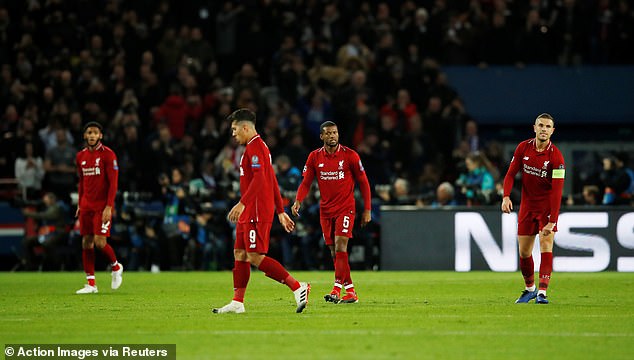 Liverpool’s history, of course, is made up of dramatic rescue operations in Europe and the situation facing Jurgen Klopp’s men will conjure memories of contests against St Etienne, Auxerre, Olympiakos and Borussia Dortmund. The manager wants his fans to create a comparable atmosphere.

But history will not be any use to Liverpool and Milner knows the responsibility lies with the team.

He is confident they can fulfil their ambition, yet recognises the difficulties of the situation.

Milner said: ‘I don’t think being in the Europa League in February has crossed anyone’s mind. Our aim is to get out of the group, get the result and get through. If we don’t do that, we don’t deserve to be in the Champions League. 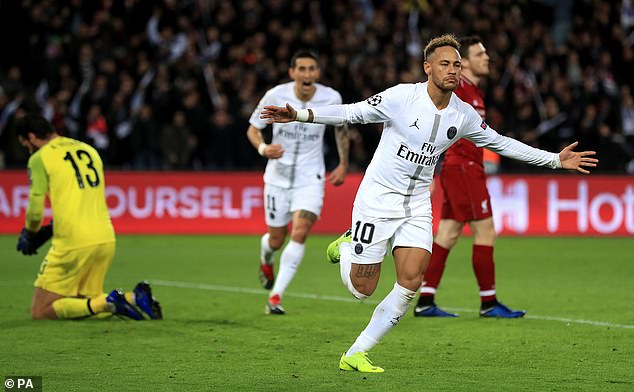 ‘We’re not that experienced in the Champions League. We had a good run last year and that will definitely help us but we got through in the final group game last year and look where we ended up.

‘You don’t see any of the lads panicking, we are comfortable we can go and finish the job at home.

‘I don’t think it was a terrible performance but if you can’t win your home games in the Champions League then you really don’t deserve to go through.

‘I’m not concerned, we’ve played pretty well this season. I’m very disappointed but we know there’s one chance left. We want to take it.’

Critics believe Liverpool are heading for a significant bump in the road. 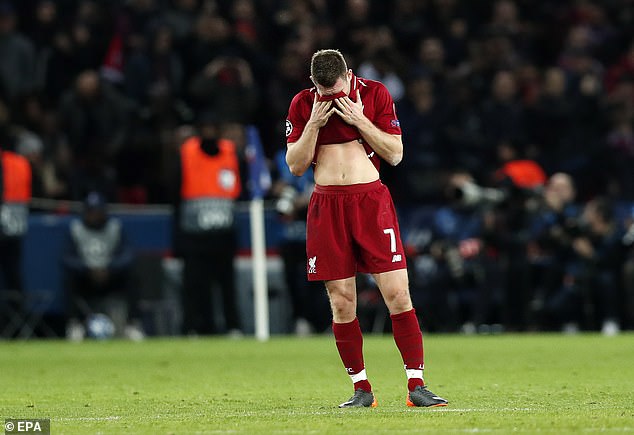 Performances are lacking the verve and electricity of last season and that has been particularly apparent in Europe.

They have managed only five shots on target in three away trips, one of which was Milner’s penalty.

The time has come to fight.

Liverpool are heading into a defining run of five games in the next 16 days which will have a huge impact on their campaign, starting with the Merseyside derby at Anfield on Sunday.

‘We don’t need to (think) we are a s*** team,’ said defender Virgil van Dijk. ‘The frustrating thing is how we have conceded the goals to PSG. I don’t know if there’s any explanation for that right now because I can’t think of one. If I could, we should have used it already.’ 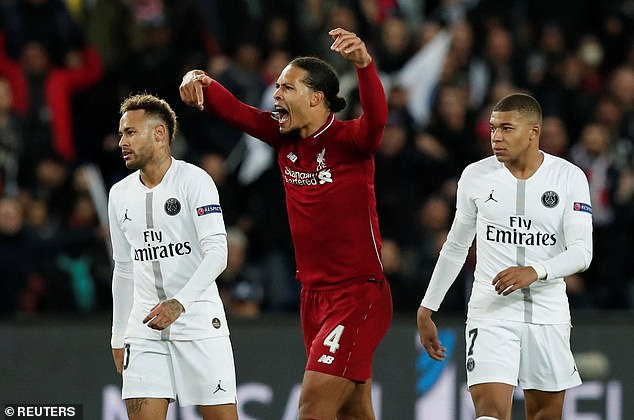 The irritation felt by Milner and Van Dijk was exacerbated by the histrionics of PSG’s players.

Neymar was the chief tormentor and Van Dijk’s frustrations boiled over at the end when he barked at the Brazilian to get up after he had appealed for a penalty once again.

‘Every time we made a foul they all came to the ref trying to get us a yellow card,’ said Van Dijk. ‘We should do the same at times. I think in the second half we did it better. It’s not my type of game. We still respect them and how they are as players because they’re world class.

‘But it’s not really necessary at times. Other than that, they scored two goals, we lost and that’s it. Sometimes they get hit and they will go down and sometimes I think it’s too easy and I get so frustrated.’