He’s swoon-worthy Papa Pearson on the hit show This Is Us.

But on Sunday, Milo Ventimiglia was a Disneyland fan as he enjoyed the Anaheim, California, amusement park with a stunning mystery woman.

The 40-year-old actor was all smiles on his date, wearing a black hat with a 20th Century Fox logo teamed up with a blue chambray shirt underneath a black sweater.

All smiles: Milo Ventimiglia enjoys a date at Disneyland with a blonde mystery woman on Sunday 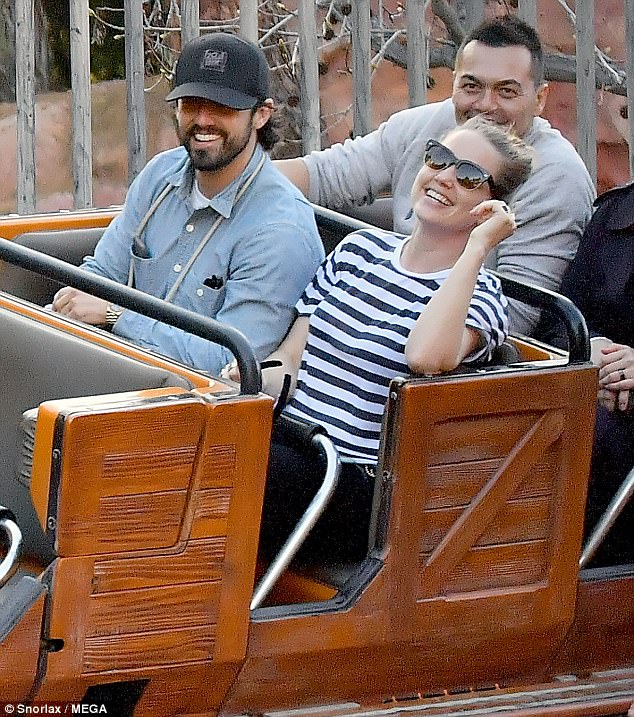 Kids at heart: The couple were seen enjoying different rides like Big Thunder Mountain Railroad and the Haunted Mansion

He kept his personal belongings close in a backpack with leather straps and topped his theme park attire off with beige pants and matching lace-up boots.

The Emmy nominee was ready for the picture-perfect outing, holding a camera to capture moments from the fun-filled day.

And one of those moments came on the Radiator Springs Racers. The Gilmore Girls actor held out his phone for a selfie as he and his date raced along in the Cars-themed attraction.

Before heading to the theme park, the star posted a pic of some of his Disney essentials on Twitter, saying: ‘Cap, Mickey shirt, Camera. I’m ready. Here I come @Disneyland.’ 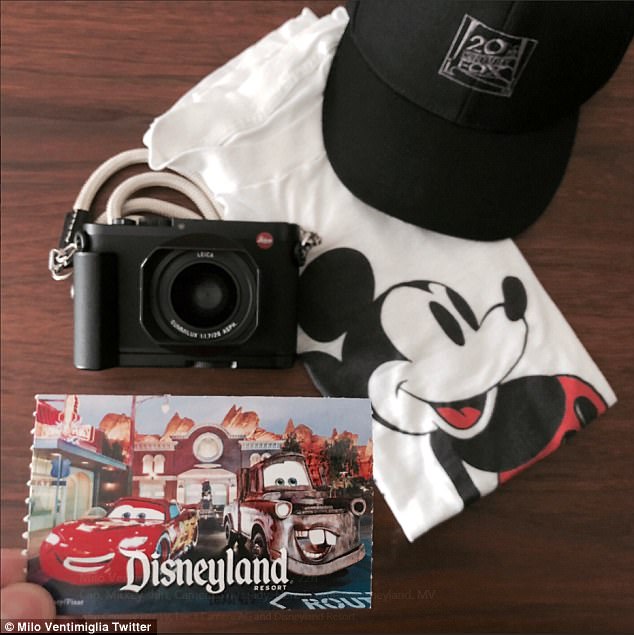 ‘I’m ready’: The star posted a picture to Twitter highlighting his Disney essentials – a hat, Mickey shirt, camera, and of course, his ticket

His date coordinated with his outfit, sporting a black-and-white striped shirt under an over-sized black sweater.

She teamed her monochromatic look up with dark-wash skinny jeans, black workout shoes, and brown-tinted sunglasses.

Channeling the Disney vibes, the blonde wore a pair of Minnie ears and donned a Disneyland button on her pants. 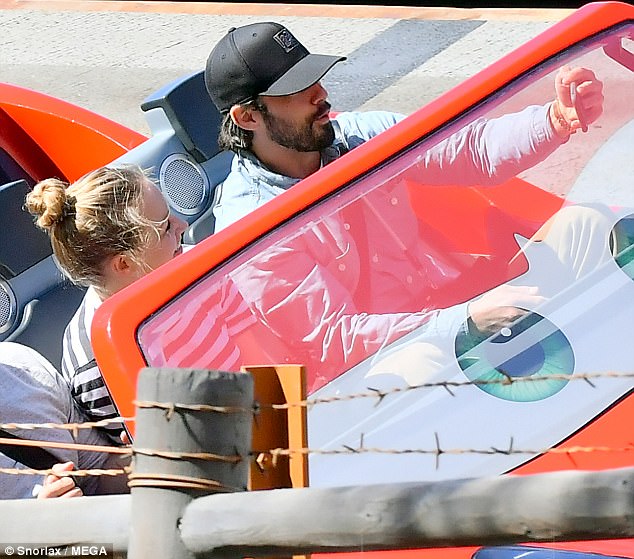 Camera cue: While riding along on the Radiator Springs Racers, Milo snapped a fun selfie with his date

The smiling pair enjoyed a number of different rides, including Big Thunder Mountain railroad where the Anaheim-born actor ducked for cover to avoid some water.

The couple also made their way over  to the Haunted Mansion and Indiana Jones Adventure.

And it seemts that Milo is no stranger to the theme park.

‘I grew up in Orange County, so I grew up going to Disneyland all the time,’ said Milo on Jimmy Kimmel Live last month. ‘It was one of those places where you’d go and fall in love but you also go and get in real trouble.’ 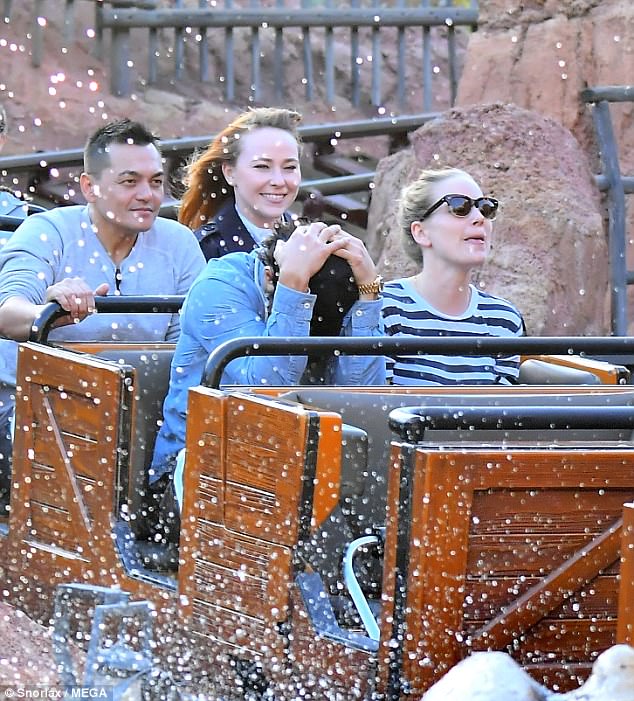 Duck for cover: The This Is Us star avoided a large splash of water during the pair’s fun-filled outing

The actor went on to detail one of the times he got in real trouble at the family-friendly park.

While riding the now-closed Sky Tram on his 12th birthday, Milo said: ‘One of my friends, I don’t know who it was, had the great idea to play the game called ‘Spit on Someone and Try to Hit Someone.’ We’re spitting over the edge, like, ‘Oh wow, hit a bald dude!’

But when his parents found out his ‘birthday was over.’ The family went home and Milo ultimately learned that there was ‘no spitting at Disneyland.

The SAG award winner recently wrapped up filming the second season of This Is Us last month.

While fans have finally found out how his character Jack Pearson dies, the time-hopping nature of the show surely means that Milo will be back to give some more fatherly advice in season three. 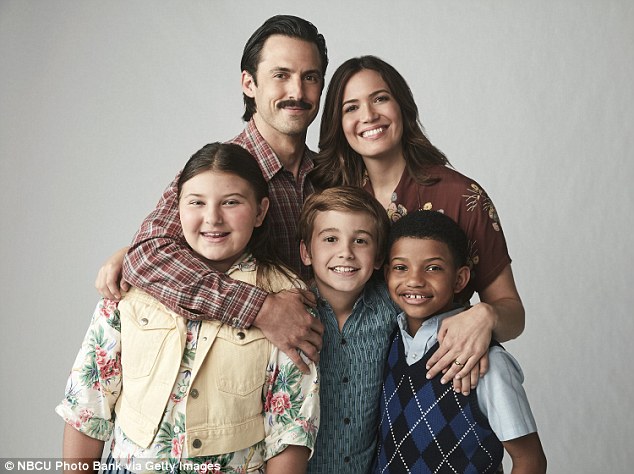 Back in action: The Pearson clan wrapped up filming season two of the hit show This Is Us, but Jack and the gang will get back to work soon on season three