UEFA have picked Serbian Milorad Mazic to referee the Champions League final between Liverpool and Real Madrid in Kiev on May 26.

Cristiano Ronaldo may not be looking forward to his reunion with the ref who was widely criticised for a controversial display that contributed to Portugal’s KO at the last World Cup.

Ronaldo threw a strop at Mazic as Portugal fell to a 4-0 defeat by Germany in 2014 — a game which saw former Real defender Pepe sent off after Mario Gotze had been awarded a soft penalty for an apparent foul by Joao Pereira.

FIFA official Milorad Mazic will referee the Champions League final in Kiev, Ukraine on May 26 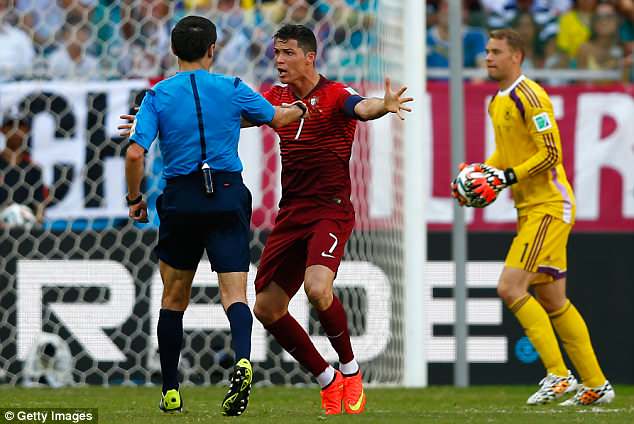 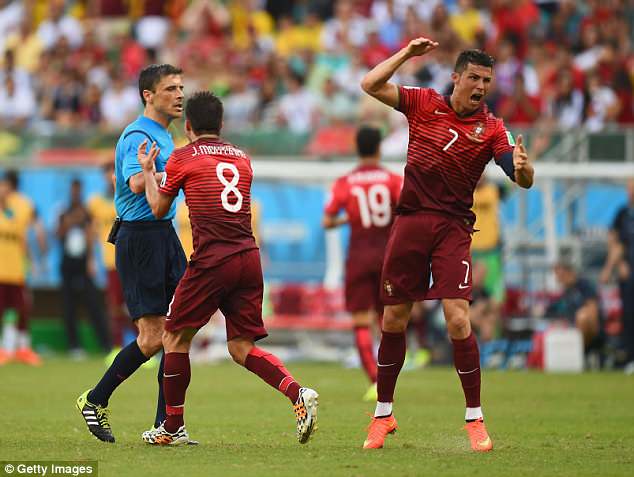 Mazic refereed Real at the start of last season, sending off Sevilla’s Timothee Kolodziejczak before the Bernabeu outfit won the UEFA Super Cup 3-2 in extra time.

The 45-year-old last took charge of Liverpool in March 2016 when Jurgen Klopp’s men secured a 1-1 draw at Old Trafford, which saw them progress past Manchester United 3-1 on aggregate to reach the last-16 of the Europa League.

Mazic was also in charge of England for Sam Allardyce’s only game as manager when Liverpool midfielder Adam Lallana scored a last-minute winner in a 1-0 victory over Slovakia, after Martin Skrtel was given a red card.

He has refereed five matches in the Champions League already this season, including one during the qualification rounds. He has issued 18 yellow cards at an average of 3.6 per game.

Dutch ref Bjorn Kuipers will take charge of the Europa League final on May 16 when Atletico Madrid and meet Marseille in Lyon.

It is a second Europa League final for Kuipers, after he oversaw Chelsea’s 2013 win over Benfica. The Dutchman also worked Atletico’s 2014 Champions League final loss to Real.

Mazic and Kuipers have both been picked by FIFA for a second straight World Cup, which kicks off next month.

Between them they have refereed the past two Confederations Cup finals — Mazic in Russia last year and Kuipers in Brazil in 2013. 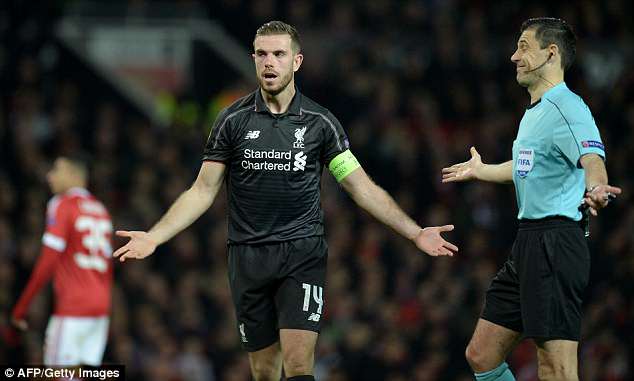 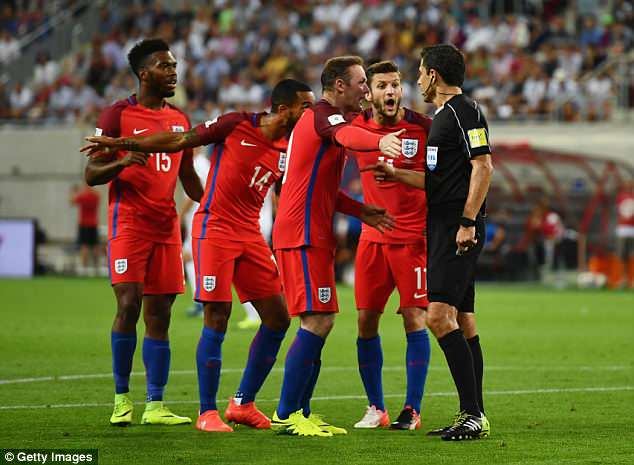 He was also in charge of England for Sam Allardyce’s only game as manager, against Slovakia 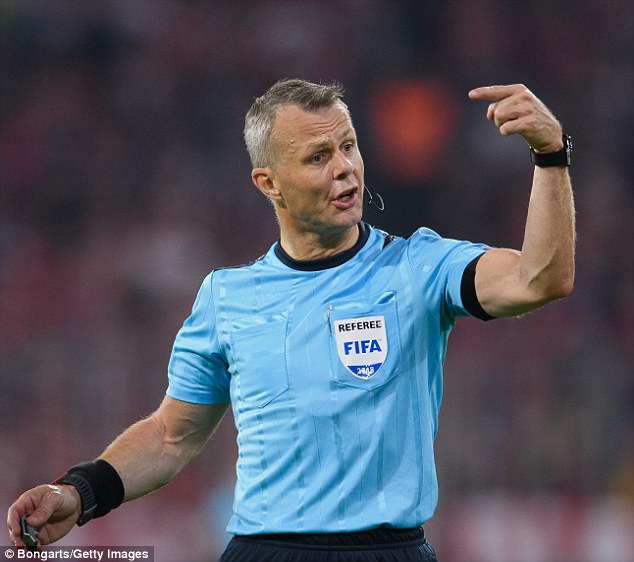