Milwaukee Bucks forward Sterling Brown was arrested at a Walgreens in Milwaukee, Wisconsin, early Friday at 2am

Brown, 22, was arrested on a misdemeanor charge of resisting or obstructing an officer around 2am on Friday and ‘an electronic control device was deployed.’

According to a statement from a police spokesman to the Journal Sentinel, police headed to a local Walgreens and saw a vehicle parked in two handicap spaces.

Officers spoke with Brown and then used a taser on him before making an arrest.

The Milwaukee Police Department is reviewing the circumstances surrounding the incident and the use of force.

Mayor Tom Barrett told the publication that he spoke with both Bucks president Peter Feigin and with police management.

‘The police are reviewing the situation,’ Barrett added. ‘My understanding is that there will be an investigation of the situation and as soon as possible, I want to make sure that there’s a transparent process here for the public.’ 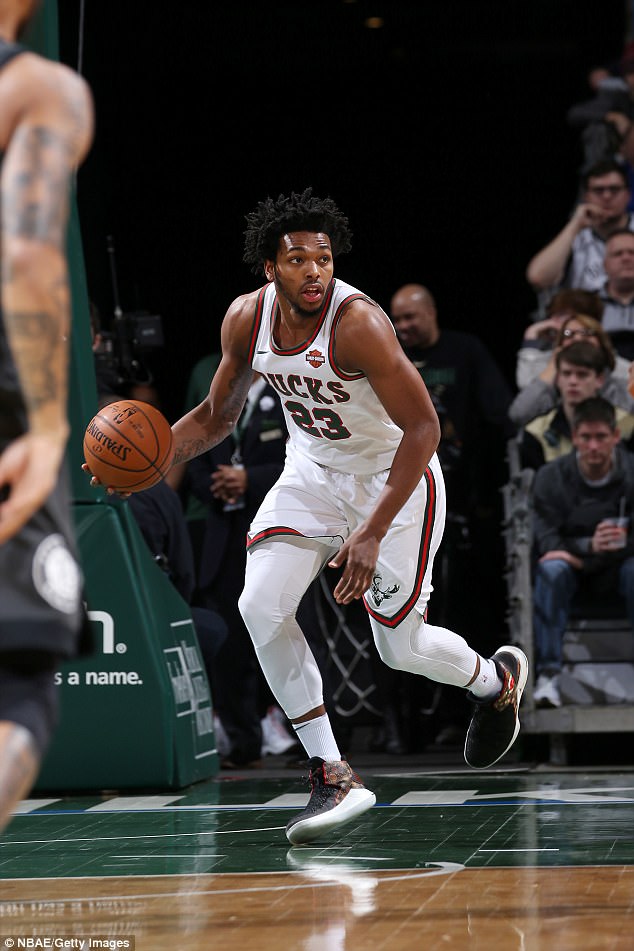 According to local police, his vehicle was parked in two handicap spots and he was tased before being arrested

News/Talk 1130 WISN reported that a source said Brown confronted officers and ‘became combative’ when they were writing him a ticket.

The six-foot-six guard joined the Bucks last summer in a deal with the Philadelphia 76ers and had been the 46th overall draft pick out of SMU.

‘I am aware of the situation and we do support Sterling completely,’ interim coach Joe Prunty said.

‘We’re confident that it will be resolved quickly.’ 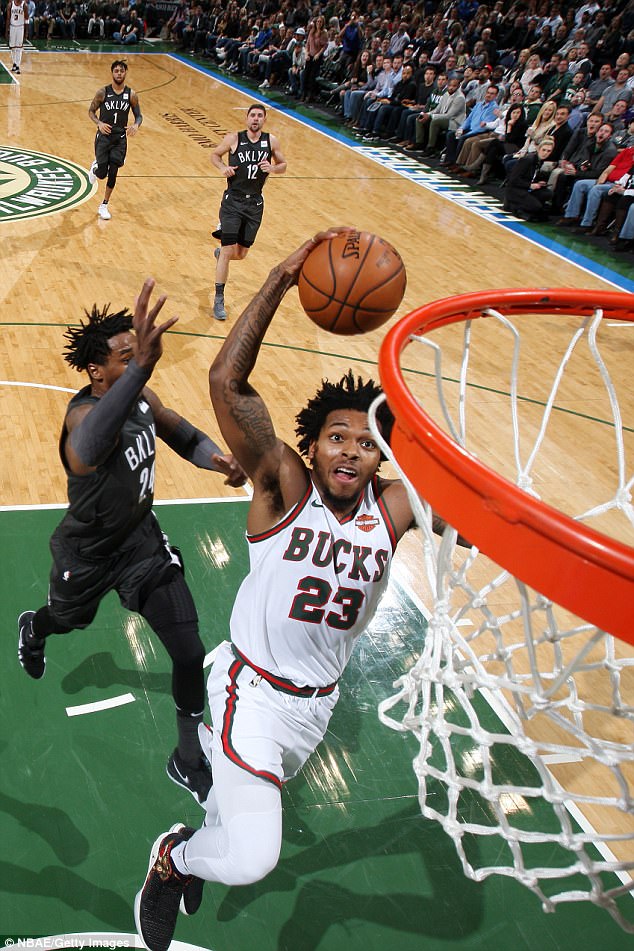 At Friday’s game vs Brooklyn at the BMO Harris Bradley Center, Brown spoke with media before the game.

He said: ‘I mean it’s a personal issue I’m dealing with right now. It’s being handled. I’d appreciate if y’all would respect that right now.’

There were bruises on his face.

He added: ‘Like I said, it’s an issue I’m dealing with right now. That’s all I really want to say right now.’