Bodycam footage of the arrest of a Milwaukee Bucks star in January was released on Wednesday showing the player being tased after committing a parking violation.

Sterling Brown is suing the police department after the video showed him being confronted by an officer outside a Walgreens for parking across two handicap spaces.

The pair argued, and when the officer called for backup, multiple cars arrived, flooding the carpark in red and blue lights.

The officer said he had asked Brown to step back from his vehicle and he had refused, and then claimed the athlete ‘became very aggressive’.

Bodycam footage of Milwaukee Bucks star Sterling Brown (pictured) being arrested in January shows the star guard being pulled to the ground, tasered and arrested over a parking violation 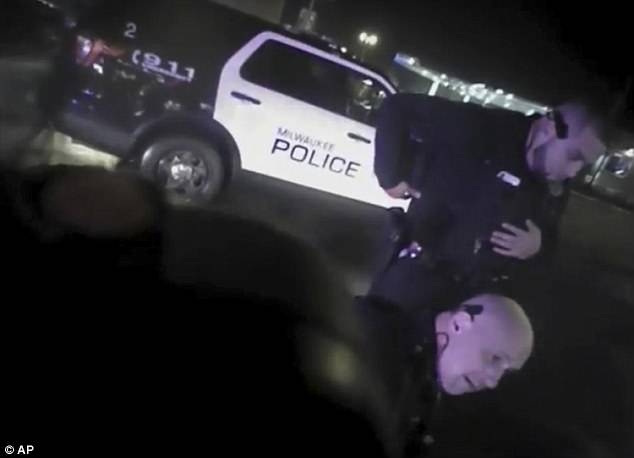 Soon after more police arrived, Brown was surrounded by four police officers, who brought him to the ground when he took too long to remove his hands from his pockets.

As he hits the ground, one officer yells ‘taser taser taser’, and a slapping noise is heard before Brown groans in pain.

Soon after, the initial officer and Brown recommence their argument.

‘I wanted to talk to you about [the improperly parked car],’ the officer said. ‘I asked you to move back.’

‘That’s fine, you could have talked. You didn’t have to touch. You initiated touch,’ Brown responded. 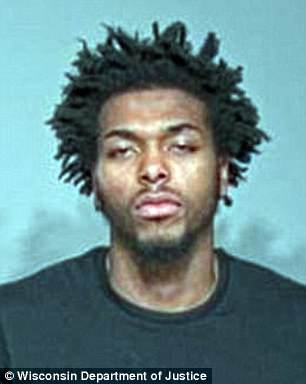 He is handcuffed and looks rattled by his ordeal as police prepare to take him to the hospital.

He was cited for a parking violation but not charged following his arrest, The Milwaukee Journal Sentinel reported.

The officers involved are currently under internal investigation, and Milwaukee police says they have been disciplined, though it is not clear how.

After hiring a civil rights attorney, Brown plans on filing a lawsuit against the Milwaukee Police Department.

The Bucks have issued a statement confirming they will support Brown throughout the process and urging police to be more accountable.

‘The abuse and intimidation that Sterling experienced at the hands of Milwaukee Police was shameful and inexcusable,’ the statement read.

‘Sterling has our full support as he shares his story and takes action to provide accountability.

‘Unfortunately, this isn’t an isolated case. It shouldn’t require an incident involving a professional athlete to draw attention to the fact that vulnerable people in our communities have experienced similar, and even worse, treatment.

‘We are grateful for the service of many good police officers that courageously protect us, our fans and our city, but racial biases and abuses of power must not be ignored.’ 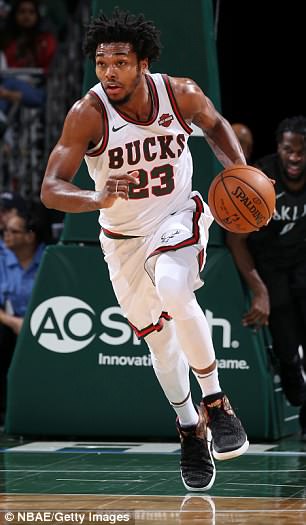 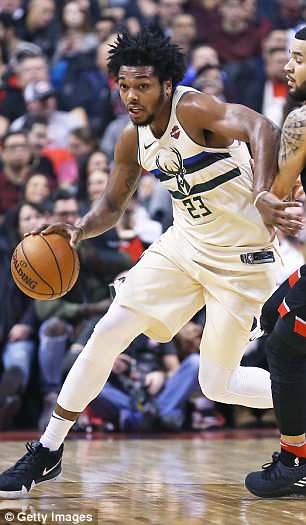 The Bucks labelled the MPD’s treatment of Brown as ‘shameful and inexcusable’, and said they would support the player in his court case

Brown also issued a statement raging against the police, noting ‘situations like mine and worse happen every day in the black community’.

‘Black men shouldn’t have to have their guard up and instantly be on the defensive when seeing a police officer, but it’s our reality and a real problem,’ he wrote.

‘There must be mutual respect and both sides have to figure out how to accomplish this.’

Milwaukee Police Chief Alfonso Morales, who took over the department in February, said he was ‘sorry this incident escalated to this level’

‘When I took office, I vowed to rebuild trust between the Milwaukee Police Department and the community. We are doing that,’ he told reporters. New Police Chief Alfonzo Morales (pictured), who did not step in to the role until after Brown’s arrest, said he was ‘sorry this incident escalated to this level’

‘I promised that when the Department is involved in events of this nature, we will be honest about them. We are.

‘The men and women of the Milwaukee Police Department are dedicated to protecting and serving the citizens of Milwaukee. We have hundreds of interactions with citizens each day, and those contacts end positively.

‘Therefore, we ask residents to work with us in our shared vision of making Milwaukee a safe place to live, work and raise a family.’

‘My experience in January with the Milwaukee Police Department was wrong and shouldn’t happen to anybody. What should have been a simple parking ticket turned into an attempt at police intimidation, followed by the unlawful use of physical force, including being handcuffed and tased, and then unlawfully booked. This experience with the Milwaukee Police Department has forced me to stand up and tell my story so that I can help prevent these injustices from happening in the future.

‘Situations like mine and worse happen every day in the black community. Being a voice and a face for people who won’t be heard and don’t have the same platform as I have is a responsibility I take seriously. I am speaking for Dontre Hamilton of Milwaukee, Laquan McDonald of Chicago, Stephon Clark of Sacramento, Eric Garner of New York, and the list goes on. These people aren’t able to speak anymore because of unjust actions by those who are supposed to “serve and protect” the people.

‘The common denominator in all of these situations has been racism towards the minority community, the abuse of power, and the lack of accountability for officers involved. The lack of repercussions for the police officers involved in so many of these cases is offensive. This is a slap in the face to the victims’ families and communities. ‘Black men shouldn’t have to have their guard up and instantly be on the defensive when seeing a police officer, but it’s our reality and a real problem. There must be mutual respect and both sides have to figure out how to accomplish this.

‘There are no easy solutions to this problem, but there are strides that can be made to create change. I will do my part in helping to prevent similar incidents from happening to the minority community in the future.

‘This is bigger than me. My family, friends, legal team, Priority Sports, Milwaukee Bucks, the black community and the communities of all who stand against injustice plan to continue the fight. Peaceful support to ensure no further damage to our community is the only way to respond. I know many of you will share my anger and frustration, but for our community to progress and grow, we need to build on what we already have and not destroy it. I will take legal action against the Milwaukee Police Department to continue forcing change in our community.’