Milwaukee police have released photographs of the man they say is responsible for the murder of black Donald Trump supporter, Bernell Trammell.

Trammell, 60, was gunned down in the city’s Riverwest neighborhood last Thursday afternoon, with the assailant carrying out the shocking shooting in broad daylight.

Trammell was found dead in front of his business which featured Trump 2020 signs in the front window.

Detectives are still working out whether the murder may have been politically motivated, but they have now shared snaps of the suspect with the public.

On Tuesday, the Milwaukee Police Department’s Twitter account posted five surveillance stills of the man taking off on a bicycle near the scene of the crime. 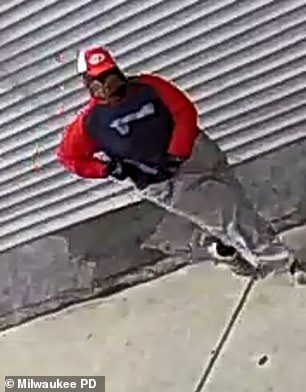 Milwaukee police have released photographs of the man they say is responsible for the murder of black Donald Trump supporter, Bernell Trammell (left) . The suspect is pictured at right in a surveillance photo taken shortly after the killing 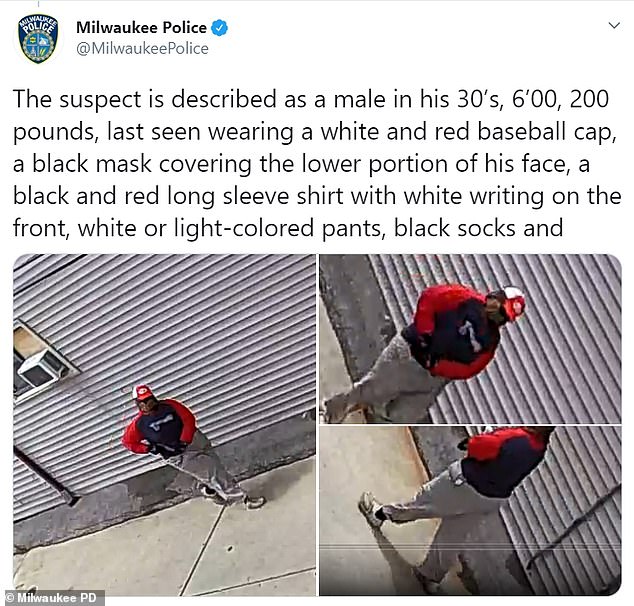 Police posted this appeal for help to Twitter. They believe the man appears to be aged in his 30s and weighs around 200 pounds

‘MPD is seeking the public’s assistance in identifying the suspect wanted for a homicide that occurred on the 900 block of East Wright Street on Thursday, July 23, 2020, at about 12:30 P.M,’ the police wrote above the pictures.

They say the man appears to be aged in his 30s and weighs around 200 pounds.

The images also show the suspect clad in a red and white baseball cap and a distinctive black sweatshirt with bright red sleeves.

‘Because of Trammell’s well known political activism and the possibility that his murder could be politically motivated, I respectfully request that United States Attorney Matthew Krueger open an investigation into this heinous crime,’ Hitt told the Journal Sentinel in a statement issued late last Friday.

‘No American should fear for their personal safety because of where they live or their political affiliation.’ 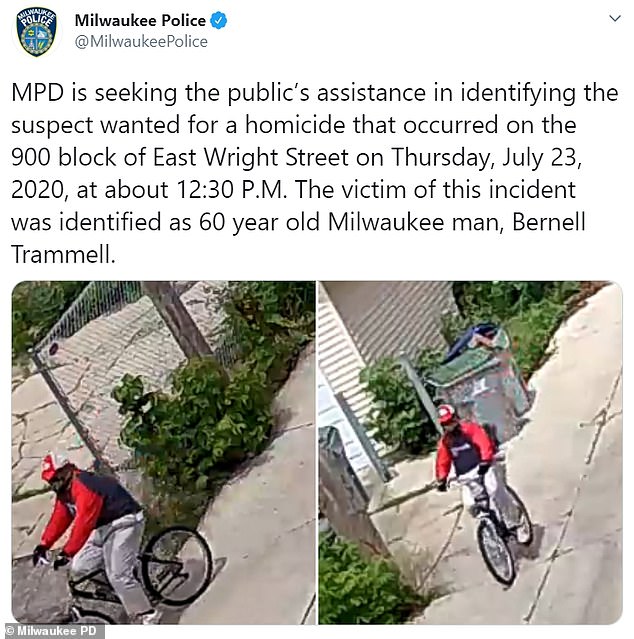 Reggie Moore, director of Milwaukee’s Office of Violence Prevention, told the Milwaukee Sentinel Journal he recently intervened in a dispute between Trammell and a young man over a Trump sign he was carrying.

But community members told CBS 58 that Trammell was an independent who supported candidates on both sides of the aisle, including President Donald Trump in the presidential race and Senator Lena Taylor, a Democrat in the Milwaukee mayoral race.

‘He believed in democracy. He believed in his right to free speech,’ said John Self, who had many conversations with Trammell over the years. ‘I don’t think he ever once tried to convert you or change you. He would just tell you what he thought, he would listen to what you had to think, and then he would respect that. 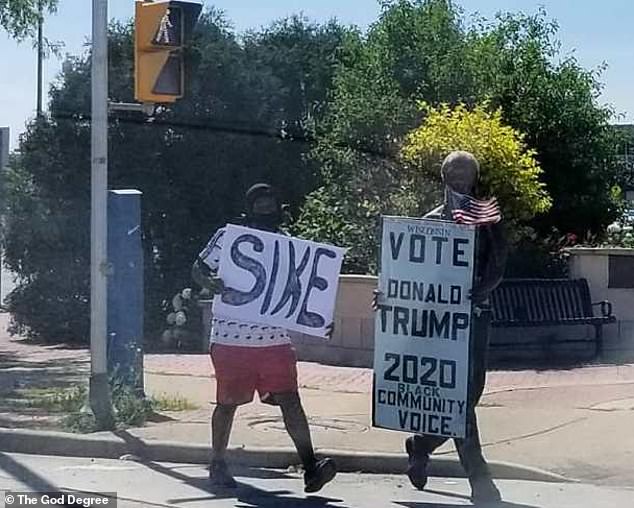 Trammell could often be seen on a street corner in Milwaukee. His signs would vary from  being political to social justice to religion 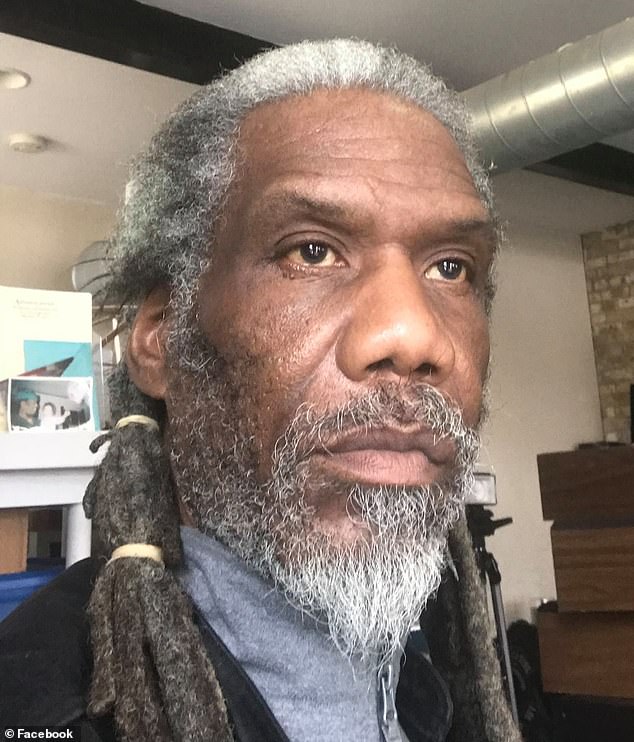 ‘He’s just a community figure,’ Agoro said. ‘I respected him just because he had a position… He’s got his opinion on why he feels that way; and I’m not going to knock him.’

Many other community members knew Trammell for his political signs and Rastafari religious views.

‘It was very deep conversations, very philosophical,’ one local told Fox 6. ‘He was a really great guy. He meant no harm.’

‘He’s a black elder who didn’t deserve to die the way that he did, ‘another stated. 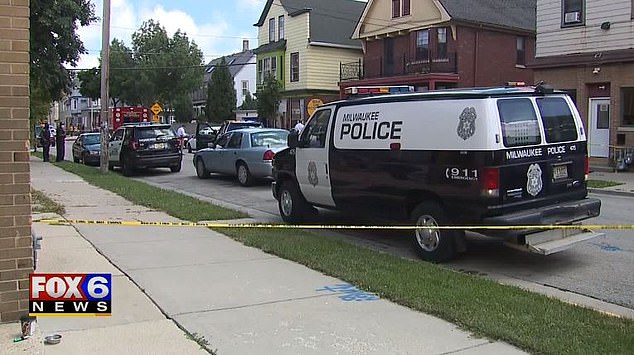 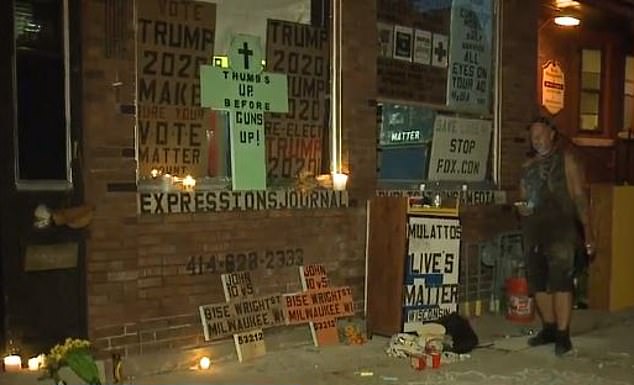