So THAT’S what it’s for! Mind-blowing hidden purposes of everyday objects revealed (but how many did YOU already know?)

You’re probably not aware of these tiny features that often pass us by on everyday objects – such as a small hole on the base of a padlock.

While other noticeable details – like the seemingly pointless mini pocket on the front of your jeans – may have left you wondering about what their intended purpose is.

From features with a historical signifigance – such as bobbles on hats and margins on paper – to more modern additions, a recent Bored Panda gallery revealed the mind-blowing hidden purposes.

One that’s sure to be game-changing in terms of its usefulness includes the reason for the number 57 embossed on a Heinz tomato bottle.

‘All you need to do is apply a firm tap where the bottle narrows [by the number], and the ketchup will come out easier,’ a Heinz spokesperson said, thus reducing the struggles of getting every last drop.

Elsewhere, the small triangle on your petrol gauge indicates what side of the car to access your pump from, so you’ll never have to get out of a hire car to check again.

The bobble on the top of these sorts of hats originally had more of a functional use than just making a fashion statement. They were added to protect sailors’ heads from getting hit on the ceilings of the ships during rough weather

Who knew? The tiny button on the pocket of jeans is placed to secure the fabric and prevent ripping in the most delicate spot Safety precaution: Originally, margins were not made to leave space for notes. They were instead used to protect the information penned inside from rats, who liked to nibble away at the edges of the paper 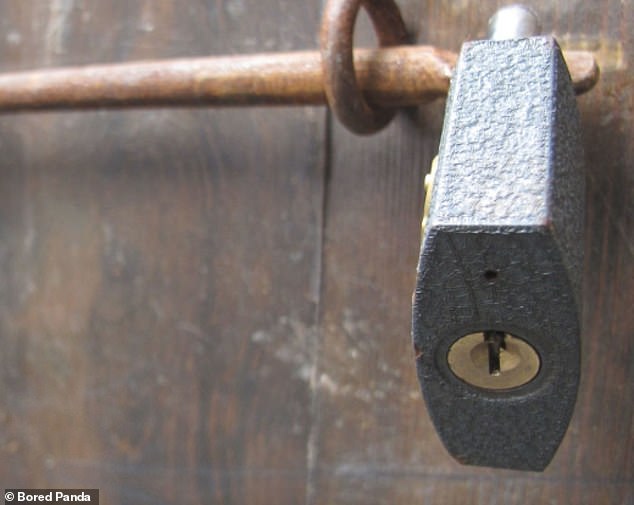 Multi-talented! The hole found on the bottom of a padlock has two uses – one, to act as a filter for any water trapped in the item, and two, to insert oil into it for lubrication 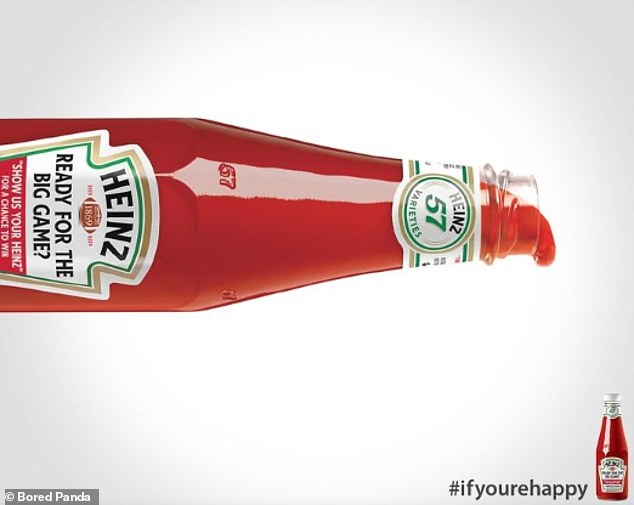 One that’s sure to be game-changing in terms of its usefulness includes the reason for the number 57 embossed on a Heinz bottle. ‘All you need to do is apply a firm tap where the bottle narrows [by the number], and the ketchup will come out easier,’ a Heinz spokesperson said Such a gentleman! Historically, these seemingly useless pockets were the perfect size to hold a person’s pocket watch 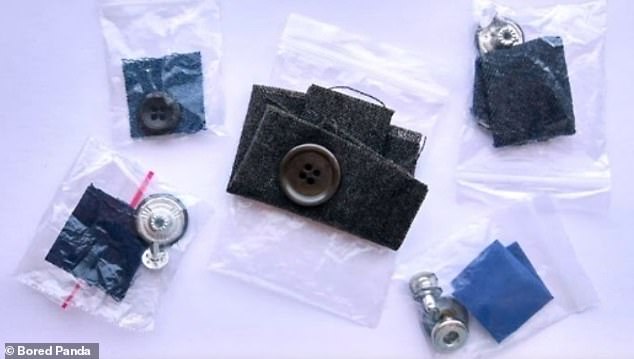 Want to reduce the chance of shrinking your garments? The little fabric swatch that comes with some new clothing is so you can test out your detergent and washing temperature on it, preventing you from ruining your items 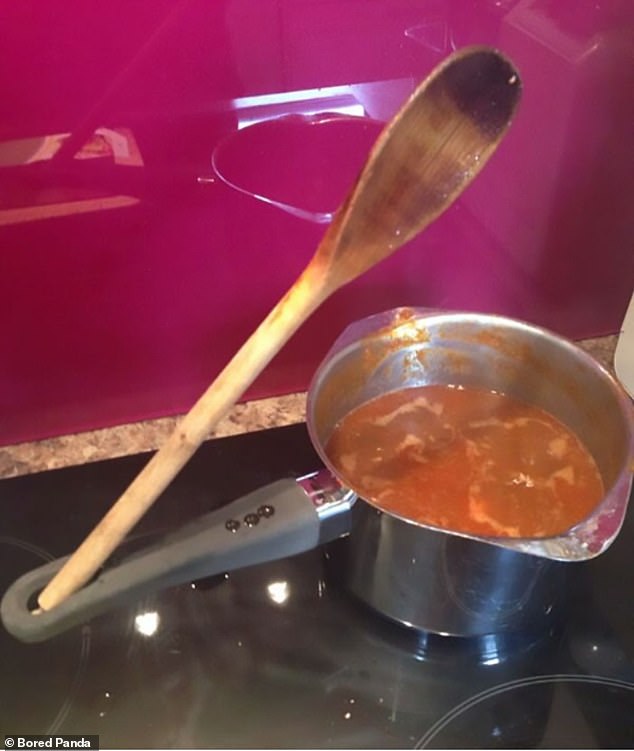 A hole new meaning! Pan handles are designed to hold utensils to avoid counters getting messy or cluttered 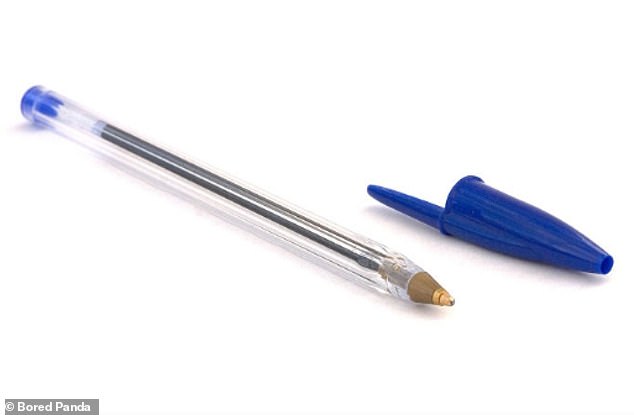 Ever chewed on a pen lid while bored? Well, thank your lucky stars for the hole at the end of it. It’s there in case someone accidentally swallows the lid – providing an air hole so the person can still breathe with it lodged in their throat You’ve probably never noticed it, but that little triangle on your petrol gauge indicates the side of the car the pump hatch is on – so you’ll never need to get out and check again 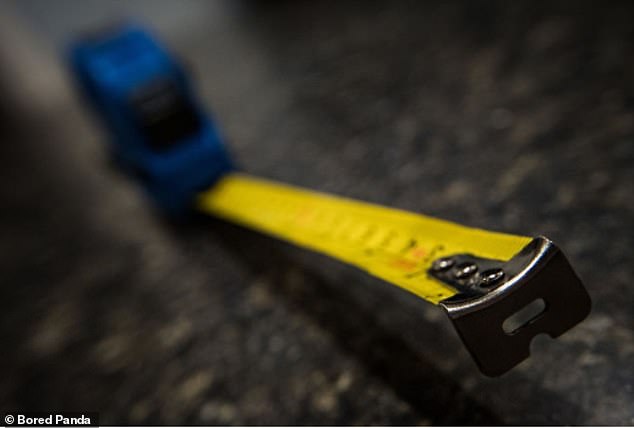 So handy! The small hole at the end of most tape measures is so you can hook it onto nails or screws to avoid slipping The hole found at the end of a lollipop stick once the sweet has been eaten is used in the production process to help hold the candy in place, since some of the liquid is poured into it, acting like a hook 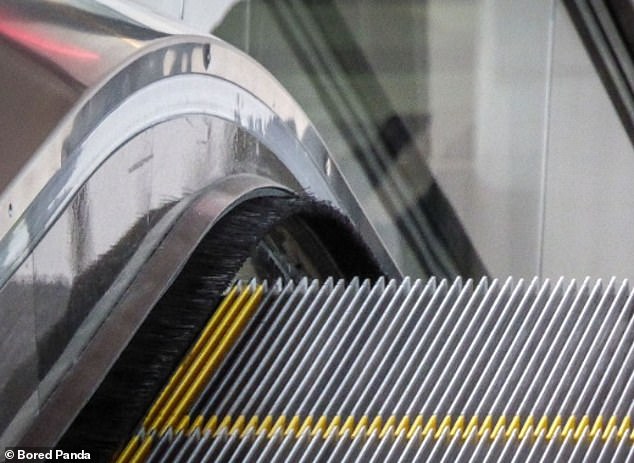 A safety skirt! The bristles on the side of every escalator encourage rider’s away from the edge, meaning they’re less likely to face a mishap with a trapped bag or shoe lace