Trendy mindfulness reduces stress levels by more than half by changing the structure of the brain, new research reveals.

Mindfulness, which involves paying attention to the present moment, relieves tension by 51 per cent by boosting regions of the brain associated with attention, function and compassion, a study found.

The ancient Buddhist meditation, which is championed by the likes of Gwyneth Paltrow and Emma Watson, and is even recommended by the NHS, also makes people feel better within themselves, the research adds.

In particular, practicing mindfulness by sharing challenging experiences with others may help to reduce social shame, which is a common trigger for stress, according to the researchers.

Lead author Professor Tania Singer from the Max Planck Institute of Human Cognitive and Brain Sciences in Germany, said: ‘As empathy, compassion and perspective-taking are crucial competencies for successful social interactions, conflict resolution and cooperation, these findings are highly relevant’.

Gwyneth Paltrow champions mindfulness, which reduces stress levels by more than half 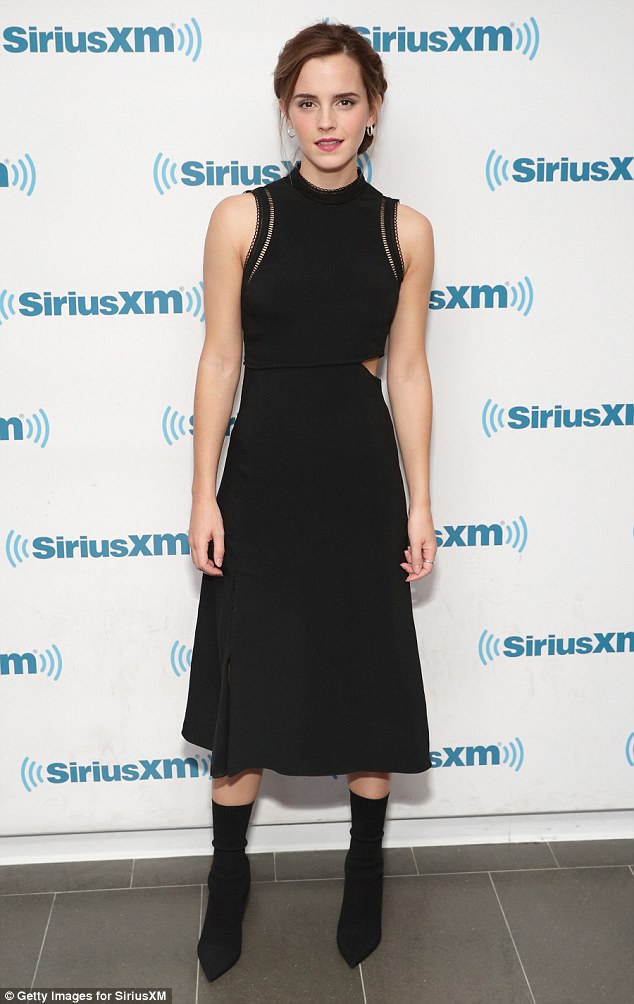 Emma Watson is also a fan of the practice, which boosts regions of the brain linked to attention

YOGA AND MEDITATION COULD HELP YOU GET THAT PROMOTION

Yoga and meditation could help you get that promotion, research suggested last month.

Lead author Kimberly Luu from the University of Waterloo in Ontario, said: ‘There are a number of theories about why physical exercises like yoga improve energy levels and cognitive test performance.

‘These include the release of endorphins, increased blood flow to the brain and reduced focus on ruminative thoughts.

‘Though ultimately, it is still an open question.’

The researchers analysed the brain scans of more than 300 people aged between 20 and 55 years old.

Different aspects of mindfulness were practiced, with the first focusing on breathing and noticing different internal and surrounding sensations.

The second form of ancient practice involved the participants working in pairs for 10 minutes every day while they shared challenging experiences in an attempt to increase their compassion, gratitude and coping mechanisms.

Finally, working in pairs, the participants adopted the mindset of roles such as a ‘worried mother’ or ‘curious child’ to makes them more aware of their thought processes and gain perspective.

All three mindfulness practices were completed for six days a week for a total of 30 minutes a day over three months.

Blood samples were taken before and after the study to measure levels of the stress hormone cortisol. 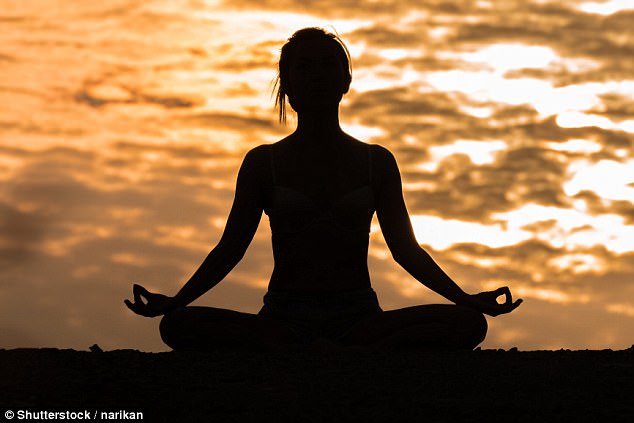 Mindfulness, a form of meditation, also makes people feel better within themselves

Mindfulness reduces stress by more than half

All of the study’s participants reported feeling better within themselves after being more mindful of their surroundings for three months.

First author Dr Sofie Valk said: ‘Depending on which mental training technique was practised over a period of three months, specific brain structures and related behavioural markers changed significantly in the participants.

‘For example, after the training of mindfulness-based attention for three months, we observed changes in the cortex in areas previously shown to be related to attention and executive functioning.’

‘As empathy, compassion and perspective-taking are crucial competencies for successful social interactions, conflict resolution and cooperation, these findings are highly relevant to our educational systems as well as for clinical application.’

The researchers believe sharing thoughts while practicing mindfulness in pairs is particularly helpful.

Study author Dr Veronika Engert added: ‘The daily disclosure of personal information coupled with the non-judgmental, empathic listening experience may have “immunised” participants against the fear of social shame and judgment by others – typically a trigger of social stress.’

The findings were published in the journal Science Advances.