Rishi Sunak claims £3billion drive for ‘green’ homes, hospitals and schools will support 140,000 jobs – with households able to get grants of up to £5,000 for improvements

The Chancellor insisted he wanted to see a ‘green recovery with concern for the environment at its heart’ as he confirmed the plans in the Commons.

In his mini-Budget, Mr Sunak confirmed a £2billion Green Homes Grant from September will mean homeowners and landlords can get grants up to £5,000 for insulation and other energy efficiency measures.

Some of the lowest income households will get the full costs of energy efficiency refits paid up to £10,000.

The funding also includes £1billion to improve the energy efficiency and low carbon heating for schools, hospitals, prisons, military bases and other public buildings and £50 million to pilot ways to cut carbon from social housing.

In his mini-Budget, Rishi Sunak confirmed a £2billion Green Homes Grant from September will mean homeowners and landlords can get grants up to £5,000 for insulation and other energy efficiency measures (file picture)

Campaigners welcomed the moves to invest in energy efficiency, widely seen as one of the best ways to boost jobs across the UK while cutting emissions.

But they warned that levels of funding were well below what was needed to address the climate and nature crises, and that the ‘jury is still very much out’ on how green the Government’s recovery will be.

Rosie Rogers, from Greenpeace UK, whose activists changed the road signs at Parliament Square so they read ‘Green Recovery’ in every direction, said: ‘All roads must now lead to a green recovery – there is no alternative option.’

Chris Venables, head of politics at Green Alliance, said: ‘Today’s speech could mark a really positive first step on the green recovery, but only if this ambition is continued throughout the rest of the year, and particularly in the autumn budget.

‘We urgently need to see a clear funding strategy for supporting public transport in its time of crisis, a long-term strategy to ensure all buildings are warm and cheap to run, reversing the catastrophic declines in nature, and investing in the technology of the future.

‘The jury is still very much out on how green the UK Government’s recovery will be, and we’ll be watching over the coming weeks and months.’

There have been widespread calls for a green recovery, including calls for the Government to deliver on its £9.2billion manifesto pledge for energy efficiency and investment in schemes to help nature recover, and make sure business bailouts have ‘green strings’ attached. 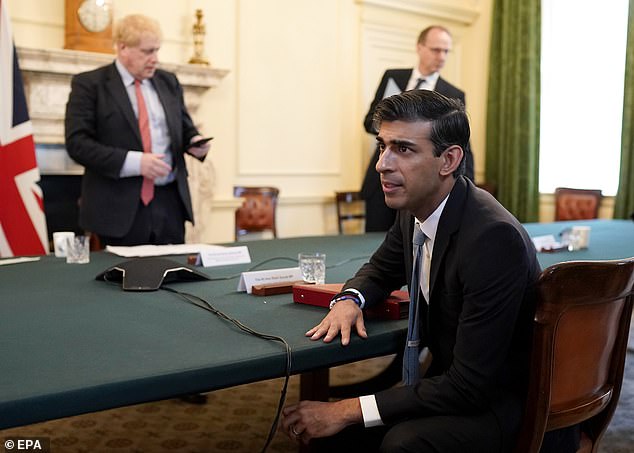