Tributes have been paid to a cancer survivor killed in a minibus crash.

Grandfather Ross Barker was heading for a Christmas trip to the races with friends when their privately hired coach flipped over on a straight stretch of rural trunk road.

Photographs of the crash scene show the crushed wreckage of the minibus, which is on its roof, lying in a field beside the villages of Carfraemill and Gordon, in Berwickshire.

Police declared a major emergency and local residents who had been alerted to the unfolding tragedy – which happened just before 11am on Saturday – rushed to help the injured.

Mr Barker, 59, was pronounced dead at the scene of the crash.

The 22 remaining passengers and the bus driver were taken to hospital, with an air ambulance sent to the scene.

The youngest casualty was 24 and the oldest 75. Six men were kept in hospital overnight for treatment for serious injuries.

The minibus had set off for Kelso Racecourse, Roxburghshire, from the Dean Tavern, in Newtongrange, Midlothian, packed with friends who drank at the pub.

Last night, as tributes poured in for Mr Barker, from Port Seton, East Lothian, it emerged he had battled prostate cancer. 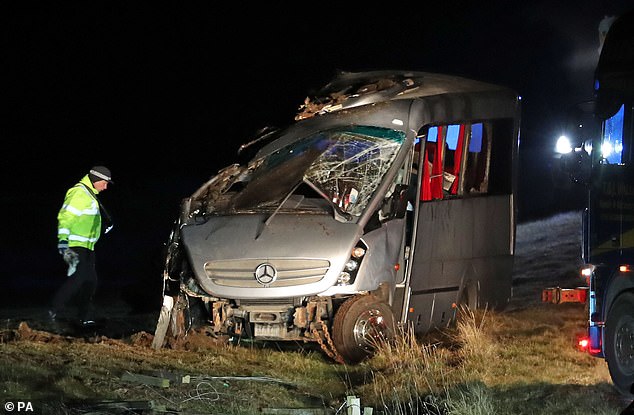 Photographs of the crash scene show the crushed wreckage of the minibus, which is on its roof, lying in a field beside the villages of Carfraemill and Gordon, in Berwickshire 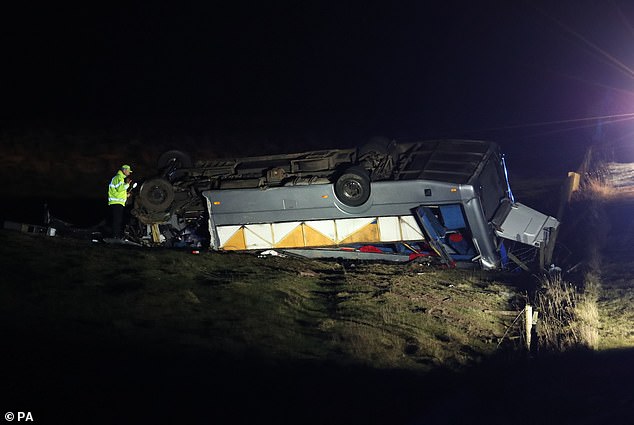 The single-vehicle crash happened at 10.50am on Saturday on the A6089 between Carfraemill and Gordon, near Lauder, 23 miles from Edinburgh

In a newspaper interview in 2009, he and his wife Pauline spoke about the challenges they faced while he was being treated for the potentially deadly condition, which had been diagnosed two years earlier.

The couple had enjoyed visiting beauty spots, including Orkney, in a campervan. Mr Barker’s niece, Ashleigh Tiffney, was among those to share tributes, writing: ‘Rest in peace uncle Ross, love you always.’

Shona Smith posted: ‘RIP Ross you were a wonderful man. Absolutely devastated, you will never be forgotten.’

Chief Inspector Steven Duncan said: ‘This has been an outing among friends and associates which has turned into tragedy.

‘Our sympathies are with Ross’s family, who have requested privacy during this terrible ordeal. Our thoughts also remain with all those injured and their families.’ 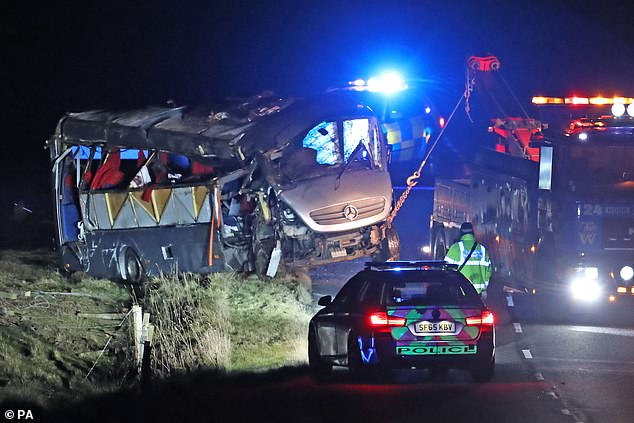 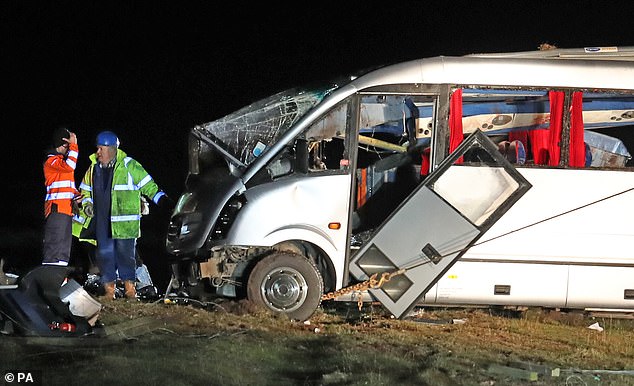 Mr Ross, who was pronounced dead at the scene, was one of the passengers on the minibus, with men on board aged between 24 and 75

Flowers were left at the doors of the Newtongrange Church Hall last night and a special prayer service was held.

Local minister the Rev Malcolm Muir wrote on social media: ‘We send our love and prayers to the family of the man who has lost his life and to those injured for a speedy recovery.’

Gary O’Connor, 44, chairman of the Dean Tavern Trust, which runs the community-owned pub, said: ‘This is a close-knit community and we will rally round to support those affected.’

Lothian MSP Neil Findlay tweeted: ‘Horrendous news about the Midlothian men whose minibus crashed on the way to the races at Kelso – my thoughts and prayers are with them and their families.’ 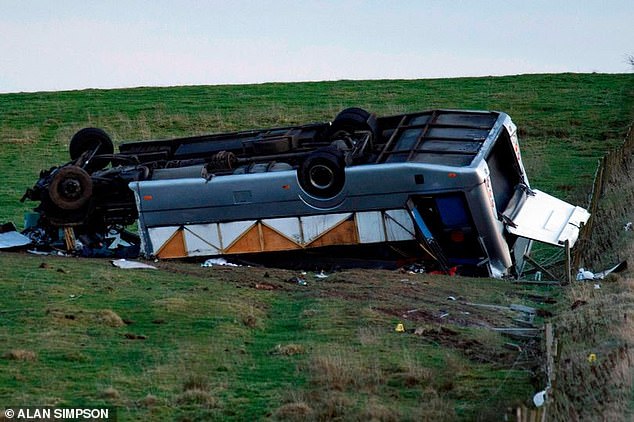 According to reports, the group are believed to have been on their way from a pub in the village to Kelso Races when the tragedy occurred 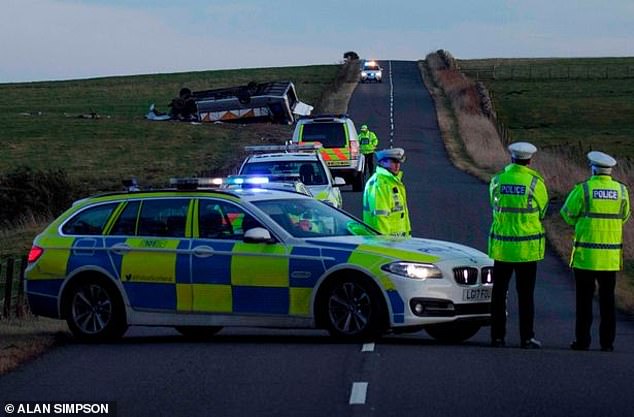 Around 40 miles drive from Newtongrange, the track was hosting its final fixture of the year on Saturday, with races scheduled to begin at 11.45am

He added: ‘Two of my pals were among the first on the scene and helped people out of wreckage – they said it was absolutely terrible to witness but they and other passers-by helped many people – God bless them all.’

Discussing his cancer diagnosis in 2009, Mr Barker said: ‘They told me I had prostate cancer. It was like running into a brick wall.

‘I took the option to have the prostate cut out through keyhole surgery. I thought, if it’s not in me it can’t do any more harm.’ 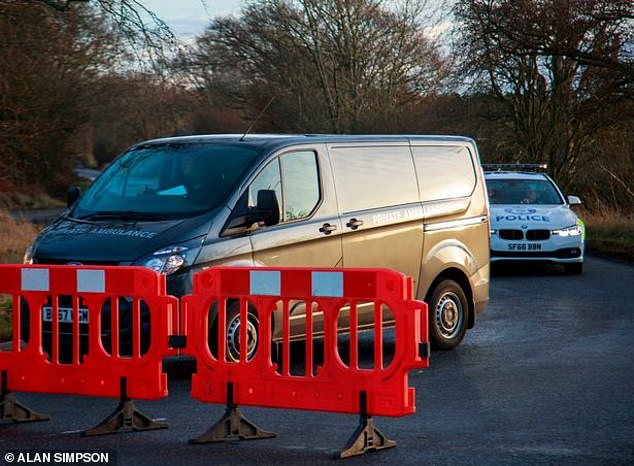 The injured were taken to Borders General Hospital, Edinburgh Royal Infirmary and the Queen Elizabeth Hospital in Glasgow 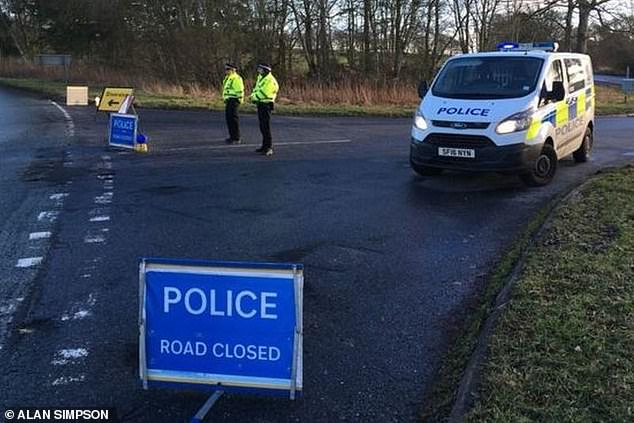