By Jake Ryan and Harry Cole For The Mail On Sunday

Transport minster Grant Shapps will have to endure a two-week quarantine after returning from Spain, just days after securing an air corridor with the country.

The minister arrived in Spain yesterday for a holiday when the travel corridor exemptions he had arranged were in place, though hours after his arrival, the government imposed new restrictions.

A spokesperson for Mr Shapps said he travelled to Spain when the exemption was in place.

Transport minster Grant Shapps will have to endure a two-week quarantine after returning from Spain, just days after securing an air corridor with the country 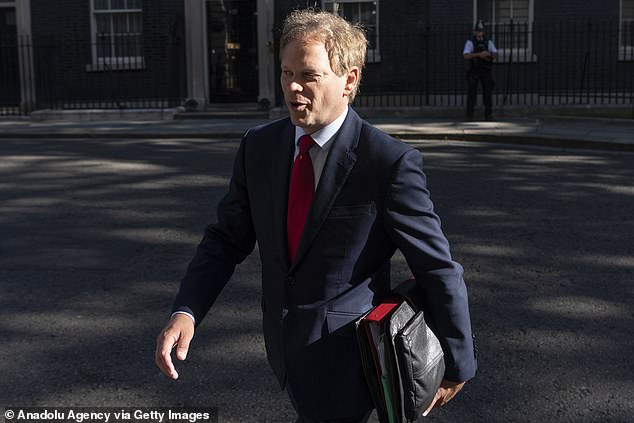 Mr Shapps was instrumental in drawing up the Government’s scheme to create air bridges to scores of countries earlier this month despite concerns he was relaxing restrictions too quickly. Last night, Mr Shapps – an aviation enthusiast who also owns a light aircraft – did not respond to a request for comment.

However, his mobile phone did have a foreign dial tone when called by The Mail on Sunday.

Last night’s surprise announcement comes only a day after a further five countries were added to the quarantine-free list for people travelling to England. Anyone arriving from Estonia, Latvia, Slovakia, Slovenia and Saint Vincent and the Grenadines will not be required to isolate for two weeks on arrival, it was confirmed on Friday.

Popular holiday destinations including Portugal, Thailand and the US remain notable absentees.

The Government said people should continue to check the Foreign and Commonwealth Office’s travel advice and their insurance policies before travelling overseas.

Ministers have previously warned travel corridors could be closed if coronavirus rates escalate.

‘The government has made consistently clear it will take decisive action if necessary to contain the virus, including if the public health risk of people returning from a particular country and not self-isolating becomes too high.

‘The devolved administrations have all taken the same decision today, so travellers arriving from Spain into all parts of the UK will need to self-isolate.

‘The government is urging employers to be understanding of those returning from Spain who now will need to self-isolate.’