Minister’s broadside at Watson over Mosley

Matt Hancock launched an excoriating attack on Mr Watson as he made a rallying defence of a free Press.

The minister raised concerns about Mr Mosley’s connections to the controversial state-approved Press regulator Impress in the light of damning revelations about his past.

Last month, the Daily Mail revealed that the ex-Formula One boss published a racist leaflet linking non-white immigrants to diseases such as tuberculosis in a 1961 by-election campaign. 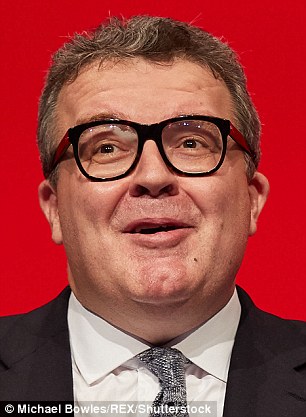 We also revealed how a year later he led a group including a convicted Holocaust-denier on a road trip to a neo-fascist conference in Venice – stopping en-route at the Dachau former Nazi concentration camp – and how he was arrested after swinging a punch at a ‘Jew-baiting’ fascist rally in a Jewish area of London.

Mr Mosley – via a family trust – is almost single-handedly bankrolling Impress, which is shunned by every national newspaper.

Speaking at a lunch for journalists in Westminster, Mr Hancock criticised Mr Watson, who has received £540,000 in donations from Mr Mosley in the past three years. He said: ‘In my view, it is only someone like Tom Watson who would think that it is a good idea to put Max Mosley in charge of regulating the Jewish Chronicle. 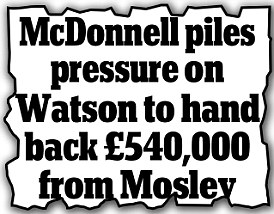 From the Mail, March 5 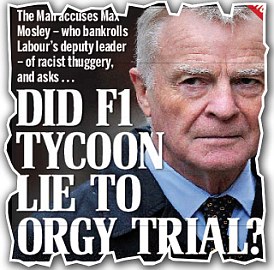 ‘It is a great irony of modern politics, Tom is one of Britain’s foremost conspiracy theorists, and when a real conspiracy comes along – like the Trotskyites taking over the Labour Party – he does not even notice.’

In 2015, Mr Watson was forced to apologise to Lord Brittan’s widow for causing distress after he described the late Conservative home secretary as being ‘as close to evil as any human could get’ days after he died over claims he was paedophile. The accusations were later shown to be false.

Mr Hancock yesterday pledged to be a staunch defender of a free Press while he is Culture Secretary.

‘In a world of the internet and clickbait, the Press faces critical challenges that threaten livelihoods and sustainability,’ he said. ‘Nationally and locally a Press that can hold the powerful to account is an essential component of our democracy.

‘I have not always enjoyed everything that has been written about me, but then you are not here to keep us politicians happy, you are here to hold the powerful to account and to report without fear or favour. You have a powerful role in this and I want to see a stronger, more sustainable Press, confident in saying this fact is false and this fact is true.’

Mr Hancock voiced concerns about how the media industry faces challenges because of the rise of ‘fake news’ and declining advertising revenue. 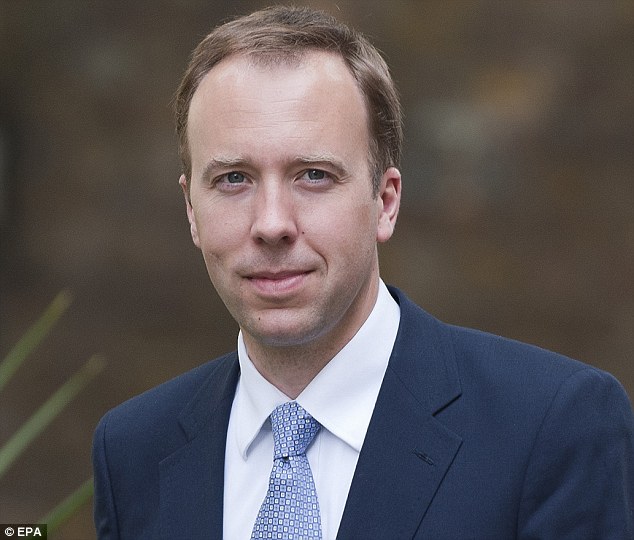 Matt Hancock (above) launched an excoriating attack on Mr Watson as he made a rallying defence of a free Press. The minister raised concerns about Mr Mosley’s connections to the controversial state-approved Press regulator Impress in the light of damning revelations about his past

He added: ‘But it is also under threat from a group of politicians who do not like what is written about them and do not think it should be written therefore at all.

‘The thought of a state-regulated British Press under the sinister threats of Jeremy Corbyn and John McDonnell does not bear thinking about. It would mean a public that is less informed, less inspired and less able to keep the powerful to account. How dare they threaten the free Press with their own misguided goals.

‘I for one will defend the free Press with everything I have got. So you should get out there and find the stories, find the objective reality, make sure that you print it without fear or favour, and fight for the freedom you have held dear for so long, and with that I will be by your side.’

Last night Mr Watson criticised Mr Hancock’s decision earlier this month to cancel a second Leveson-style inquiry into the Press. He said: ‘This ambitious minister’s capitulation to his powerful friends in the Press over Leveson is a betrayal of all victims of phone hacking and Press intrusion.’