Chancellor Rishi Sunak will make a major announcement on the multi-billion-pound furlough scheme tomorrow, Boris Johnson has revealed amid reports some workers could receive taxpayer’s cash to cover wages until September.

Mr Johnson confirmed in the Commons this afternoon that something was planned as he was grilled on the scheme’s future by MPs.

The Treasury is known to be looking at ways to cut back the scene that is paying up to 80 per cent of wages, up to a maximum of £2,500 per month.

But some workers in sectors facing months more of uncertainty could reportedly receive supplements if they cannot return to work, or only return part-time.

Mr Johnson’s roadmap for releasing the lockdown, published today, suggested that hospitality businesses and others like hairdressers and gyms, face being closed until July at the earliest.

Taking questions from MPs this afternoon, Mr Johnson said: ‘I do think that the furloughing scheme has been one of the most remarkable features of the Government’s response and it is unlike anything seen internationally.

‘Six-and-a-half million people currently are being supported. It is absolutely right that we should do it.

‘I don’t want to anticipate what (Mr Sunak) is going to say but the House will hear more about that tomorrow.’

Mr Johnson’s roadmap for releasing the lockdown, published today, suggested that hospitality businesses and others like hairdressers and gyms, face being closed until July at the earliest 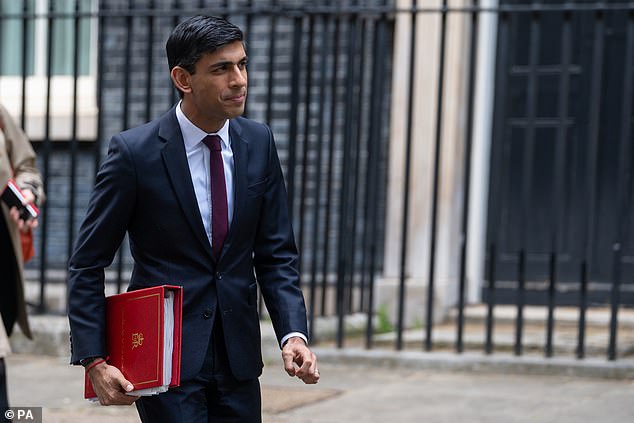 The changes to the Coronavirus Job Retention Scheme could be announced by Chancellor Rishi Sunak as soon as today.

A Treasury source told the Telegraph talks were ongoing with final decisions yet to be taken.

A Treasury spokesman said: ‘Future decisions around the scheme will take into account the wider context of any lockdown extension, as well as the public health response, so that people and businesses can get back to work when it is safe to do so.’

Last week it emerged the furlough scheme is set to become more flexible, including allowing some workers to be part time and reducing the amount of government wage subsidy.

First announced in March, the move was opened for three months, backdated from March 1 to the end of May, and was later extended by a month until the end of June.