By Claire Ellcott Political Correspondent For The Daily Mail

Ministers have announced a £1.15million fund to help businesses and charities come up with creative ways to tackle food waste.

The Government’s food waste champion, Ben Elliot, also announced that he will hold the first ‘Food Waste Action Week’ from May 11.

The fund will provide grants for projects such as educating the public on how to store fresh food and turning food waste into new edible products.

More than 4.5 million tonnes of food, equivalent to ten billion meals, are wasted every year, causing a significant environmental impact.

The £1.15million fund will form part of a wider £15million scheme to address how to handle surplus food from the retail and manufacturing sectors.

Environment Minister Rebecca Pow said: ‘The UK is a proud world leader in tackling food waste, owing in part to the innovation and creativity of many organisations across the UK – from educating the public on food waste in our homes, to making our supply chains greener.

‘I look forward to supporting UK organisations who are taking up the mantle to tackle food waste and to create a better world for ourselves, as well as generations to come.

‘It makes sense in every way – it cuts collection costs, saves the customer money and importantly reduces emissions which benefits the environment.’

Mr Elliot said: ‘The country’s first ever Food Waste Action Week will be taking place from Monday 11th May and I encourage and implore everyone to get stuck in, joining together and taking the fight to food waste.

‘More details will be provided shortly on what we must all do to reduce food waste at home and at work.’ The grants will be managed by the WRAP organisation.

Some 129 of the biggest players in food, including all of the UK’s major supermarkets, have pledged to tackle the problem. 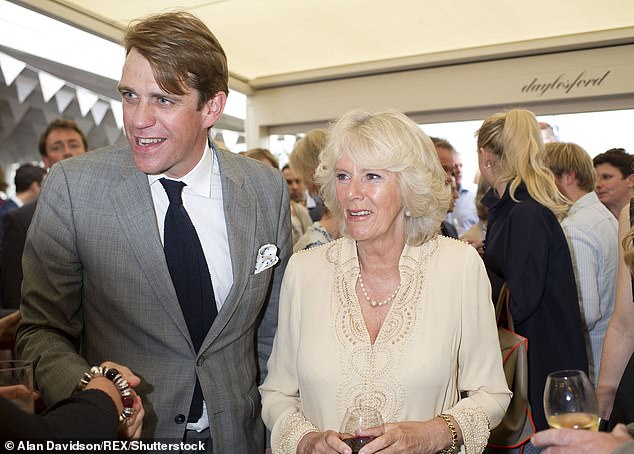 The Government’s food waste champion, Ben Elliot, who is the nephew of Camilla, Duchess of Cornwall, (seen together) also announced that he will hold the first ‘Food Waste Action Week’ from May 11