Ministry of Justice adviser, 52, who punched paramedic after being found in the road is spared jail

A Ministry of Justice adviser who punched a paramedic who was trying to treat him after he drunkenly fell over in the street after a party has been spared jail.

Andrew Meads, 52, a senior economic guru at the MOJ, was seen staggering around Marlborough Place, Kensington, on December 17 after drinks at the Oxford and Cambridge Club Annual.

Paramedic Craig Cassidy found him slumped by a pavement curb with a gash above his eye and a blood-stained shirt.

While trying to treat the government aide, Cassidy was told: ‘F*** off I want to go home. If you do not leave me alone I will f***** punch you.’

Police handcuffed Meads and helped to bundle him into the back of an ambulance.

Freeing his hands briefly so he could treat him, Mr Cassidy leant forward, but Meads punched the paramedic to the right temple.

The York and Bath University graduate formally worked at the treasury but has been employed by the Ministry of Justice since 2014.

Meads told the court he used to go out four or five times a week but has reduced this to only a few nights year.

On the night he attacked the paramedic he said he met a friend he had not spoken to for 30 years and became so engrossed in a long conversation he lost track of what he was drinking.

Before he left the club, he felt the room getting hot and then said he could not remember anything until the police interview.

He said: ‘I have a stressful job it has been stressful now for two years. It was the end of a very stressful day. 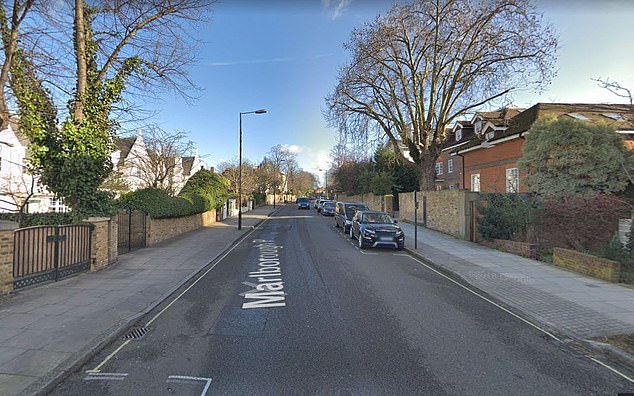 ‘I came in that day as part of me job to do some work – some legislation. I had a huge amount of stuff dumped on me. My day particularly in the afternoon became extremely stressful.’

Meads claims he has no idea why he reacted in the way he did.

‘I was horrified with myself. It was like somebody else being described. I had no idea why I was doing it.’

Meads has one previous conviction from 2003 for driving while over the limit for which he received a disqualification and a community order.

Paul Dillon, defending, told district judge Vanessa Baraitser that Meads was plied with drink at the exclusive event: ‘Alcohol clearly was an issue as far as this matter is concerned.

‘He tells me it was not the sort of party whereby you buy drink. As you stand with your empty glass people come to top them up.’

He insisted the behaviour was completely out of character for Mr Meads.

Mr Dillon told the judge: ‘This is not someone who is here on a regular basis.’

The defence barrister told the court that Meads was already facing disciplinary proceedings in the MOJ.

‘These actions are going to have huge consequences. 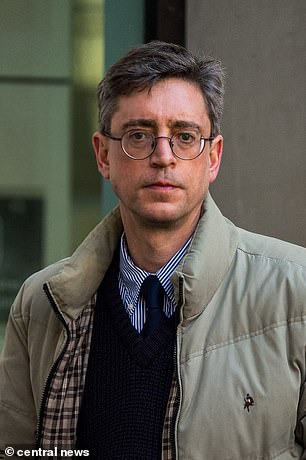 ‘I would ask you to consider that as part of his punishment.’

District Judge Baraitser told the defendant: ‘This was a serious incident, the assault of an emergency worker.

‘He suffered a short term impact, he immediately felt upset. He now feels more cautious towards people while carrying out his duties.’

But she added: ‘It is clear that you are genuinely remorseful.

‘I accept that you have already been punished to some degree by the potential consequences for your work.’

Meads was given a 12 month community order with a requirement that he do 150 hours unpaid work.

He was also ordered to pay £1,000 compensation to the paramedic and an £85 victim surcharge.

Married Meads, who lives in a £800,000 home in Surrey, admitted assaulting an emergency worker, being drunk and disorderly in a public place and using insulting words to cause alarm.

Meads, of Lesbourne Road, Reigate, was given a community order of 12 months and told to pay £1000 in compensation to the paramedic as well as an £85 victim surcharge.