The owner of a popular bakery has reportedly been told to stop poking tomato sauce bottles in pastries due to health safety fears.

Lisa Martin, owner of the Minlaton Bakery in South Australia, claims she was told by a Yorke Peninsula Council health officer to stop injecting baked goods with tomato sauce bottles.

She claimed that the officer told her the bakery would lose its five-star food safety rating if they didn’t stop.

‘It is ridiculous,’ she told Adelaide Now.

Her customers have since adjusted to the change but Ms Martin says they were not happy with the decision.

‘It caused a lot of controversy – they weren’t happy.’

Orange Spot Bakery in Glenelg had opted to get rid of plastic sauce sachets because ‘they are such a huge waste’ and affect the environment.

However, owner Jayme Davey said they have been using tomato bottles with their baked goods ‘for decades’ and that the bottles are regularly washed and sanitised.

‘Bakeries have been poking pies and pasties with sauce for decades on end and I’ve certainly never heard anyone getting sick from it,’ Mr Davey told the publication.

A Yorke Peninsula Council spokesman said they were unaware of the health officer’s advice to the bakery.

The Department for Health and Wellbeing has also not been informed of any bakeries or restaurants to stop putting tomato sauce bottles into pastries. 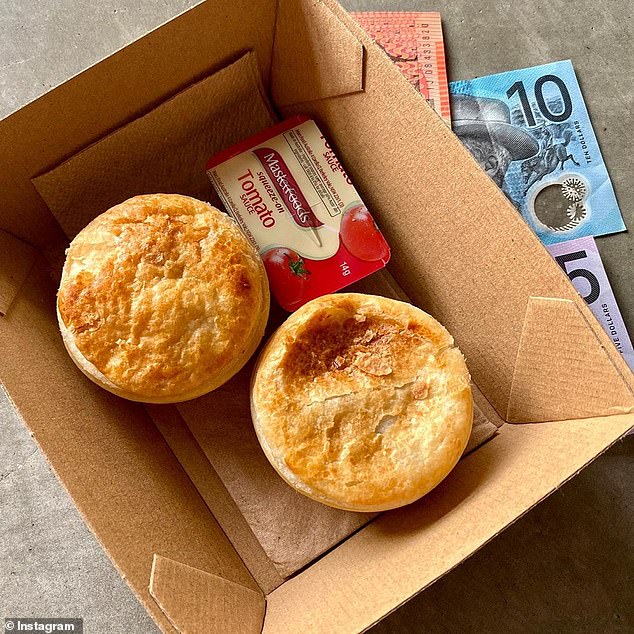