Minneapolis police have released bodycam footage showing the Tuesday arrest of George Floyd before he was killed while detained by four cops.

The footage released Wednesday night, as violent protests broke out in both Minneapolis and downtown Los Angeles, first shows the officers questioning Floyd.

But the video captured by a Minneapolis Park Police officer who responded to the scene shows one of the cops involved in the man’s death point him away from the immediate scene.

The officer then walks across the street and tells two passengers from Floyd’s vehicle not to interfere until the cops have completed their arrest.

‘I don’t want you touching anything from the car,’ he states. 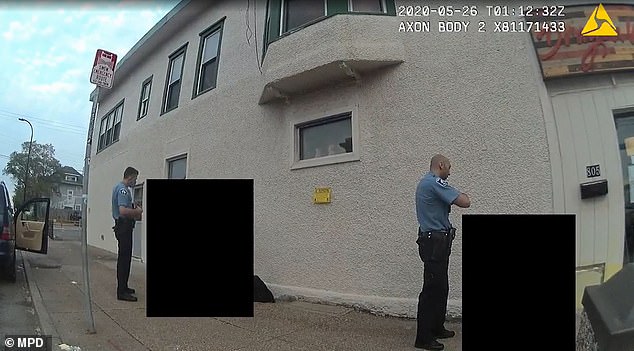 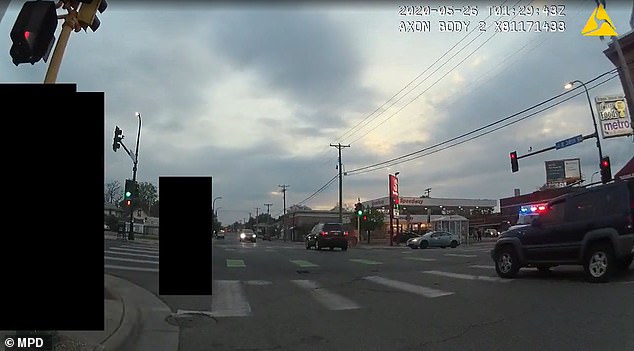 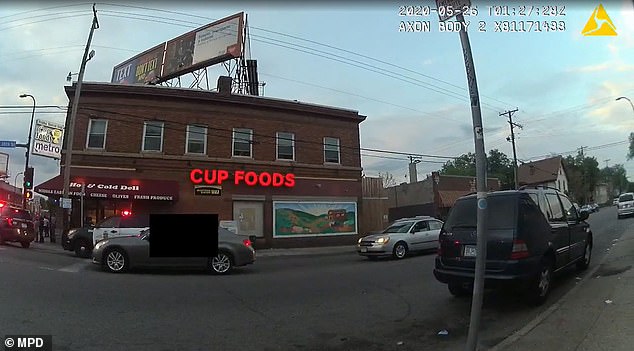 Floyd died after white officer Derek Chauvin knelt on his neck for a staggering eight minutes.

Four Minneapolis Police Department who were involved in Monday’s incident have now been fired, but it is not known whether the cop wearing the bodycam is one of them.

‘Just stay put, alright, until my partners and them are done over there and they can figure things out,’ the responding officer reassures them.

In the footage initially released from a witness, Floyd is seen begging Chauvin to stop and telling him he could not breathe before he lost consciousness and later died.

Officers arrested him for allegedly trying to use forged documents at a local deli.

The FBI and state law enforcement authorities have launched an investigation into the man’s death. 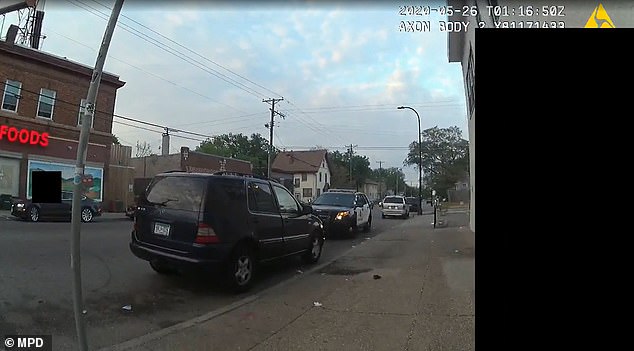 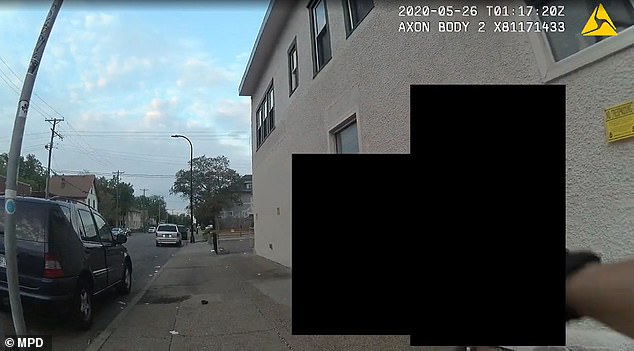 A cop is heard saying: ‘And after all this is settled you guys get to walk.’ He adds: ‘I’ll talk to my partner and see what’s up’