A masked man who was filmed holding an umbrella while smashing the windows of a Minneapolis AutoZone during the George Floyd protests has been identified as a ‘Hells Angels’ biker with ties to a white supremacist group.

Minneapolis Police announced on Tuesday that they have confirmed the identity of the mysterious figure who was dubbed ‘Umbrella Man’ on social media after video of the incident went viral.

Footage taken on May 27 – two days after Floyd’s death – showed a man dressed all in black casually walking up to the store and smashing its windows with a sledgehammer in broad daylight. 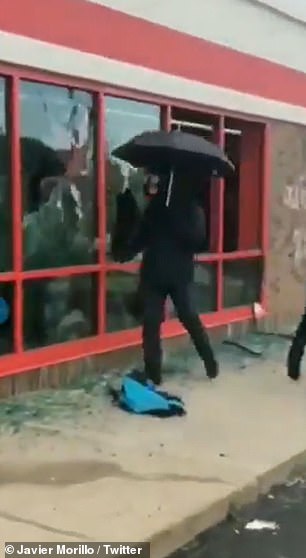 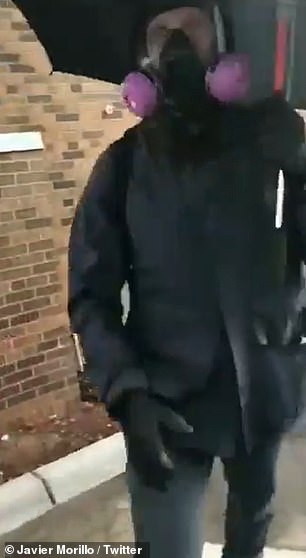 The masked man, clad in black clothing, was seen smashing the windows of an AutoZone during the George Floyd protests on May 27

He also vandalized the auto shop by spray-painting ‘free s***for everyone zone’ on the front doors.

The store was later burned to the ground along with dozens of other businesses after protests in the city descended into chaos and violence resulting in $500million in damage.

Police had asked members of the public to help identify the suspect but had had no success until last week when they received an email from a tipster.

According to an affidavit seen by the Star Tribune, the man was identified as a Hells Angels biker who ‘wanted to sow discord and racial unrest by breaking out the windows and writing what he did on the double red doors.’

Police sergeant Erika Christensen said the man’s sole intention was to incite violence and racial tensions during a protest which had ‘been relatively peaceful’ until then. 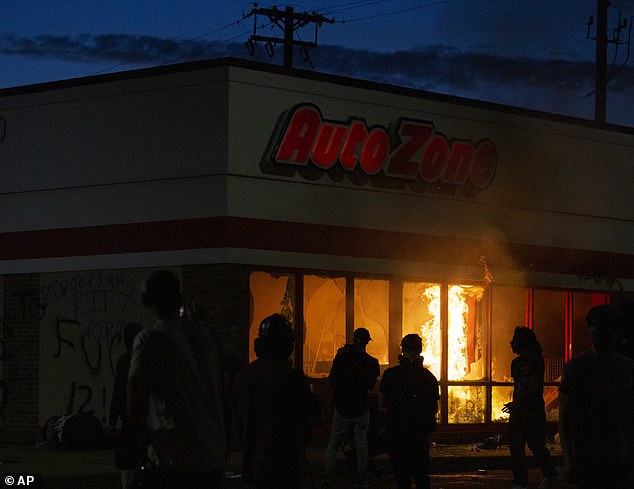 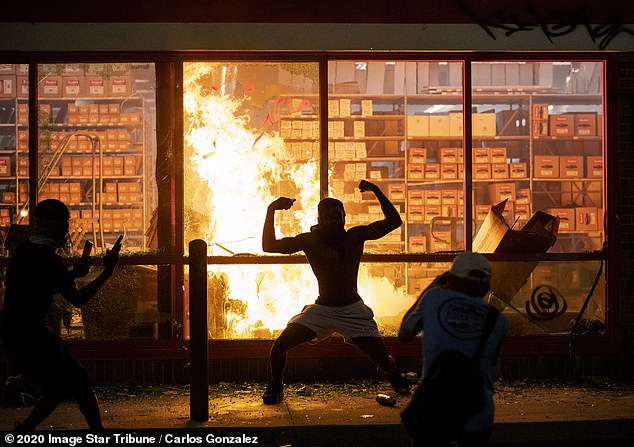 ‘This was the first fire that set off a string of fires and looting throughout the precinct and the rest of the city,’ she said.

‘The actions of this person created an atmosphere of hostility and tension. Your affiant believes that this individual’s sole aim was to incite violence.’

The local paper did not name the man because he is yet to be formally charged with a crime.

The Star Tribune, however, reported the 32-year-old man has links to Aryan Cowboy Brotherhood, a white supremacist gang based in Minnesota and Kentucky.

He was also reportedly involved in an incident last month in which a Muslim woman was confronted by a group of white supremacists in Stillwater.