A Minnesota cop’s dashcam has captured the moment she pulled over so she could dance with a 92-year-old woman on the street.

Sgt. Kim Lenz saw Millie Seiver outside her Austin apartment alone and having a boogie while she was on patrol last week.

So she stopped her patrol car, turned up the stereo, took the elderly woman’s hand and started to sway to the music.

The adorable footage posted on the Austin Police Department Facebook has since gone viral.

‘At her 90th birthday party, we were out dancing because I love to dance too,’ she said.

The video was shared on the Austin Police Department-Minnesota Facebook page last Thursday. As of Wednesday morning it had been viewed 39,000 times and has more than 500 shares.

‘I don’t know, I was just so amazed, I was so shocked, I didn’t think it would go any further than that,’ Millie said.

Millie Seiver, 92, pictured above. She is still very active and has always loved to dance

‘Probably a little proud, I suppose, of the fact that it drew attention that I’m able to do what I can do,’ Millie told Kaaltv.

Millie thought the touching gesture was very unexpected but hopes it encourages people to get out and dance.

‘I’d like to see more people be more active, out walking and things like that,’ Millie told KAAL-TV. 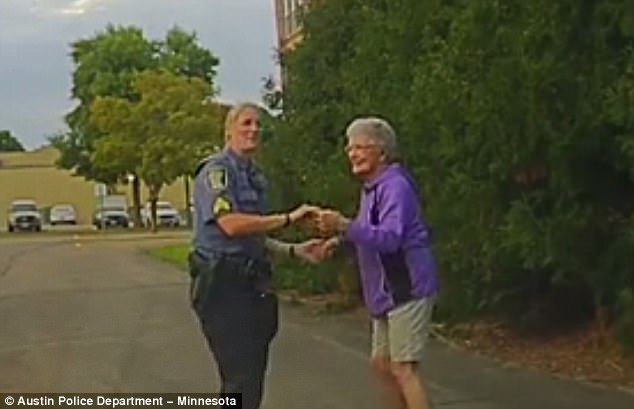 Millie and Sgt. Kim Lenz dance it out in the parking lot of Millie’s apartment building 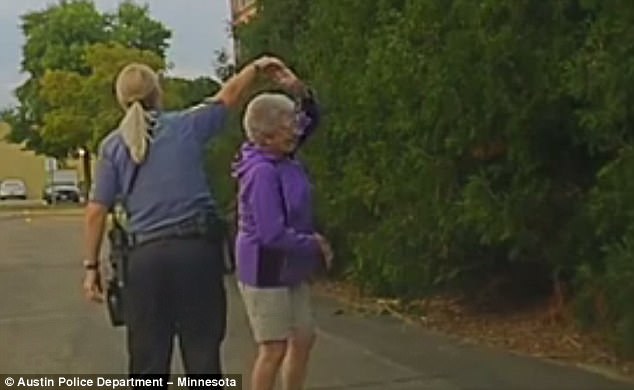 The 92-year-old was dancing alone in the parking lot of her apartment building until Sgt. Kim Lenz joined her 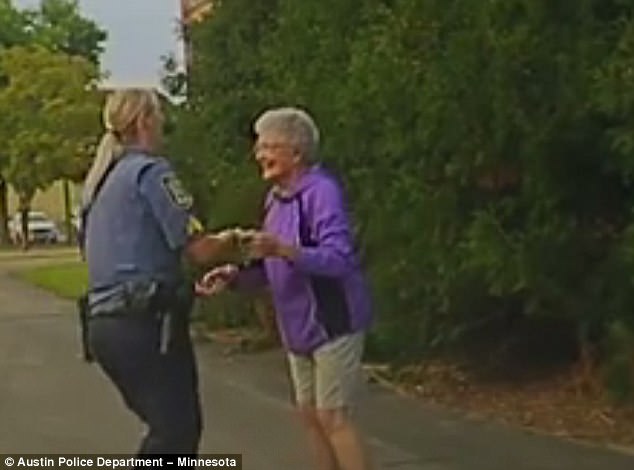 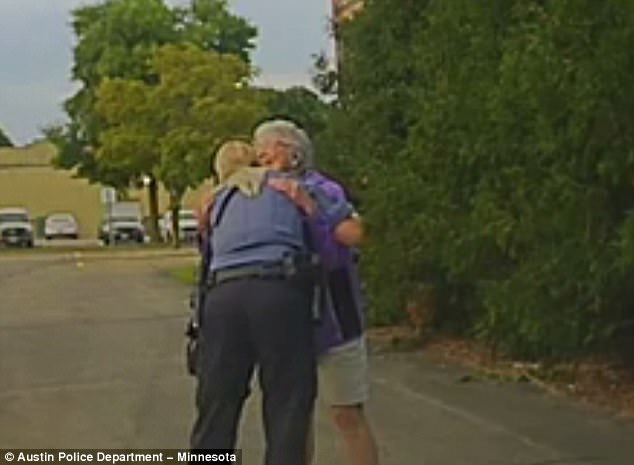