St. Louis Cardinals minor league talent Delvin Perez produced a magical moment on Thursday night… just not the one he was expecting!

Up against the Atlanta Braves’ Triple A affiliate, Gwinnett Stripers, Perez looked to have smashed a homer to left field for his Memphis Redbirds.

On any given day that would have been the result, however the howling wind in Memphis had other ideas.

Trust us on this one, you will never see a better batter reaction to a fly out to left than this right here.

Still a simple F7 in the scorebook. pic.twitter.com/LwWph2AZOb

Delvin Perez, of the Memphis Redbirds, celebrated in style as he believed to have homered

The ball looked destined to find its home over the outfield, until the wind inexplicably blew it into the glove of Stripers left-fielder Justyn-Henry Malloy.

Moments after slaughtering the ball, Perez began to celebrate, flipping his bat as he jogged to first base.

His lap of victory wasn’t done there, raising his hand in celebration after crossing second. 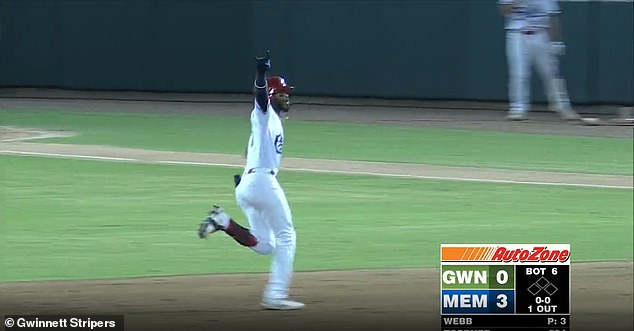 After crossing second base, long after the ball was caught, Perez continued his celebrations 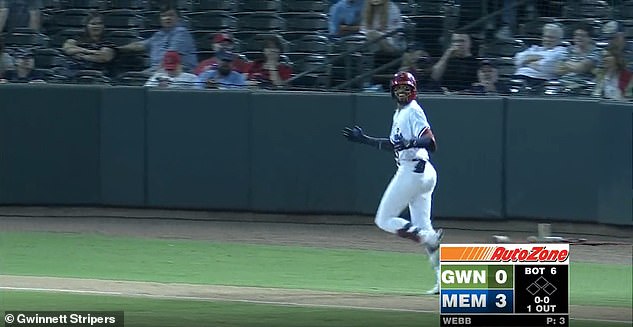 By the time he reached third base, cameras showed his teammates in the Redbirds dugout both in disbelief and glee at Perez’s blissful unawareness.

As he jogged toward home plate, Perez turned and the harsh reality of events slowly settled in.

A wry smile appeared, soon followed by hands upon his hand as he trudged into the Memphis dugout. 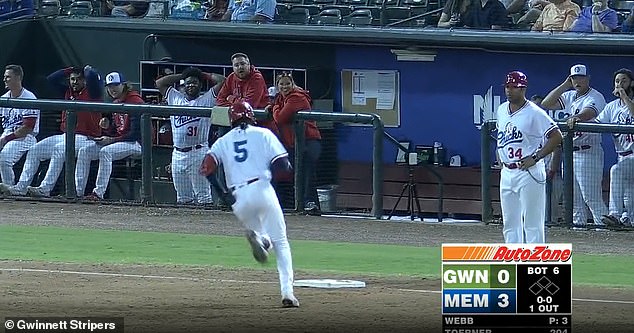 Some of Perez’s Redbirds teammates looked on in astonishment, amusement and confusion

Despite his comedic error in judgement, Perez amused almost everyone inside AutoZone Park, in downtown Memphis, with fans smiling and clapping his histrionics.

It isn’t the first premature celebration we have seen, but Perez is very much currently king of the clubhouse. 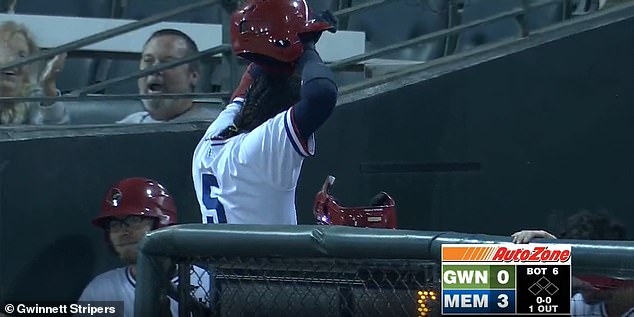