A Michigan woman who was born with a severe, potentially deadly, heart defect believed it would be too dangerous for her to ever have children, but is now living a happy, healthy, life with two kids after undergoing multiple high-risk pregnancies in a matter of years.

Hannah Hawley, 31, of Houghton, Michigan, has suffered a anomalous left coronary artery from the pulmonary artery (ALCAPA), which makes it harder for her heart to pump enough oxygen.

Throughout her life she has needed surgery, hospitalization and regular medication to manage her condition. As part of one of the surgeries, she had a valve implanted into her body that would likely prevent her from ever getting pregnant.

After two surprise, tough, pregnancies, she now is a proud mother of Luna, 2, and Axel, 1, and living a happy life she believed would never be possible.

Hannah Hawley (pictured), 31, of Houghton, Michigan, did not expect to ever get pregnant after she had a bioprosthetic implanted to deal with a heart defect from birth

Hawley required two surgeries before she reached the age of five because of her struggles with ALCAPA.

The serious condition occurs in one in every 300,000 children born, according to a study published by the Nation Institutes of Health.

Those suffering from the condition have a mitral valve that is not working properly, and failing to provide an adequate amount of oxygen and blood to the heart.

It can often cause heart inflammation, failure and even death in many cases. The first sign that a child is suffering from a heart problem is often troubles they have while feeding.

After two surgeries at a young age, Hawley used medication to manage her condition. Her condition improved to the point where she was able to drop the meds in adulthood.

She was hospitalized once again in 2017, though, after she was diagnosed with endocarditis, a condition where a person’s heart valves become inflamed. 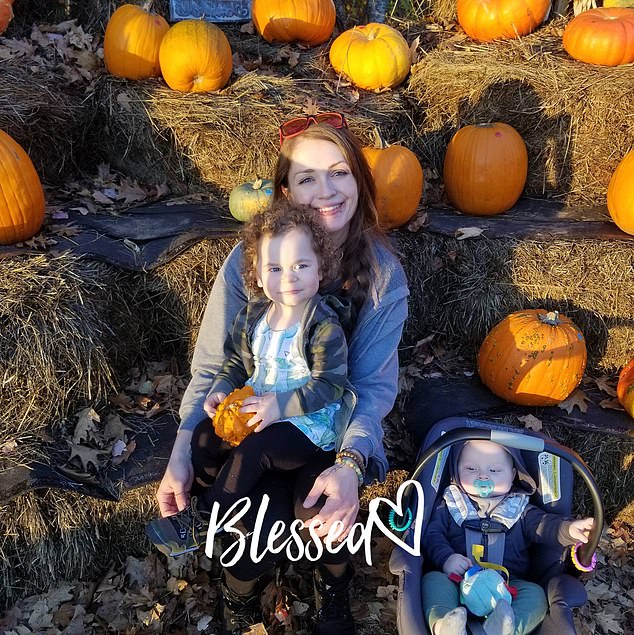 Hawley (pictured) got pregnant in 2019, though, and underwent a tough pregnancy that nearly took her life. Her severe heart issued returned during the pregnancy, and she even needed the bioprosthetic replaced at one point.

In order to treat the condition, and save her life, she needed a bioprosthetic valve implanted to replace her mitral valve. While it likely saved her life, she was told she could likely never get pregnant, and even if she did, it would be a very risky ordeal.

Only years later in 2019, she did get pregnant. She was guided through the pregnancy and constantly monitored by doctors at the University of Michigan.

‘She was a very complex patient who required the care of our collaborative team,’ Dr Elizabeth Langen, a Cardio-Obstetrics physician at Michigan Health, said in a statement.

‘She was quite ill with cardiac issues before, during and after her pregnancy.’

At one point during her pregnancy, Hawley began to experience difficulty breathing, and was hospitalized once again.

Eventually, she had to have the valve in her heart replaced as the original prosthetic had shrunken.

A problem emerged, though. With a baby on the way, and C-section birth likely coming up, doctors were not sure whether they could perform the operation before or after she gave birth. 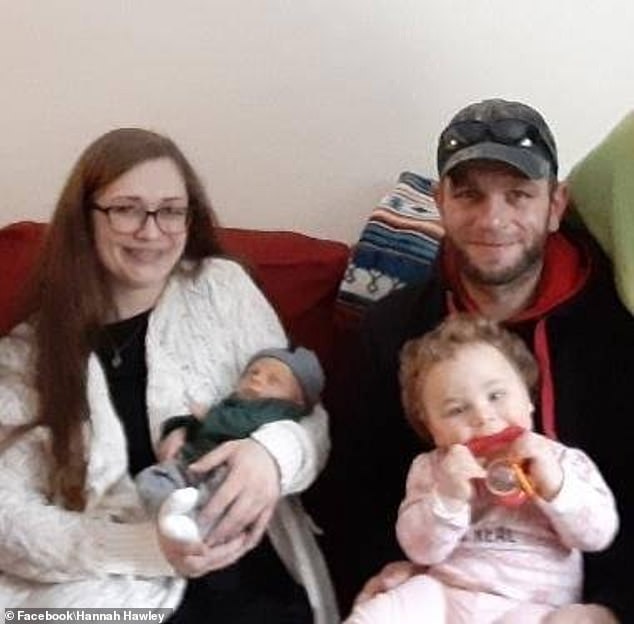 Hawley survived the ordeal, though, and even had a second child who she is now happily raising at home

They decided to perform C-section at 33 weeks, and Luna was born in 2019, while her mother awaited heart operation.

‘We knew we would need to do the mitral valve procedure very soon,’ Dr Timothy Cotts, who treated Hawley at the hospital, said in a statement.

Six days after giving birth, she developed congestive heart failure, a condition where the heart can no longer pump enough blood to provide the body with needed oxygen.

Doctors performed a valve-in-valve procedure on her to place a catheter into her femoral artery.

‘It was such a hard experience… I was just trying to hang on,’ Hawley.

After a few weeks in intensive care, Hawley was able to recover and raise her first child at home.

Her second birth was less eventful, though she still asked for monitoring from the Michigan Health team to make sure her heart could hold up.

‘Her heart did much better during her second pregnancy,’ Langen said.

Axel was born without any major hiccups, and she is now raising her two children at home.