You’ve been feeling chronically under the weather for years — tired all the time, with low libido and mood and you’ve been putting on weight. No matter what you try, nothing works.

Suddenly, you are prescribed a pill that almost overnight lifts your mood and energy levels and reinvigorates your sex life. Plus, the weight starts to come off.

But then your wonder pill is withdrawn.

This is what’s been happening to many women across the UK, thanks to a little-reported postcode lottery for the drug liothyronine (or T3).

The patients have hypothyroidism, where your thyroid gland doesn’t produce enough of the hormones which are key to maintaining energy. Low levels lead to fatigue, weight gain and low mood, among other symptoms.

The patients have hypothyroidism, where your thyroid gland doesn’t produce enough of the hormones which are key to maintaining energy. Low levels lead to fatigue, weight gain and low mood, among other symptoms

The Endocrine Society estimates around four million Britons are affected, the majority, women. Causes include the autoimmune disease Hashimoto’s, iodine deficiency and medication such as the bipolar treatment lithium.

The standard treatment is a synthetic version of the hormone, known as T4. While this works for most patients, it’s not effective for around 300,000.

This is where the postcode lottery comes in. Depending on where you live, you may have your prescription refused or stopped — or you may have a decent chance of getting T3.

This situation began three years ago when NHS England proposed withdrawing T3 because, it claimed, there was no good evidence it worked. And it had become very expensive (as Good Health reported earlier this year, the price has risen by 4,600 per cent since 2007, from £4.46 for a 28-day course, to £204.39 in 2017).

This prompted an outcry from patients and clinicians. NHS England relented and advised it could be given ‘in exceptional cases’ and that existing patients could continue with it.

‘This mixed message caused confusion among the local health authorities,’ says Lorraine Williams, director of charity The Thyroid Trust. ‘It was saying that some patients could get it even though it was very expensive and not very effective. So, some authorities seized on the cost and failings and issued a blanket ban, while others took a more flexible approach.’

But in another twist for thyroid patients, there is the long-running issue of who receives T4 to treat low thyroid symptoms, with a recent and controversial study in the BMJ, suggesting that the level of the blood marker needed to qualify for T4 should be doubled — making fewer able to benefit from T4, let alone T3.

All this is leaving long-suffering thyroid patients feeling under siege. Many struggled for years to get treatment in the first place, often because the symptoms are similar to the menopause. 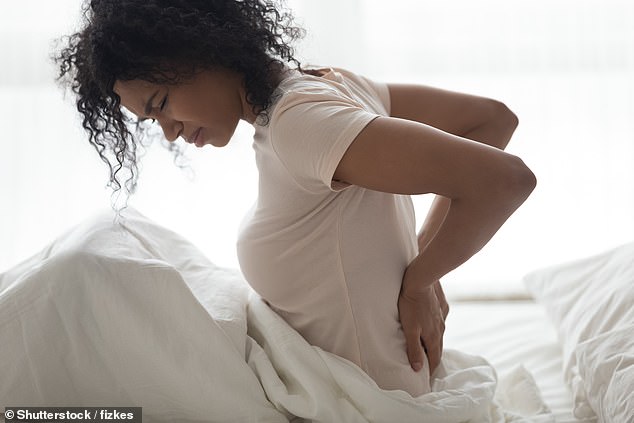 As Lorraine Williams puts it: ‘We can be dismissed as menopausal and over-emotional when we actually have a faulty thyroid.’

It can take some patients years to get a hypothyroidism diagnosis.

‘I’m sure one of the reasons women often get poor treatment is because the disease is so unattractive; we are judged as being weepy, overweight, puffy-faced middle-aged women, and just don’t get taken seriously,’ adds Lorraine.

When it comes to T3, Tara Riddle, of campaign group Improve Thyroid Treatment, knows what a difference it can make. The 68-year-old retired infant schoolteacher, who is married with two grown-up children, was put on T3 in 2016, two years after treatment with T4 had stopped working after 20 years.

In 2014, I began to go downhill pretty fast and was often chairbound. My husband, Peter, had to do everything, as I couldn’t even stand without help. I couldn’t go to antenatal appointments with my daughter who was pregnant with twins, and that seemed no way to live.’

‘In 2014, I began to go downhill pretty fast and was often chairbound. My husband, Peter, had to do everything, as I couldn’t even stand without help.

‘I couldn’t go to antenatal appointments with my daughter who was pregnant with twins, and that seemed no way to live.’

A test by her GP showed Tara’s T3 levels were very low. But in Norfolk, where she lives, doctors usually won’t prescribe T3 and it took her three months to persuade her endocrinologist to recommend a prescription. ‘Within a week or so, the fog was lifting and all my symptoms were clearing up. That was when the twins were born; now I look after them two days a week.’

But why should local authorities pay for T3 if, as they claim, there is no reliable evidence it works?

Dr Peter Taylor, a consultant endocrinologist who runs a specialist thyroid clinic in Cardiff at the University Hospital of Wales and who does prescribe T3, acknowledges: ‘That’s because no one, not the NHS or a drug company, has put up the money to run proper tests.’

‘There are serious problems with the T3 trials that show negative results, but none involved more than a few hundred patients.’ Dr Taylor and others, such as Krishna Chatterjee, a professor of endocrinology at Addenbrooke’s Hospital in Cambridge and director of the British Thyroid Association, say these trials have not been done for long enough; T3 can take time to have an effect.

There are similar problems, says Dr Taylor, with a recent review that concluded stricter guidelines should be applied to giving even T4 to hypothyroid patients. Currently, patients are prescribed T4 if a blood test shows levels of a thyroid marker over 10; the review advises it should be over 20.

Dr Taylor’s critical analysis of that review has just been published in Nature Review.

Giving T4 at a much higher blood level than at present, says Dr Taylor, ‘ignores the importance of symptoms and would exclude many who benefit at far lower levels.’

But a patient survey by The Thyroid Trust suggests that some of the 193 health authorities (Clinical Commissioning Groups, or CCGs) that control GPs’ prescribing issued 50 times fewer prescriptions than others. Patients reported being told that doctors or consultants were not allowed to prescribe T3, which is inaccurate. On other occasions, patients were told that ‘all patients should be off T3’, that ‘T3 was dangerous’, and ‘useless’.

These are, of course, only patient anecdotes, but as Lorraine Williams of The Thyroid Trust points out: ‘No one else is tracking what is happening to patients.’

She was diagnosed with a low thyroid and had to quit her job as a marketing manager. Her experience highlights how finding the best treatment needs careful attention to detail. Taking T4 didn’t help her — nor did T3.

‘In the end, what sorted out my symptoms was an increased dose of T4, going gluten-free and supplementing with vitamin D.

‘What I learned though, is how complicated thyroid problems can be and how much attention clinicians need to pay to symptoms, rather than just relying on blood tests.’ 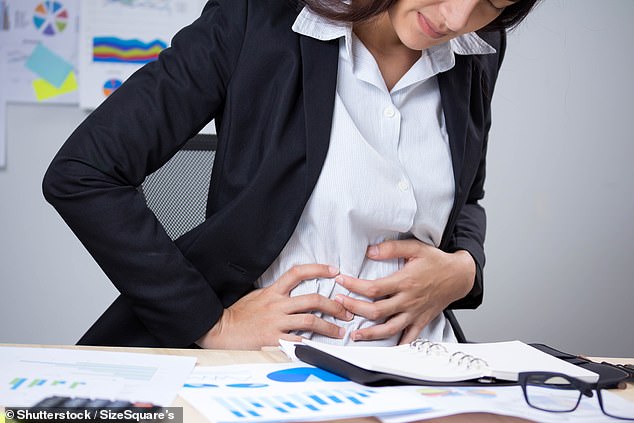 The standard treatment is a synthetic version of the hormone, known as T4. While this works for most patients, it’s not effective for around 300,000 (stock image)

The more accommodating approach taken by Dr Taylor and others, follows the recommendation of the British Thyroid Association to try T3 if T4 is not working and the NHS England advice not to stop a T3 prescription that’s proving beneficial. ‘We tell patients about the risks and benefits of T3 and let them decide,’ he says.

‘About two-thirds stay on because it has a substantial benefit’.

Yet even tests for T3 levels can be refused. In Essex, for instance, when a GP ordered a T3 test, the lab refused to do it.

But these tests can be important because for T4 to work, it has to be converted into the active hormone T3. So, if you have normal T4 levels but symptoms of low thyroid, you could have a faulty gene that stops the conversion.

Colin Dayan, a professor of clinical diabetes and metabolism at Cardiff University who was part of the team that discovered the gene — called DIO 2 — says it’s fairly common.

In an experiment last year at Rush University Medical Center in Chicago, mice engineered to have DIO 2 developed many of the problems that affect humans — staying quiet and lacking motivation. They also had low thyroid levels. When they were given T3, their behaviour and thyroid levels returned to normal.

The good news is that competition is driving T3’s cost down. In March a deal with all hospital pharmacies set the price at £90.

For patients such as Tara, the hope is this translates into general practice. ‘How can doctors tell people who have benefited from a T3 prescription in the way I have, that they can’t have it any more?,’ she says. It’s cruel and heartbreaking.’