Miranda Lambert shares gratitude over spending more time with husband Brendan McLoughlin during COVID-19 quarantine: ‘It made us really strong’

Among all the uncertainty and tense times since COVID-19 was deemed a pandemic last March, Miranda Lambert has found a silver lining.

The country music superstar shared how she is thankful for all the extra time she’s been able to spend with her husband Brendan McLoughlin during their months in quarantine.

The couple had a whirlwind two-and-a-half-month courtship before tying-the-knot in January 2019.

Silver lining: Miranda Lambert, 37, is thankful for the extra she has had with her husband Brendan McLoughlin, 30, while in quarantine , beginning in March 2020

‘We didn’t date very long before we got married,’ the singer revealed during an appearance on SiriusXM’s The Storme Warren Show.

‘And so we sort of got to just really, really, really get to know each other. Cause it was just us two with no distraction, at my farm outside of Nashville. And so I was really thankful for it because it made us really strong.’

The two-time Grammy winner, 37, went on to share how the coronavirus crisis helped her take stock on what really matters in life and love. 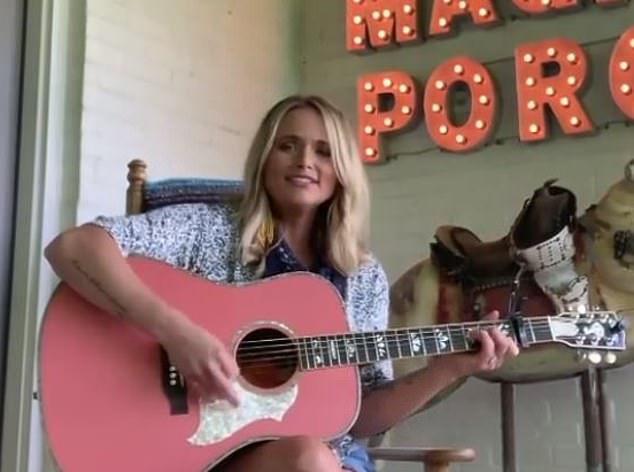 ‘A lot of couples, especially a lot of my friends don’t really see their significant other because we’re different directions all the time,’ she said of the typical scenario for many couples.

‘But with everything that happened last year, I think everybody was forced to sort of reconnect with themselves and with people that they really love and that are close to them,’ she said.

During the interview, the Heart Like Mine star agreed that being alone in lockdown as a couple will likely defined a relationship — one way or another.

‘And I kept saying there’s gonna be a lot of engagements and babies or a lot of divorce,’ she added. 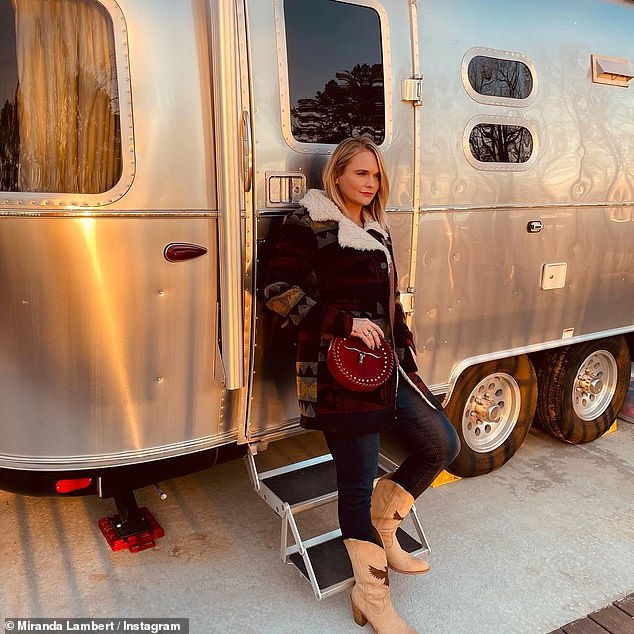 Make or break! Lambert also opened up about how quarantine and traveling can often define a relationship one way or another; she is pictured during a recent road trip in an airstream with her husband to North Carolina and Georgia

With more time on their hands, Lambert and McLoughlin, a former New York City Police Department officer, recently took a road trip in an airstream to North Carolina and Georgia.

And oftentimes, traveling in close quarters can also define a relationship. With that in mind Lambert shared on instance that has the potential to push her buttons.

‘Backing up [a trailer is] sort of a trigger,’ she confessed.

The couple celebrated their second wedding anniversary on January 26. 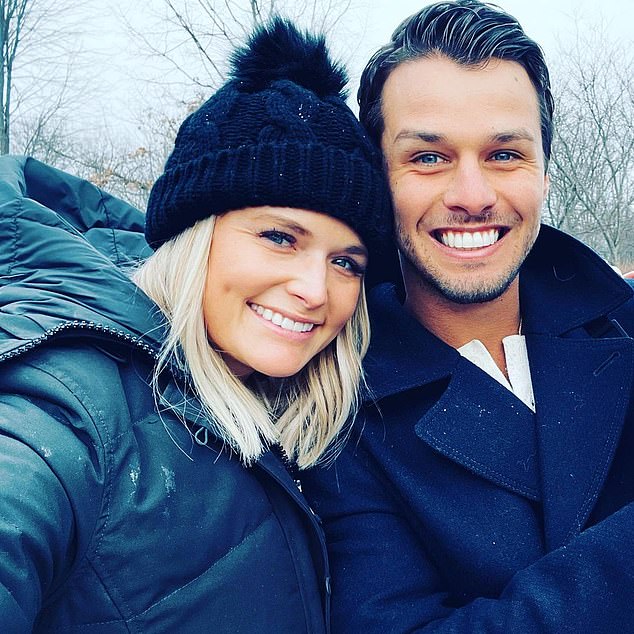 Going strong: The couple, who celebrated their second wedding anniversary on January 26, only dated two-and-a-half-months before getting hitched