Misconduct cases against nurses and midwives ‘to be held in private’

Misconduct cases against nurses and midwives could soon be held in private, under new plans.

The Nursing and Midwifery Council (NMC) wants to replace ‘cumbersome and adversarial’ fitness-to-practise processes with a system whereby most cases would be heard in secret.

But patients’ rights campaigners have warned that the proposals could lead to further cover-ups.

The controversial proposed system, due to go to public consultation next month, could see sanctions avoided if nurses admit to errors they make early on.

It would even apply to cases which have resulted in patient deaths, the regulator’s head told the Daily Telegraph.

Nurses can already be subject to sanctions without a public hearing if they admit their wrongdoings, but only 11 ‘consensual panel determinations’ take place every month.

The NMC’s board will consider proposals to expand the current system, which they claim currently encourages ‘a culture of blame and denial’.

Jackie Smith, the NMC chief executive, described the plans as an attempt to protect patient safety, without ‘punishing’ midwives and nurses for their mistakes.

She said it ‘is not about doing deals behind closed doors’.

‘For a long time we and others have been saying that the fitness-to-practise process is distressing and adversarial and cumbersome.’

Ms Smith questioned if there was a need to have hearings held in public if the midwife or nurse had admitted their failings.

She said: ‘If you have a registrant who says ‘yes it happened, it shouldn’t have happened’, and they reflect on it, then what is the purpose of the hearing.’

She said a public hearing would be required if the facts were disputed, but if not then a panel would consider the case without any meetings in public. 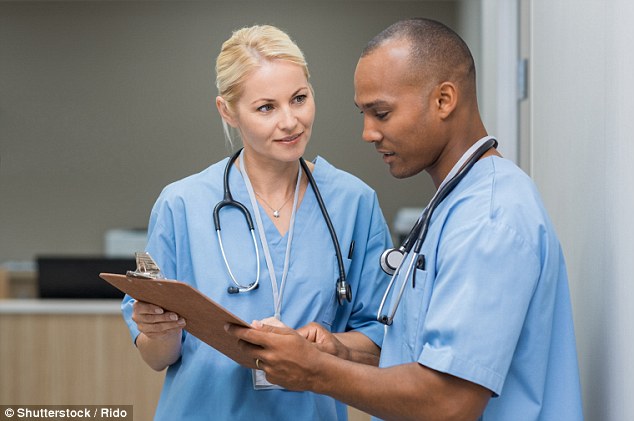 Even if a patient had died due to the clear failings from a nurse, it was not always necessary to impose sanctions, she added. ‘It depends on whether the nurse recognises what they have done and learns from it.

However, Peter Walsh, chief executive of Action against Medical Accidents, warned that the ‘shocking’ new proposals could lead to further cover-ups because it would rely on the honesty of individual hospitals.

Ms Smith acknowledged that the move could be met with a public backlash.

She said: ‘This is a consultation.

‘If other organisations come back and say this doesn’t look right, we will take that seriously. The key thing for us is what patients’ groups think, what the public thinks. We want to get this right, we know there will be different views.’

More than 5,000 referrals are received by the watchdog each year from patients, hospitals and the public.

Around 1,500 public hearings are held annually, while about six in ten cases are closed after initial assessment.