A woman has made history at a Miss Michigan pageant as the first woman in the state with Down Syndrome to compete in a preliminary pageant.

Alyssa Patrias, 20, from Taylor, Michigan, was crowned Miss Congeniality at the Miss Downriver pageant on August 26.

Her mother, Sue Cameron, 64, was stunned when the Miss America pageant decided to give Alyssa a shot.

The organization’s one stipulation was that Alyssa wouldn’t get any special treatment.

Alyssa Patrias, 20, made history at a Miss Michigan pageant as the first woman in the state with Down Syndrome to compete in a preliminary pageant 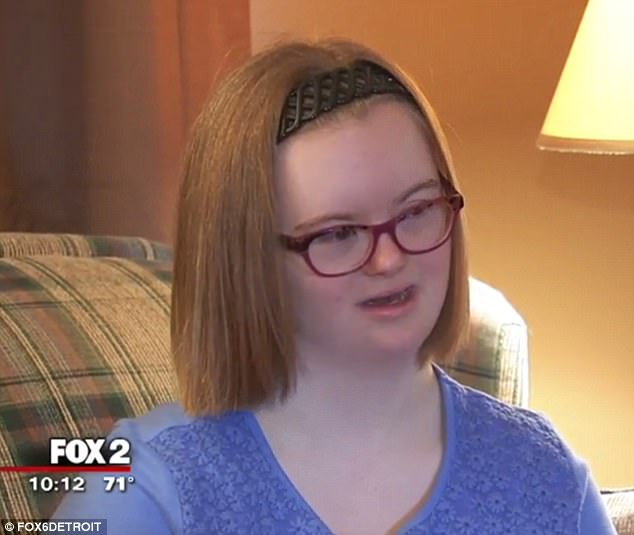 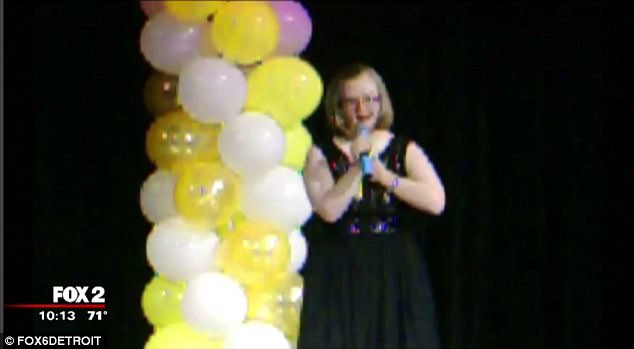 She prepared for the competition for six weeks. She learned how to walk in heels, to sing ‘You’ll Be In My Heart’ from Tarzan by Phil Collins because it reminded her of her mom 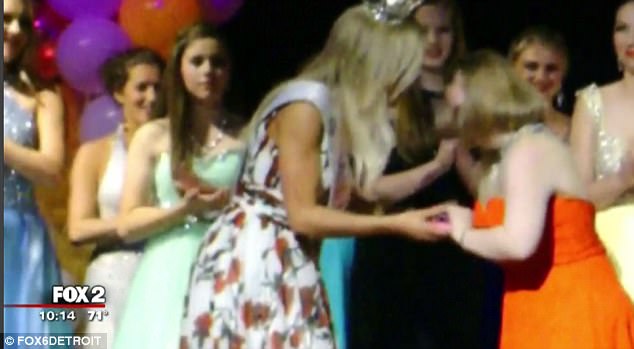 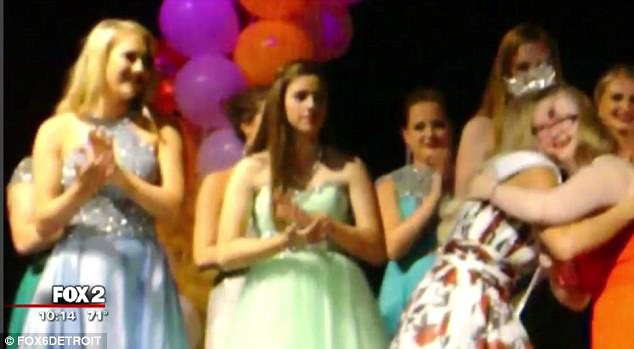 She was awarded the title of Miss Congeniality. She learned how to walk in heels and practiced her answers for the interview portion

Alyssa had previously entered noncompetitive, inclusive pageants for people with and without disabilities.

Alyssa prepared for the Miss Downriver competition for six weeks.

She learned how to walk in heels and practiced her answers for the interview portion.

She learned to sing ‘You’ll Be In My Heart’ from Tarzan by Phil Collins because it reminded her of her mom.

During the opening rehearsal on the eve of the pageant, Alyssa was asked to introduce herself and say her contestant number (four), but she hadn’t practiced the last half.

‘She froze,’ Sue told the Detroit Free Press. ‘She got all upset and started crying.’

Sue, a handful of directors and pageant sisters helped calm Alyssa down. Ten minutes later, she got back up on the stage and very slowly squeaked out her name and number four.

She got the loudest cheer in the room. 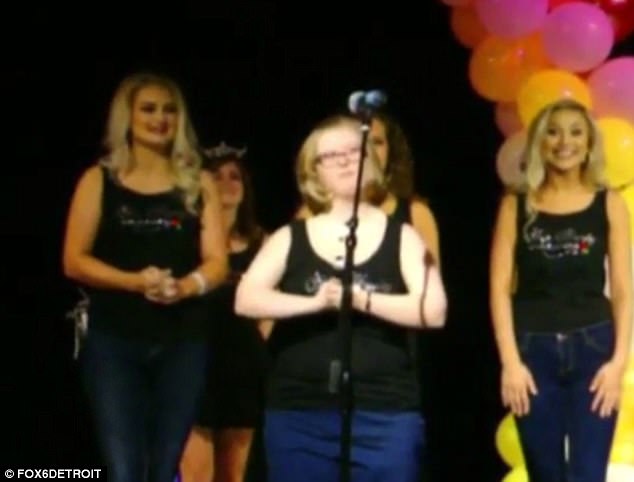 The next day Alyssa walked on stage holding onto her silver bracelet that says: ‘she believed she could, so she did.’

‘It was amazing,’ Alyssa said. ‘It was a great night. My dress was so long and red. It fit like a princess dress. I looked so beautiful in it.’

She completed everything from the talent section to the swimsuit competition.

‘She may not be as poised or have the grace that the other girls have, but she went up there and gave it her all,’ Sue said.

‘That’s all I can ask for. She was proof — it may not have been perfect — but she still did it.

She didn’t win the crown, but her pageant sisters voted her to win Miss Congeniality.

She hopes that Alyssa can be an example for people both with and without disabilities to follow their dreams.

‘There’s more than just a girl with Down syndrome,’ Sue said of her daughter.

Alyssa was born with Down Syndrome and a heart defect that required open-heart surgery at just 10 weeks old.

Growing up, Alyssa was a shy girl. She had trouble making eye contact and would look at the ground if someone asked her a question.

Today, if you place a microphone in her hands, she’ll walk on stage and command the audience with grace and without fear. 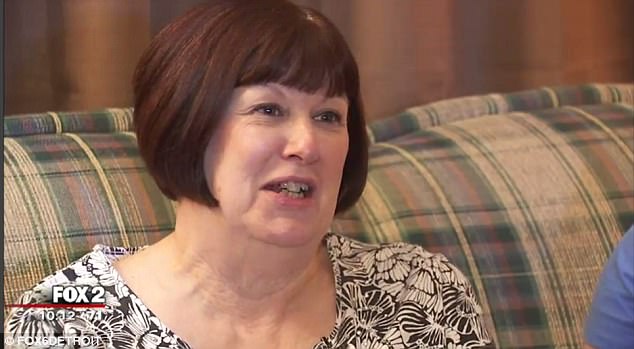 She attends Trillium Academy to learn job skills. She has her own coffee cart—Alyssa’s Lattes—and sells coffee, hot chocolate and muffins to the teachers every morning.

After school, she competes on a special needs cheerleading team called The Shining Stars. She also plays Miracle League baseball.

Alyssa has been in six talent shows at her school, three plays and competes in a yearly dance marathon at the University of Michigan where contestants have to be on their feet for 24 hours.

For four years Alyssa competed in the all-inclusive All Kids Matter pageant. This year she felt like she was too old to compete again.

When Executive Director of the All Kids Matter pageant Nancy Stahl asked if Alyssa wanted to enter the Miss Downriver pageant her mother initially had some doubts.

‘Are you sure you want to do this?’ she had asked Alyssa.

Stahl, who has known the young woman for years, believed that if anyone with a disability such as Down syndrome could compete in this pageant, it would be Alyssa.

‘Before I knew it, she had called me and had a dress and was making plans,’ said Stahl. ‘It was a really big thing for her to do that. Miss America was thrilled to have her compete.’