MISS MONEYSAVER: Do your weekly shop with friends and benefit from bulk-buy bargains

Big organisations manage to bring down costs by using their buying power to demand lower prices.

And we can do this, too, by grouping together with friends, family and neighbours to bulk-buy everyday staples and beat down the price per unit.

It’s expensive to buy in bulk on your own, particularly if you’re on a tight budget, because it requires cash up front in order to save money later down the line.

But if you join forces with others, you can share the financial burden of that initial outlay and everyone benefits as a result.

There are lots of ways to buy and save en masse. Even in local shops you can haggle with the staff by offering to buy several of an item if they can do you a deal.

Legally, there’s no fixed-and-final price for anything until cash has actually been exchanged between the seller and the customer.

I’ve done some bulk-buying with neighbours in the past and headed to London’s Portobello Road Market at the end of the day, when traders were flogging whole trays of tomatoes, satsumas and plums for a discounted rate. I came back with a few trays of stuff bought for just a few quid each and we divvied up the goodies between us.

Costco is particularly good for families or groups of neighbours who can organise themselves so that they share out the bulk purchases. Pictued: Costco, Chingford 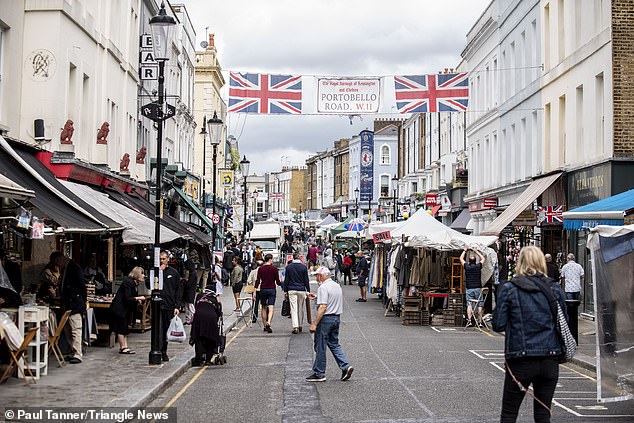 I’ve done some bulk-buying with neighbours in the past and headed to London’s Portobello Road Market (pictured) at the end of the day, when traders were flogging whole trays of tomatoes, satsumas and plums for a discounted rate

It meant none of us paid more than about £3 to get £10 worth of fruit and vegetables per person. If I’d done it on my own, I would have been eating tomato soup and tomato salads for weeks!

Or you could do a joint shop at the wholesale outlet Costco (costco.co.uk) which has stores around the country as well as online.

Be a budget beauty

One of the great perks of featuring on TV shows is getting to have my hair and make-up styled by professionals.

I’m fascinated by the cosmetic ranges they use, ranging from the high-end (Dior, Chanel, MAC) to basic supermarket brands. I’ve picked up some great money-saving tips from them.

Many swear by a basic moisturiser — and primer — called Embryolisse Lait-Creme Fluide, which comes in a pump-action bottle (pictured). I got 500ml from Feel Unique (feel unique.com) for £28. 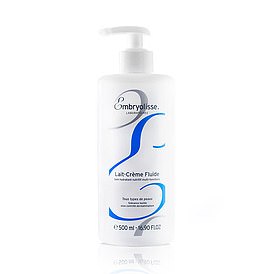 Make-up artist Justine Wade, (@justwade on Instagram) who has worked on shows including Jeremy Vine and Late Night Mash, says: ‘While I used to buy MAC and Smashbox eyebrow pencils at £15 each, I now go for Superdrug’s Revolution ones, which are brilliant at £4.

‘I’ve also bought its eyeshadow palette and the pigment is good.

‘I’ve started using concealers from Elf (£5, boots.com), a remarkably cheap brand. Kiko pressed powders (£12.99, feelunique.com) are comparable to Charlotte Tilbury, but about a third of the price.’

Emma Leon (@emmasleon), who’s worked on Strictly Come Dancing, says: ‘There’s a setting spray by Urban Decay called All Nighter which is pricey (£27 for 118ml), but Aldi has just started to do one called Lacura Long Lasting Setting Spray for £3.99, and it’s just as good.’

I find make-up artists always mention Bourjois as an alternative to costly eyeshadows.

Its Little Round Pot blushers (£8.99) and Contour Edition lip- liners (£5.99) are currently on sale at superdrug.com.

If you’re happy buying industrial-sized tins of food and huge packs of household goods, you can get some great bargains.

The catch is you need to be a member and that comes with an annual cost.

Costco has various different levels of membership but a mid-ranging one is £33.60 per year. You could share that cost with your shopping group, but you’ll also need a car to get to the outlets and to transport all the goods back home. There’s also an online-only membership option for £15.

Costco is particularly good for families or groups of neighbours who can organise themselves so that they share out the bulk purchases.

My friend Rachel set up such a group with family. She says: ‘First and foremost, think about storage when you buy at Costco, unless you’re going to share with friends and neighbours. Ask yourself, where will you put your 5kg bag of rice, big boxes of tea, your eight bottles of extra large shampoo?’

She says her family has a big chest freezer so they were able to buy trays of fish, chicken and other perishables at Costco and then divided them up into more manageable portions to store in the freezer.

‘Don’t be tempted to buy things you wouldn’t normally use just because there’s a massive saving,’ she adds. ‘I keep looking at a giant jar of marmalade my husband bought a year ago thinking if I open it it’s going to need to be eaten and I just don’t want to eat marmalade every day for a year.’

It’s also important to be canny as you go round the store as sometimes the savings at Costco aren’t worth the hassle of storage and aren’t actually savings.

For example, cat food is only marginally cheaper. Also the prices displayed are without VAT which can be confusing. You can go around the store, mentally topping up the total, only to get to the till and receive a nasty shock when tax is added.

Keeping the above in mind, it’s certainly possible for a group to save on their weekly shop.

Go through the website, create a shopping list with your friends and neighbours, appoint one person to do the purchasing, then pay them for your part of it when it arrives.

You could even do this with your local supermarket, as a number of them now have bulk-buy sections.

Sometimes it’s possible to buy electronics, household goods, clothes and other items at a discount if you buy them direct from the manufacturer, so long as you’re buying a lot of them.

Most manufacturers sell through a network of retail outlets but, if you’re interested in a producer, take a look at their website to see if they would sell direct to consumers. Some firms have e-stores and will sell at a discount to consumers there.

The clearance site, Clearance King (clearance-king.co.uk/ electrical/home-appliances.html#), offers electronic goods at a discount if you buy a minimum number. 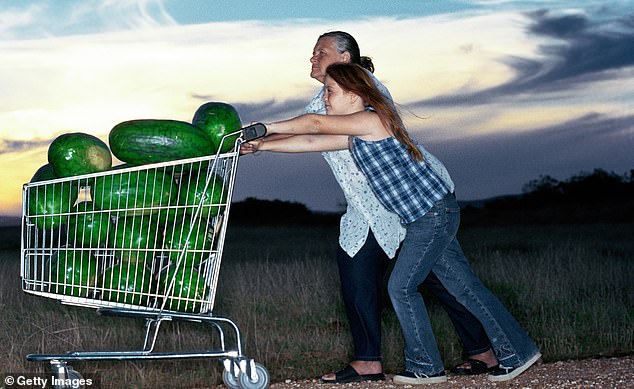 There are lots of ways to buy and save en masse. Even in local shops you can haggle with the staff by offering to buy several of an item if they can do you a deal

It tells you the price per item, the available stock and the minimum number of the items you can buy for that price.

For example, it has Daewoo kettles at £20.05 each, but the minimum you can buy is six.

The normal shelf price is £29.99, so that’s a decent saving, but you’d either have to find five others who also need the item or list the ones you don’t want for sale onleine, to hopefully sell them at a profit.

There is also PoundWholesale (poundwholesale.co.uk/) which bulk sells everything from pet supplies to homeware and baby supplies at a discount.

Finally, don’t forget to ask for a discount if you book a group of friends or family to go away on holiday. Most airlines and tour operators will offer discounts, or even allow one person to go for free, if the group is for ten or more people.

Dean Schiavi, of the tour operator Tradewinds, says: ‘It varies per hotel chain and operator but, for example, AMR Collection (which includes Secrets and Breathless, Dreams etc) will count a group as 15 rooms irrespective of the number of people. And then give you a free room for the 16th room.

‘So if you could fill 16 rooms you can divide the cost of 15 rooms among everyone.’

So you see, it really does pay off to shop around as a group!

The freebies to save you cash this month

Who doesn’t love a freebie? I do, so I thought I’d do a round-up for this month.

Octopus Energy is handing out 10,000 free electric blankets throughout October to elderly or infirm customers who cannot move around much in their homes. Octopus claim these blankets will help customers reduce their bills by £300 per year.

If you or someone you know could qualify, get in touch with them at the Octopus website (octopus.energy/blog/free-electric-blankets- for-our-most-vulnerable/).

Also October is Free Wills Month in England, Wales and Northern Ireland. With this you can get a will written for you for free by a local solicitor. You are under no obligation to leave a bequest but it is hoped those who take up the offer may use it to help a favourite charity. There’s a big choice, including RNLI, NSPCC, Age UK, Breast Cancer Now, British Heart Foundation and the Samaritans. 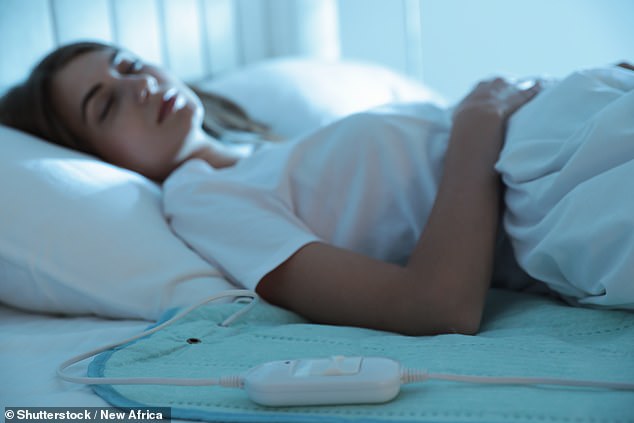 Octopus Energy is handing out 10,000 free electric blankets throughout October to elderly or infirm customers who cannot move around much in their homes. (File image)

You’ll save yourself the £200-odd it would normally cost to draw up a will professionally. Find out which local solicitors are taking part on its website (freewillsmonth.org.uk/).

If you’re in Edinburgh, take part in a free ‘Big Swap’ on October 29 where you can exchange clothes and other items. See Eventbrite.co.uk.

Are you a Brummie — or do you just love Birmingham? Well, now, a company based in the city wants to hear all about it and reward your passion for the area.

Yuup is looking to pay a ‘Brumbassador’ to enjoy the city’s delights for one day. You can choose from a range of experiences, including decorating macarons with sugar paint, visiting a dog cinema and going on a gin cruise along the canals.

All you have to do in return is report back on your city outings — and then you will be paid £500. 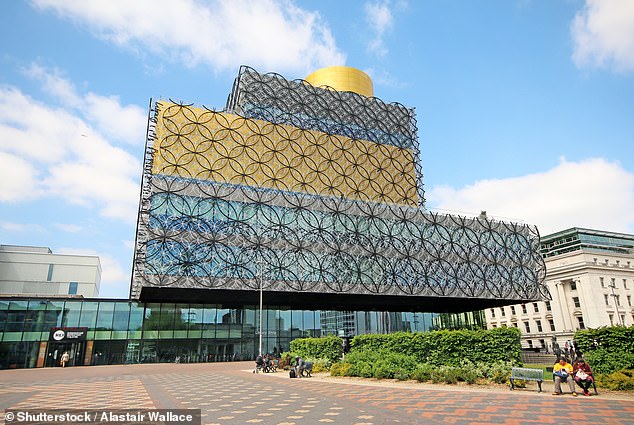 Yuup is looking to pay a ‘Brumbassador’ to enjoy the city’s delights for one day. Pictured: Birmingham library

To apply, fill in the application form (at say.yuup.co/brumbassador) before October 21 and explain in 100 words or fewer why you would be perfect for the job.

So here’s a daft question: would you like to receive a luxury beauty advent calendar that usually costs £245, with contents worth more than £1,000 — for free? Of course you would! And that’s what you’d get if you were picked by Liberty to be the store’s seasonal tester.

The Liberty Advent Calendar is always one of the fastest sell-outs of the season and is full of some of the most popular beauty brands, from 111SKIN to UOMA.

Fill in the application form at (libertylondon.com/uk/department/beauty/beauty-advent-tester.html) and submit it by midnight on November 9 to be in with a chance.

If you’re looking to update your pooch’s kit, take advantage of an exclusive 20 per cent discount at Fetch Club Shop (fetchclubshop.co.uk) using my online code.

The pet store’s leads, treats and toys have all been handpicked by a professional dog trainer.

Fetch Club Shop even has its own range of vegan leather leads, all-natural treat boxes, cute toys and more. Simply input the code JASMINE20 at the checkout before October 30.