The creative style director of Donald Trump’s Miss Universe pageants has told DailyMail.com he is praying for the president because of his conduct towards women.

Phillip Bloch, who has also styled Melania and Tiffany Trump, said that the president was one of the men he had considered a friend along with Harvey Weinstein and both men  should ‘find help for what is wrong’ in the wake of the Me Too movement.

Bloch, 57, told DailyMailTV this week how he was raped as an 18-year-old virgin by one of the New York nightclub scenes most powerful and influential men, but did not process the experience until recently.

He first became a fixture on the club scene and now in the Hollywood and fashion worlds as one of the best-known stylists.

He told DailyMail.com how his career had enabled him to become a friend of three of the most high-profile men now accused of sexual misconduct – Trump, Harvey Weinstein, and Russell Simmons.

Trump has been accused of sexual harassment by at least 15 women but has denied any misconduct.

Speaking out: Phillip Bloch told DailyMail.com about his friendships with three of the most high-profile men accused of sexual misconduct – Trump, Harvey Weinstein, and Russell Simmons 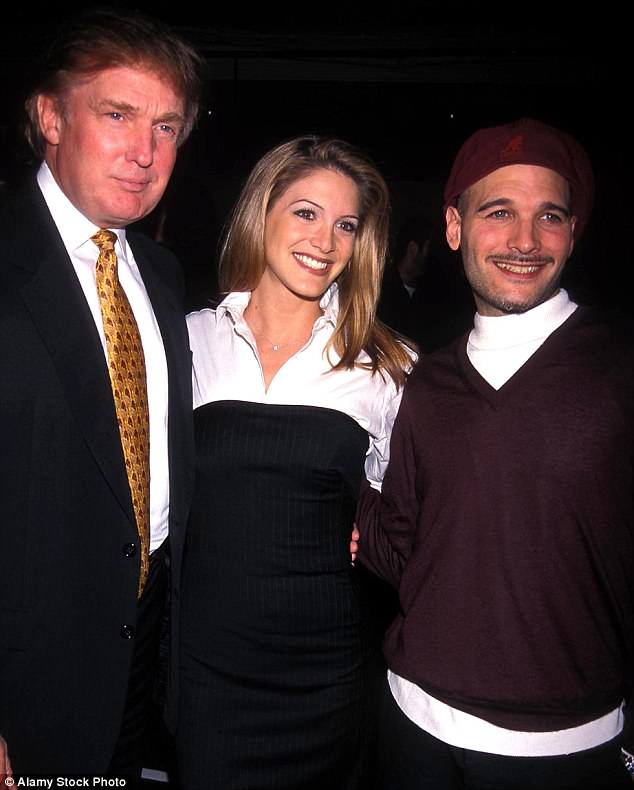 Bloch, who was the creative style director of Donald Trump’s Miss Universe, says his former boss loved the pageants ‘because he was around beautiful women’ and objectified them. Above he is pictured with Trump and Miss USA Shawnae Jebbia in 1998

Weinstein has been accused of a string of rapes and sexual assaults while Simmons has denied a series of rape claims.

Bloch worked with Trump in the early 2000s as creative director for Miss Universe and Miss Teen USA, and more recently styled Tiffany Trump for the inauguration weekend.

‘Donald was my boss – he was a bigger-than-life character,’ he said. ‘It is locker room talk to him – the whole world is his locker room.

‘He loved the pageants because he was around beautiful women. I think Trump thought of himself as Hef [Hugh Hefner].

‘But there’s an interesting difference – Hef never spoke of women like that, but Donald does.

‘Hef treated woman with respect – I worked with him and I got to go to the mansion and the Grotto. Hef really loved women – and there’s maybe the difference – Donald doesn’t really love women.

‘Donald sees women as objects – for his viewing pleasure.’

Bloch’s extraordinary career has put him at the center of celebrity culture of four decades. 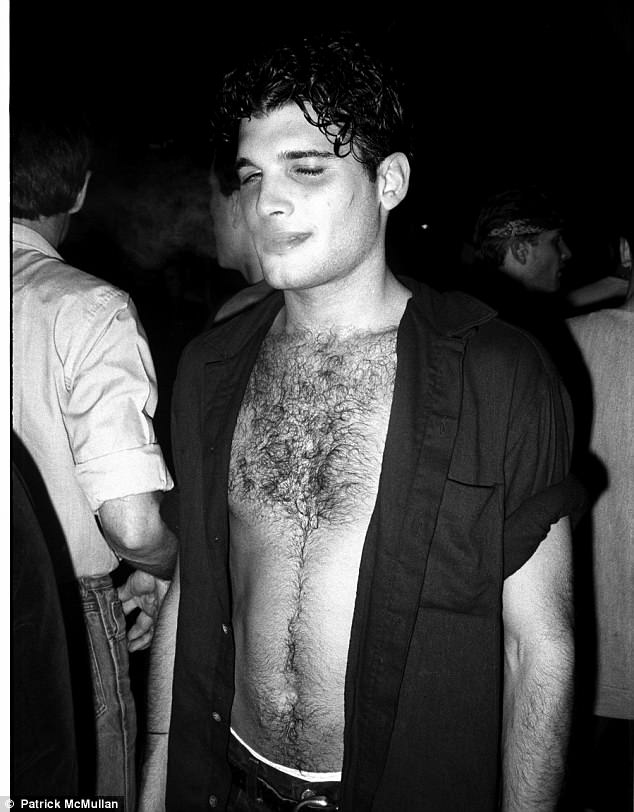 The nature of his work means he has long been surrounded by beautiful women – including many whom have come forward to accuse Weinstein of sexual assault, including Salma Hayek, Rose McGowan, Uma Thurman, and Annabella Sciorra.

He told DailyMail.com that he was encouraged by their bravery to confront his own rapes, the first assault by New York nightclub owner, Peppo Vanini, in the late 1970s when he was an 18-year-old virgin and later by a journalist he met at a party in Paris.

He told DailyMail.com: ‘As many of my girlfriends have harbored their stories, I hid my ordeals. I didn’t know a man could be raped until a couple of years ago.

‘The universe forces you to confront these issues that you have inside of you.

‘I think the rapes took something away from me and that made me want to give people something back. Even though it was very painful and negative, it’s important to keep a positive perspective.

‘In the last few months, after Salma, Annabella, Uma, Rose, and my friend Terry Crews, every time someone came out with their story, I would think – can I do this?’ 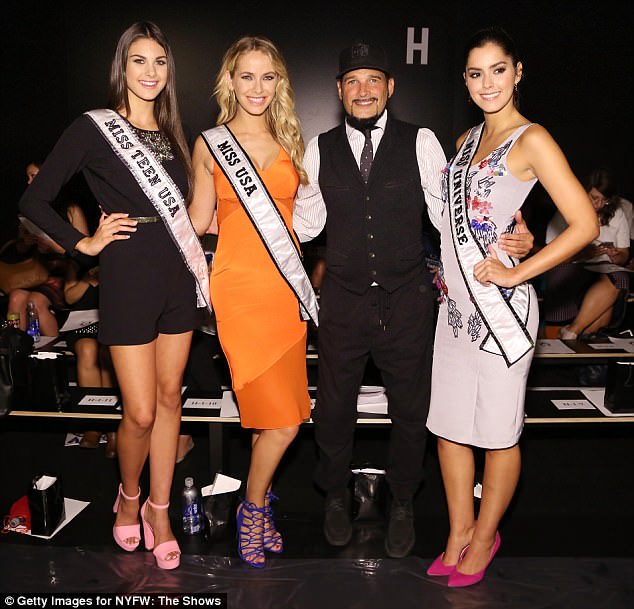 Bloch’s extraordinary career has put him at the center of celebrity culture of four decades and beautiful women – including many whom have come forward to accuse Weinstein of sexual assault. Above he is pictured with beauty pageant contestants 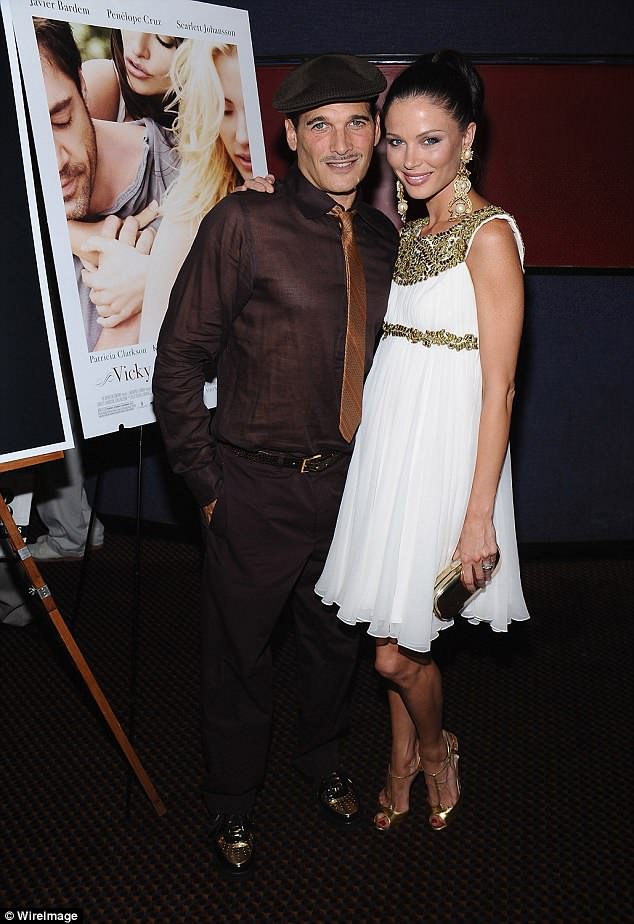 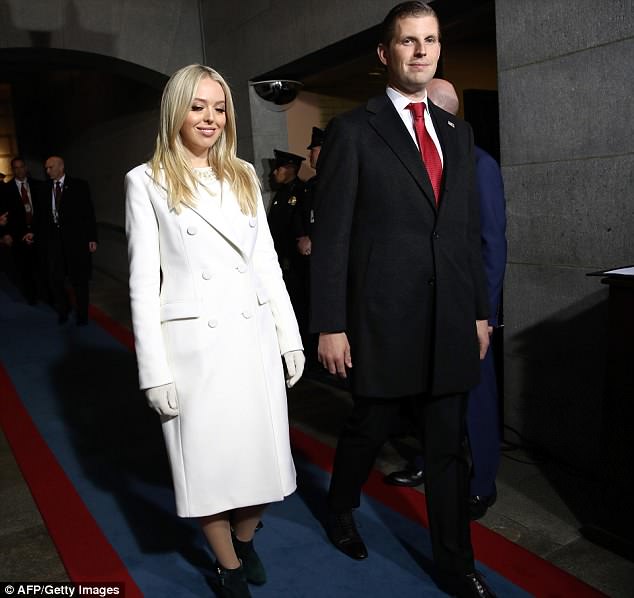 Bloch was said to have styled Tiffany Trump (pictured in Washington D.C.)  for the inauguration weekend

His closeness to those women and in contrast, his previous friendships with Weinstein and Simmons, have left him feeling conflicted about how to understand what happened.

‘I had a good working relationship with Harvey Weinstein – we were supportive colleagues,’ Bloch told DailyMail.com.

Bloch was one of the first stylists to dress clients in Marchesa – the designer label created by Weinstein’s wife Georgina Chapman – at the urging of the disgraced mogul.

‘Harvey was always glad to see me at his parties, I was the connector. I brought beautiful girls,’ Bloch said.

‘I remember Salma’s first encounters with Harvey and through parts of the time of the making of Frida when he just showed up on the photo shoot set. I remember her being so stressed about it.

‘[Salma] talked about the monsters, and I thought that that was just such an interesting word to use because they are like monsters. It changes the way you do things because your scared of the monsters and the monsters manipulate your behavior.’

He added: ‘I love Georgina Chapman – what did she really know? That’s such a big question in Hollywood, and the fashion circles.

‘That’s the father of her children and was her husband. It’s a very sad situation.’

After Bloch disclosed the horrifying ordeals of his own rapes, he believes it crucial to identify offenders and he commends his friends for coming out about their own abuse. 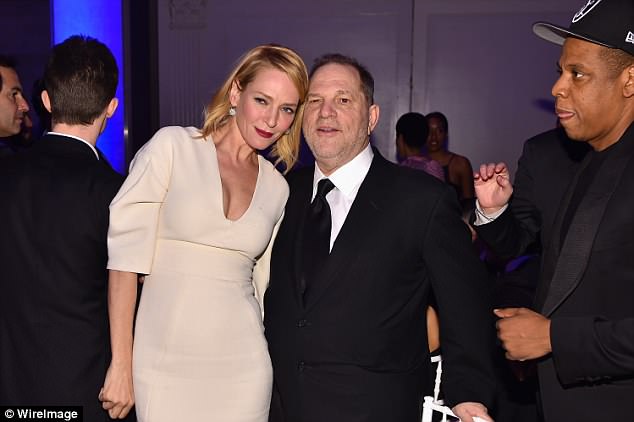 Weinstein (pictured with Uma Thurman) was allegedly always glad to see Bloch at his parties because he was ‘the connector’ and ‘brought beautiful girls.’ 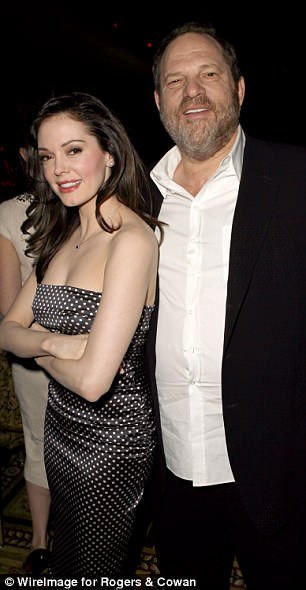 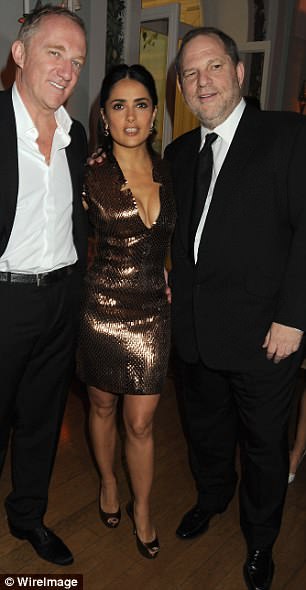 Bloch recalled Salma Hayek’s first encounter on set with Harvey Weinstein.  ‘[Salma] talked about the monsters, and I thought that that was just such an interesting word to use because they are like monsters,’ he said

‘Eva LaRue was allegedly harassed by Steven Seagal and I met my friend Annabella Sciorra after Harvey.’

Sciorra told the New Yorker that Weinstein violently raped her in the 1990s and then subsequently sexually harassed her and worked to destroy her flourishing career.

Bloch said: ‘I remember Annabella telling me the story. One time, we were going to a party at Oscar time in Hollywood. Harvey was always glad to see me at his parties because I brought beautiful girls – except this night I brought Annabella Sciorra.

‘He wouldn’t let her in – eventually we got in – but he tried to keep her out of his party. It was mean and weird.’

Many of the stories that are being made public now are badly-kept secrets on the Hollywood circuit, Bloch says.

‘Beverly Johnson has the [alleged] experience with Bill Cosby and Kate Upton complained about the owner of Guess [Paul Marciano].’ Both men deny wrongdoing.

‘They [alleged attackers] justify – whether it’s Donald [Trump] justifying it as “locker room talk”, or Harvey [Weinstein], however he justifies something, jerking off in a bathroom or a potted plant.

‘You’ve got to identify so people know. Now we know. Don’t go where Harvey is, don’t go into the hotel. And use that across the board.’

Simmons is another celebrity now identified as an alleged sexual abuser who Bloch considered a friend.

Bloch said: ‘It’s very confusing to navigate through friendships when they’ve only done nice things and been helpful to you.

‘Someone said something very interesting to me recently about all the monsters, the predators, whether it’s Harvey or Russell – “These men all treated you differently. They marginalized you because you were gay, so you were no longer a sexual threat.”

‘They saw me as a eunuch because there was no sexual context to me except I was a conduit to the beautiful girls they loved.’

With former colleagues and friends on both sides of the Me Too movement, Bloch believes we need to be cautious with our contempt.

The stylist said: ‘I think it’s very important that we don’t come out with the torches.

‘One of the things that I’m most scared of in the future for this movement, Me Too and Times Up, is that there will be witch hunts and people will be falsely accused.

‘Unfortunately, what’s going on in this climate right now is the minute that someone says you did – suddenly you’re guilty. In America you’re innocent until proven guilty and it’s not the case right now.’

Bloch says he’s not making excuses for anyone but is simply seeking the truth.

There are more stories to come, he says.

‘No one tells you when you’re a little kid, that the movie star has monsters,’ he says.

‘I think the saddest stories are to come, of course probably because they’ve been hidden longer and they’re still scared to come out.

‘I pray for Russell, I pray for Harvey and I pray for our country because of our president.

‘I pray that those men find help for what is wrong because there is clearly something wrong.’

Bloch hopes that by he and others telling their stories, it has a ‘trickle-down effect’ and changes the landscape of sexual harassment and assault for ‘the guy that works at the Gap or the girl who works in an office building’.

‘There is sexual harassment all over the place,’ he said.