A Miss Venezuela sex scandal has led to the competition being suspended after former contestants claimed officials gave cars and free holidays to models who performed sexual favours.

Organisers of the contest launched an internal investigation into a social media feud between former participants who have accused each other of receiving freebies from officials in exchange for sexual favours.

Officials stepped in to investigate after weeks of social media mudslinging among contestants.

Two contestants, Annarella Bono and Rocio Higuera, are known to have hurled insults at each other on Instagram. 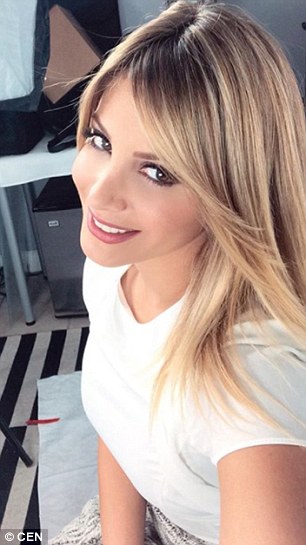 The Miss Venezuela Organisation, owned by the family-run company Grupo Cisneros, said they will investigate if any contestants violated the contest’s code of ethics.

In a statement, organisers announced: ‘In light of events discussed on social networks and blogs by some people linked to Miss Venezuela events, we have decided to launch an internal investigation to establish whether contestants have violated our strict code of values and ethics.

‘All casting for Miss Venezuela and Mister Venezuela pageants are temporarily suspended.’ 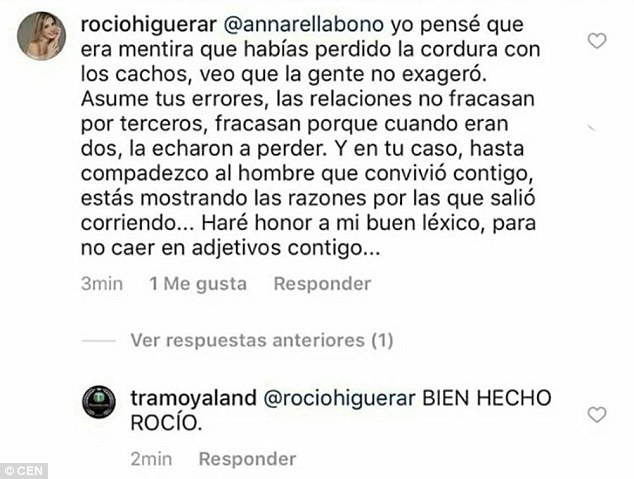 Alongside the investigation, organisers will review the event’s rules and structuring as well as consider the creation of a new committee.

‘Venezuelans can rest assured that we will do all we can to clean up any malpractices.’

‘Our organisation is committed to defending the rights and empowerment of our contestants, which has always served as a symbol of strength for Venezuelan women.’ 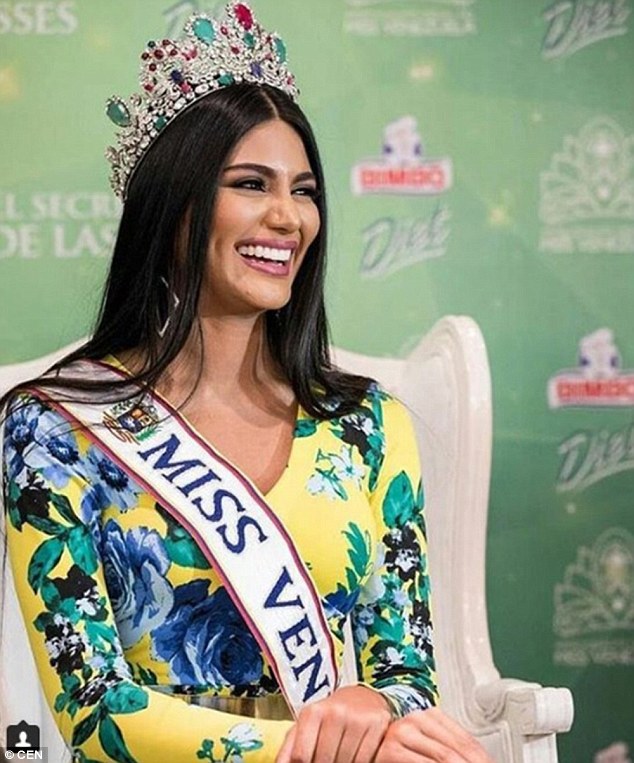 Sthefany Gutierrez, who was crowned Miss Venezuela 2017, has remained silent on the matter

Allegations that young models were looking to climb the social ladder through romantic liaisons with corrupt officials and businessmen caused outrage in the beleaguered South American country.

Poverty and hardship is rife as authorities fail to stem the financial crisis and crippling hyperinflation.

The national currency has become largely useless and Venezuelans are reported to be fleeing their homeland in huge numbers.