A British mother who vanished from a Coles supermarket in Sydney just days after touching down in Australia for a holiday has been found safe and alive.

Lynn O’Reilly, 69, who suffers from mild dementia, was last seen shopping at Coles in Crows Nest, in Sydney’s north on Wednesday afternoon.

She was seen on CCTV buying laundry detergent and leaving the supermarket at 3.45pm, but never made it back to her apartment less than 600metres away.

Her daughter Karen Parsons spent the night searching the streets of Sydney with her father and has issued a desperate plea for help.

‘My mum has been missing since 3.45pm yesterday, we have been out searching for her all night,’ she said. 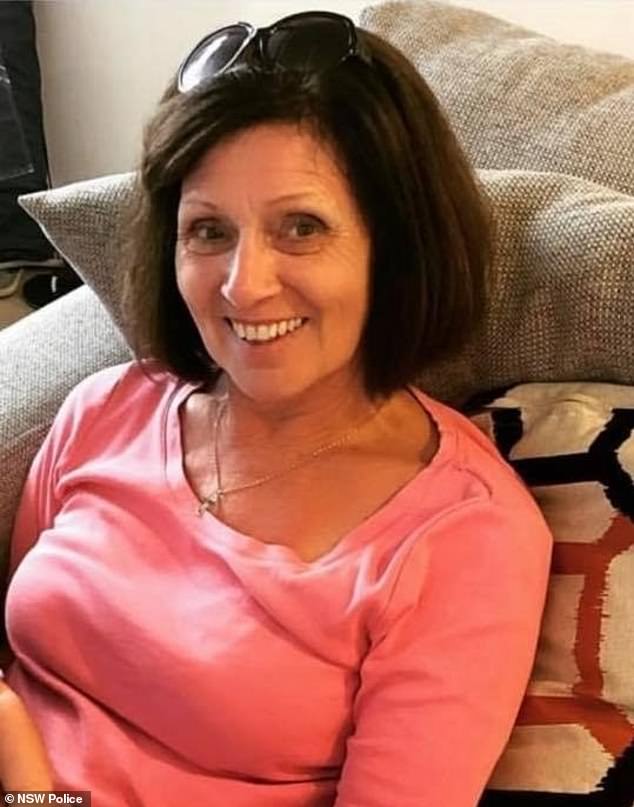 The British mum (pictured) hasn’t used any of her bank cards or turned on her phone since vanishing at 3.45pm on Wednesday

‘We have been driving and walking around all night,’ Ms Parsons said.

Ms Parsons said her mother had no cash on her and hadn’t made any transactions on her credit or debit cards.

Her mobile phone has been switched off since she vanished.

‘She has very mild dementia and is often not aware of her surroundings and can make a wrong turn, but she has more than enough mental capacity to approach someone to tell them she is lost,’ Ms Parsons said.

After a public appeal for help, Ms Parson revealed her mother had been found safe and alive 16 kilometres away in the suburb of Pymble at 12.25pm on Thursday.

‘I can not begin to express my gratitude, and thank you to everyone that shared this post to reach as far as Pymble where she was located,’ she said.

Mrs O’Reilly had arrived in Sydney with her husband from the UK last Wednesday. 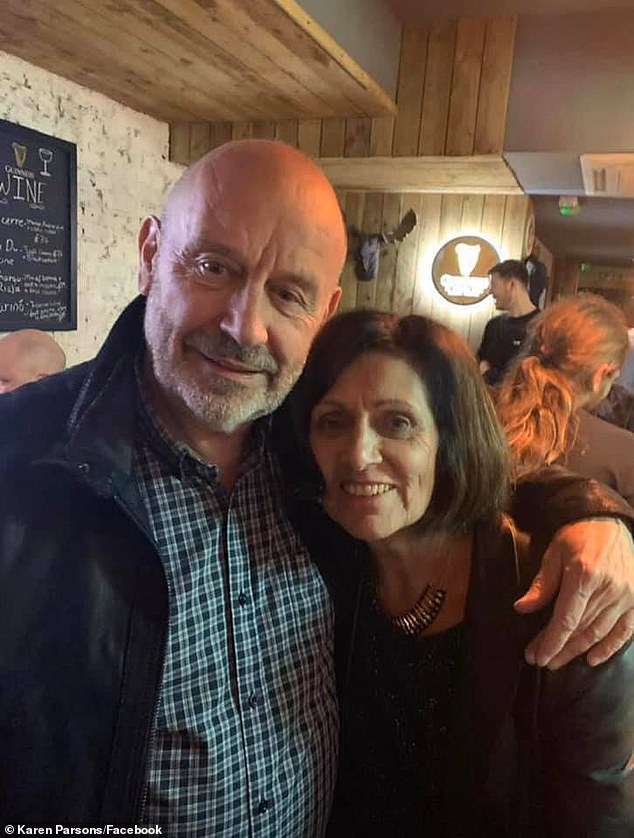 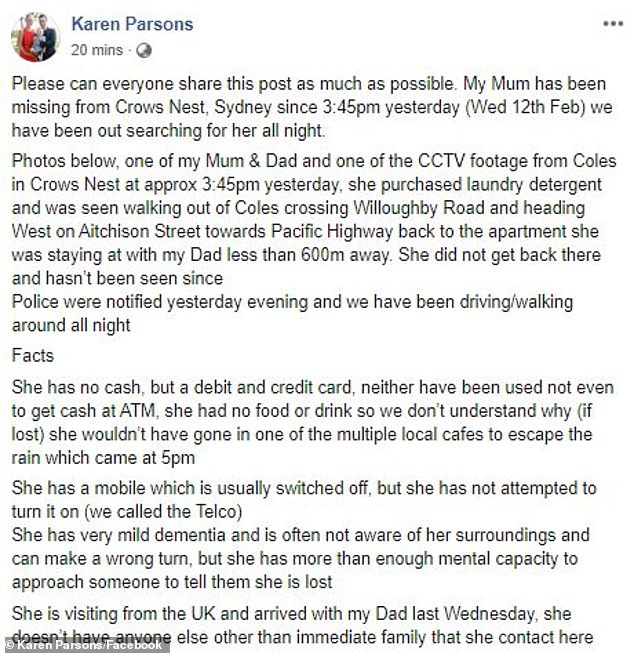