Harrowing details have emerged of how a young mother, grandmother and two children drank from puddles and used their vehicle’s mirrors trying to get the attention of rescuers during their 48-hour ordeal lost in the outback.

Darian Aspinall, 27, her two children Winter Bellamy, 2, and Koda Bellamy, 4, and their grandmother Leah Gooding, 50, have been reunited with loved ones after they spent two days lost in far-west NSW.

The family travelled through the region on Sunday on their way through to Adelaide, their final destination.

They had planned to spend the night in the remote township of Packsaddle on Sunday night to meet with the children’s father, but his family never arrived.

He reported his loved ones as missing, sparking a major search operation spanning much of far-west NSW with the help of authorities from three states.

The family were miraculously found safe and well by a rescue helicopter late Tuesday afternoon, more than 100km from their intended destination.

It’s understood they became stranded after taking a different route along a road badly affected by recent weather.

Darian Aspinall (left) was travelling with her children Winter Bellamy (left) and Koda Bellamy, four, and their 50-year-old grandmother when the family became stranded

‘I’m beside myself that we ended up in this situation but couldn’t have asked for a better outcome,’ an emotional Mr Bellamy told Nine News.

‘It was the best phone call I’ve ever had in my life after two days of horror, not knowing what to do.’

The family used the mirrors of their Hyundai Tucson in a desperate attempt to attract the attention of search aircraft.

They had spent the last two days surviving on water from a roadside puddle.

After capturing the attention of an air rescue crew, the family were checked at the scene by paramedics and airlifted to Tibooburra for further assessment before being reunited with loved ones on Tuesday night.

The family are reported to be tired but fine.

‘I can’t believe they managed to stay as strong as they did… they looked after each other and just tried to ration everything out,’ Mr Bellamy told Seven News. 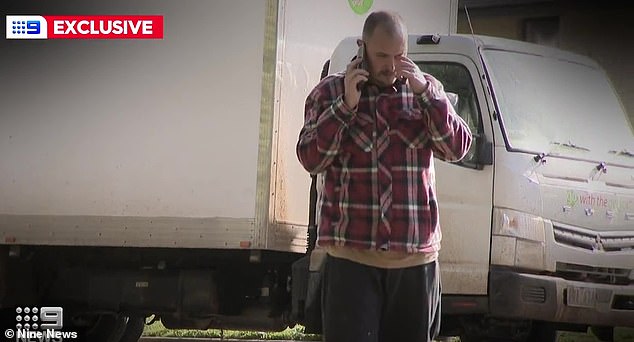 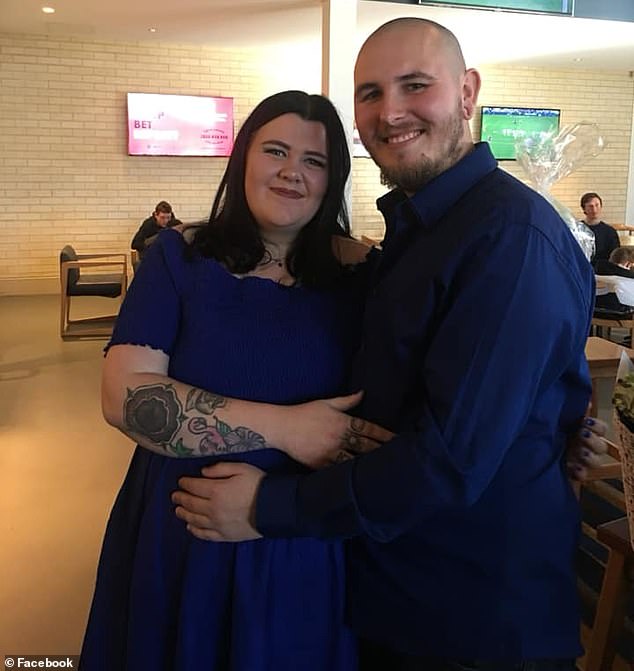 Linny Bellamy (right) spent two days not knowing what had happened to his fiancée Darian Aspinall (left) and their two children. He had been travelling a few hours hours behind them

He later wrote on Facebook: ‘My family has been found safe. They’re being transported to hospital and back home to me.

‘Thank you everyone for your messages and support. Could not feel more relief.’

It had been a much different story a few hours earlier with Mr Bellamy pacing outside his home and heartbreaking public appeal.

‘We are doing everything we can to get this out so they’re found safe,’ he wrote.

‘Every passing moment my heart breaks more and more.’

The couple and their two children had spent the last year living in Cairns in far north Queensland but recently decided to return to Adelaide, where they’re originally from.

The couple have been together for six years and became engaged last November while Winter celebrated her second birthday just last month. 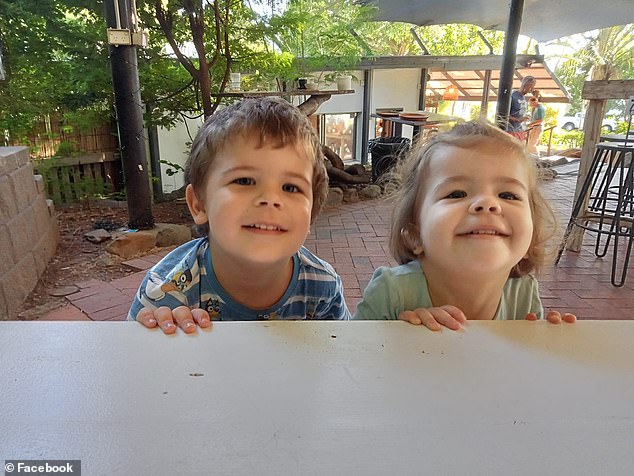 Koda Bellamy, four and his sister Winter, two, were on a road trip with their mum and grandmother during a move to Adelaide across three states when they became stranded